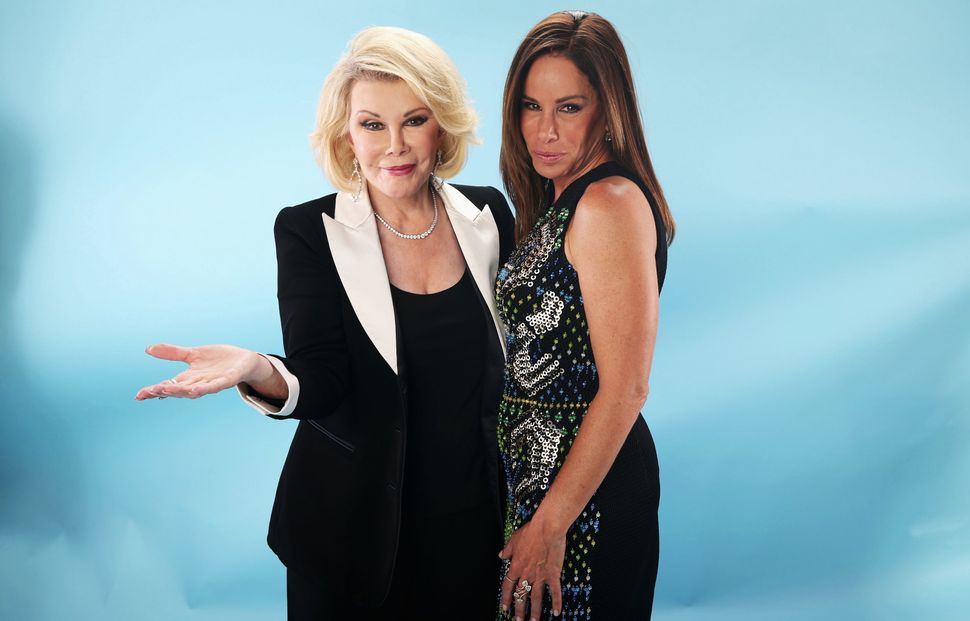 Only four months after Joan Rivers passed away unexpectedly from complications following surgery, Melissa Rivers was offered the chance to play her onscreen.

The resemblance is uncanny. But in , Rivers joked that her mother would not have been impressed with the casting.

“I think she would be a little miffed that they didn’t have Cate Blanchett playing her,” Melissa deadpans to VF Hollywood during a recent phone call. “I think she would have wanted Cate or Helen Mirren, had it been in the later years, because, of course, when you think of my mother you think of willowy and English.”

Rivers added that she hesitated before accepting the role — how could she play Joan when she was still grieving for her mother? But Joan Rivers was never one to pass on an opportunity — and neither is her daughter.

“I could hear my mom’s voice in my head going, ‘You get to work with David O. Russell, Jennifer Lawrence, and Bradley Cooper… What are you doing even questioning this?”

It also helped that Joan “adored” Bradley Cooper, who co-stars with Lawrence in the movie.

“They were on a flight together once and he behaved like such a gentleman,” Rivers said. “My mother never forgot he put her bag in the overhead compartment and got it down for her. It was [comedian] Nick Kroll and Bradley and my mom all on the same flight, and my mother became like den mother. She’s like, ‘O.K., we’re all going to chat. Now we’re all going to go to sleep.’ Then she was like, ‘Goodnight, everybody,’ and everybody went to sleep. Then, they walked her out of the terminal and carried her bag. She loved that stuff and she was a fan of Jennifer’s.

“Jennifer walked up to me on set and quoted her favorite ‘Fashion Police’ line from over the years back to me, which was my mom saying, ‘That dress is so ugly, it looks like it would be good at math.’ What a way to break the ice with me.”

“Joy” opens in theaters on December 25. Dress nice. Joan can see you.