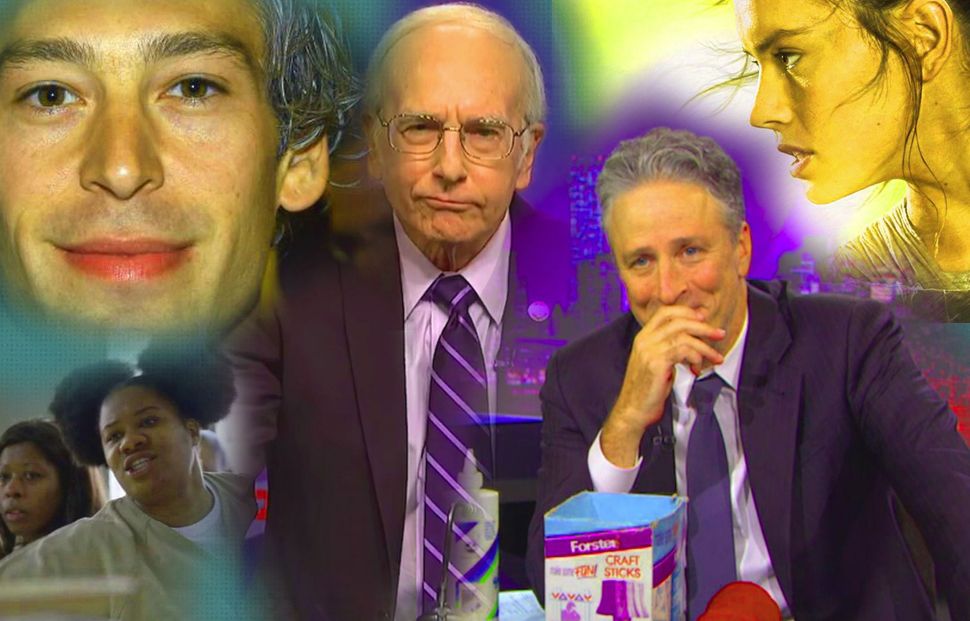 (JTA) — This year, as always, Jews contributed to the worlds of art, music, literature, film, television, comedy — and even Instagram modeling. Here are some of the moments that made members of the tribe stand out in the increasingly bizarre, fast-paced whirlwind of American pop culture.

One of the world’s most prominent Jewish comedians imitating the buzzworthy Jewish presidential candidate would have been notable regardless of the act’s execution. But on “Saturday Night Live” in October, Larry David aced the role he seemed born to play: fellow Jewish curmudgeon and Vermont Sen. Bernie Sanders. From his Brooklyn-tinged voice to his energetic hand gestures, David did a “prettay, prettay, prettay” good job. 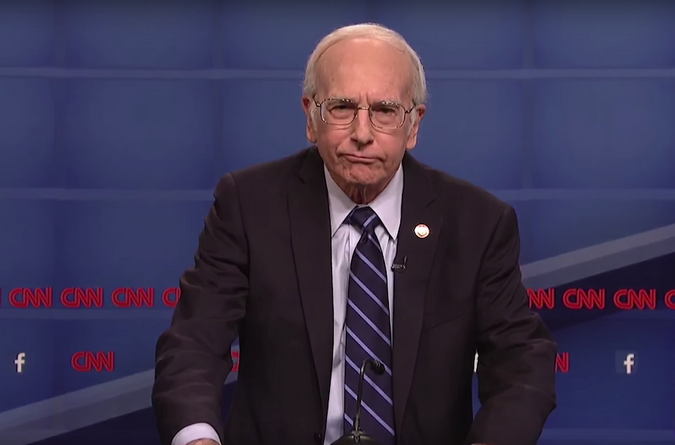 2. The opening of “Star Wars: The Force Awakens”

The release of seventh film in the “Star Wars” franchise was probably the most hyped pop culture event of the past decade, let alone 2015. It shattered a slew of box office records when it opened Dec. 18, earning $250 million in its first weekend alone. But not only is this a major American — nay, global — happening, it’s a Jewish one, too: The creative minds behind the project are Jews J.J. Abrams (“Lost,” “Star Trek”) and Lawrence Kasdan (“The Empire Strikes Back,” “Return of the Jedi”) who re-wrote an initial script penned by Michael Arndt. Abrams, who also directed the film, said in August that the idea for the movie’s villains “came out of conversations about what would have happened if the Nazis all went to Argentina but then started working together again?” 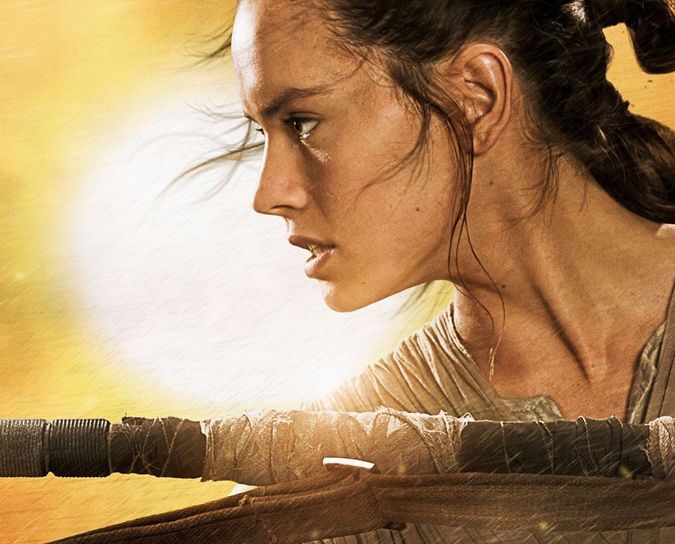 3. Sharon Jones and the Dap Kings’ performance on “8 Days of Hanukkah” on “The Late Show”

Sharon Jones and the Dap Kings, a 10-piece Motown-styled band, had already been a favorite of hipsters and soul enthusiasts alike. But they won over a new crowd of Jewish fans with the release of their song, “8 Days of Hanukkah” on their recent holiday album. The band’s performance of the song on “The Late Show with Stephen Colbert” showcased singer Jones’ soulful spunk and established the song as the season’s funky new Hanukkah anthem.

4. Jon Stewart’s montage of his Jewish moments on “The Daily Show”

In July — two weeks before Jon Stewart left the show he transformed into a cultural cornerstone — Sen. Chuck Schumer made a surprise appearance, prompting the comic to show a video of some of the program’s most Jewish moments (which include his pronunciation of several Yiddish phrases and his famous comparison of Easter candy to the items on a seder plate). Warning: Longtime “Daily Show” fans might get teary-eyed with nostalgia. 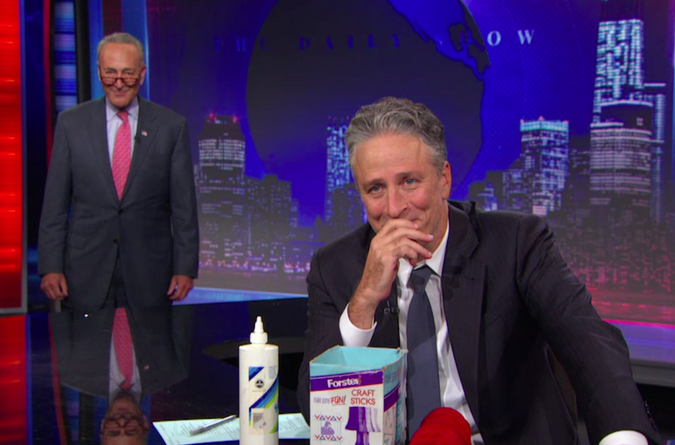 5. Lena Dunham’s New Yorker piece about her Jewish boyfriend — or was it her dog?

Among her many talents, Lena Dunham, the Jewish creator of HBO’s “Girls,” can safely count a knack for offending large numbers of people. In March, Dunham penned “Dog or Jewish Boyfriend? A Quiz,” a humor piece in the New Yorker that jokingly compared the two subjects in its title. We don’t know if her real-life Jewish boyfriend (Fun! guitarist Jack Antonoff) was offended, but several Jews (and non-Jews) took issue with the piece, citing old stereotypes that perniciously compared Jews to dogs. 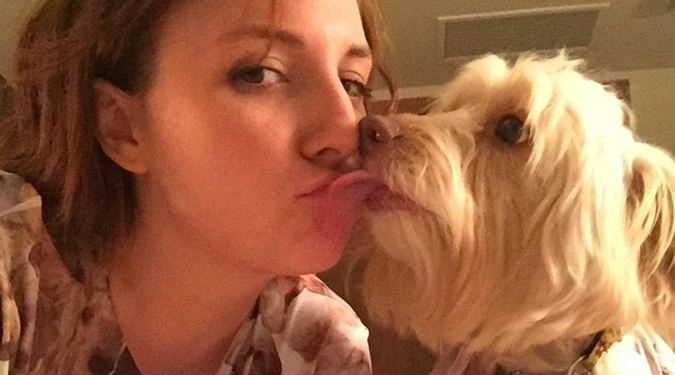 6. Matisyahu playing at a festival he was disinvited from

Matisyahu may no longer sport a large beard or be affiliated with the Chabad movement, but his Jewishness was front and center once again in August. European BDS protesters successfully forced a Spanish festival to disinvite him from playing for his refusal to declare his support for a Palestinian state. After a wave of public backlash to the decision, Matisyahu eventually was invited back and defiantly played the song “Jerusalem” in front of a crowd that flew Palestinian flags. “Let music be your flag,” he said during his set. 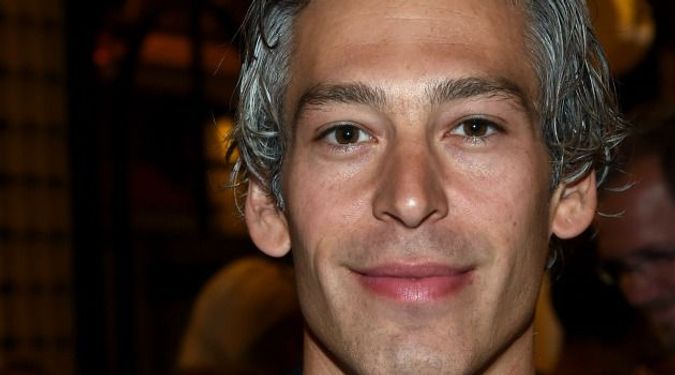 From the Beastie Boys to Drake, the music industry has seen its share of Jewish rappers. But none have tackled the humor of white (and Jewish) suburban America quite like David Burd, aka Lil Dicky. After creating a series of music videos with millions of views, Burd, a former advertising writer, released a full album, “Professional Rapper,” in July. Featuring the likes of Snoop Dogg, T-Pain and comedian Hannibal Burress, the album peaked at No. 7 on the Billboard 200 chart — and hints that Lil Dicky’s ambition in the industry goes far beyond white-boy comedy. 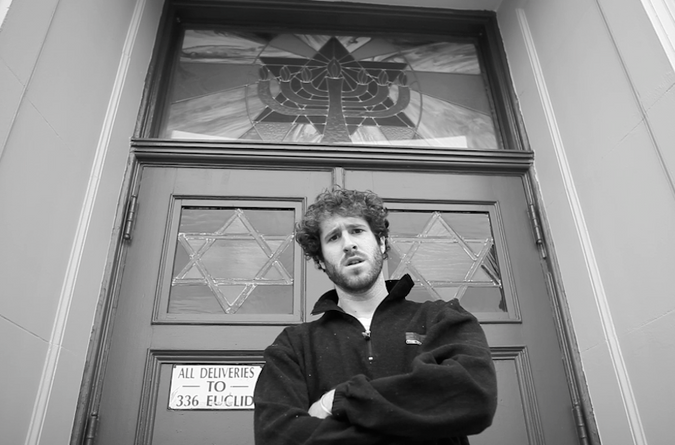 Item No. 6 is brought to you by the letter “J.” After a successful rise in the Jewish dating game, the matchmaking app JSwipe was sued by older (and larger) competitor JDate for its usage of the letter “J.” Though the suit began in fall of last year, the case stayed under wraps until this summer when a Forbes writer unearthed it for the public, causing a wave of ridicule and commentary. JDate also claimed to own the patent to the matching technology used by a host of other dating apps. 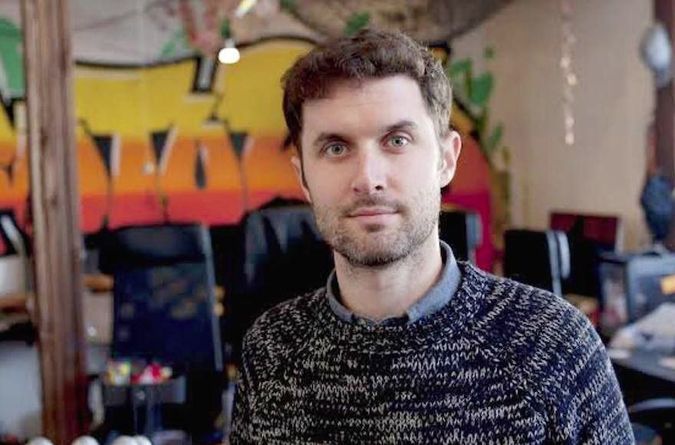 9. Amy and Chuck team up for gun control

Comedian Amy Schumer found herself involved in the gun control debate in the wake of a violent shooting at a Louisiana theater that was showing her movie “Trainwreck.”(This happened just weeks after her childhood rabbi called her a “sweet, funny kid who often asked probing and humorous questions” at Hebrew school.) Sen. Chuck Schumer, her second cousin once removed, joined her in launching a campaign for gun control shortly after the shooting in late July. 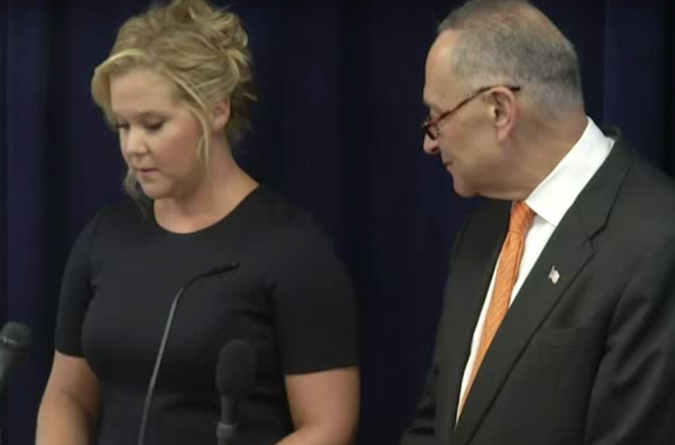 10. Cindy’s conversion on “Orange is the New Black”

In a year filled with big Jewish TV moments — from Don Draper sitting shiva on “Mad Men” to the hilarious casting of Ilana’s Jewy parents (Bob Balaban and Susie Essman) on Comedy Central’s “Broad City” — the most memorable had to be Cindy’s growing interest in Judaism (first jokingly, then seriously), culminating with her conversion in the season finale of Netflix’s hit “Orange is the New Black.” 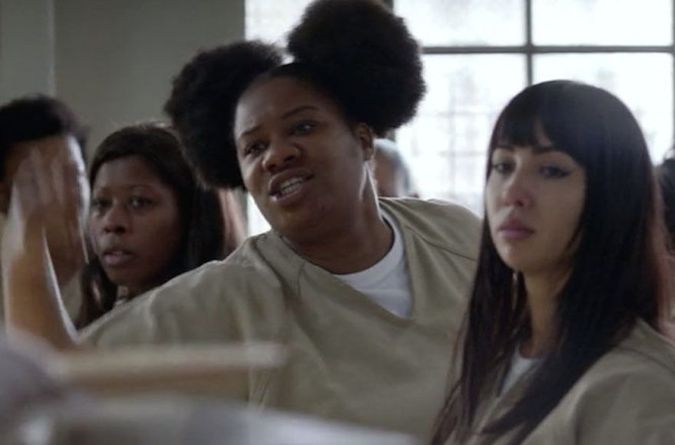 Image by Courtesy of Netflix