For the second annual we scoured the internet for some wobbly plastic figurines of Jewish celebrities and historical figures. You wouldn’t believe how many we found. Some were easier to spot than others, like Harrison Ford as Han Solo, or Golda Meir in her famous skirt suit. But it was the familiar shock of white hair and comically sweet smile of a multitude of Albert Einstein bobbleheads that wins the Internet for us today. You can fill your home with at least a dozen different Einstein bobbleheads if you search long and hard enough.

We were, however, surprised and disappointed by the lack of bobbleheads for uber-famous Jews like Barbra Streisand, Charlie Chaplin, Mel Brooks and others. But with so many affordable and customizable bobblehead websites, it’s only a matter of time before everyone has a bobblehead of themselves.

Here are some of our favorites for National Bobblehead Day:

The Notorious RBG is just as fierce in minuture plastic form. 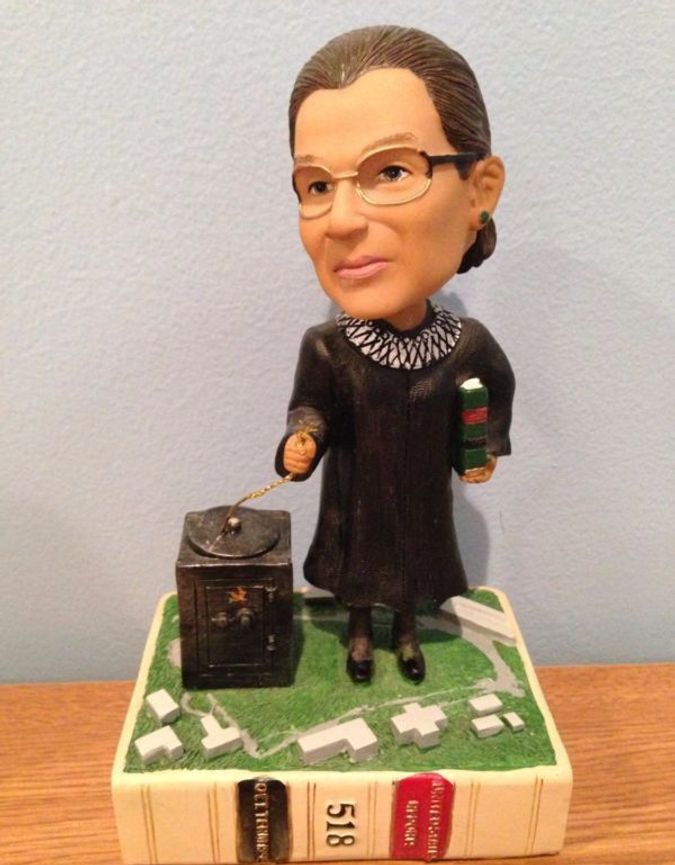 If you look long enough, it looks like KISS guitarist Gene Simmons will plant one on you. 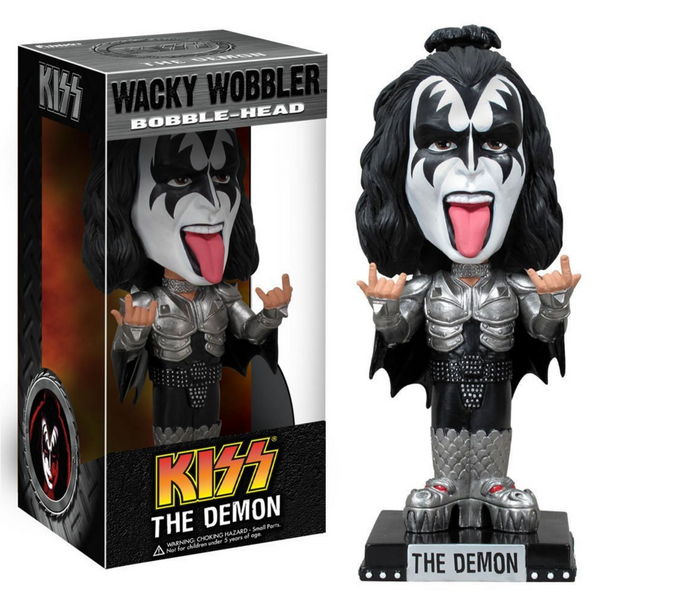 Of everyone on this list, the only celebrity to have multiple bobbleheads was the father of physics, Albert Einstein. We put all our favorites in a collage.

This one of a rabbi rocking a San Francisco hat and blowing the shofar. 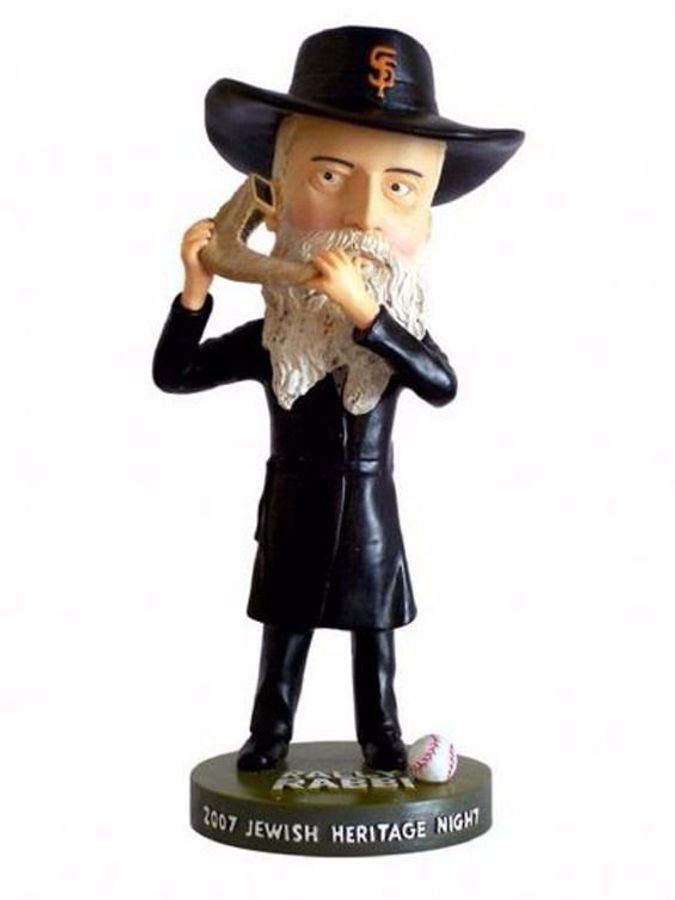 Anne Frank bobblehead. This is a thing. 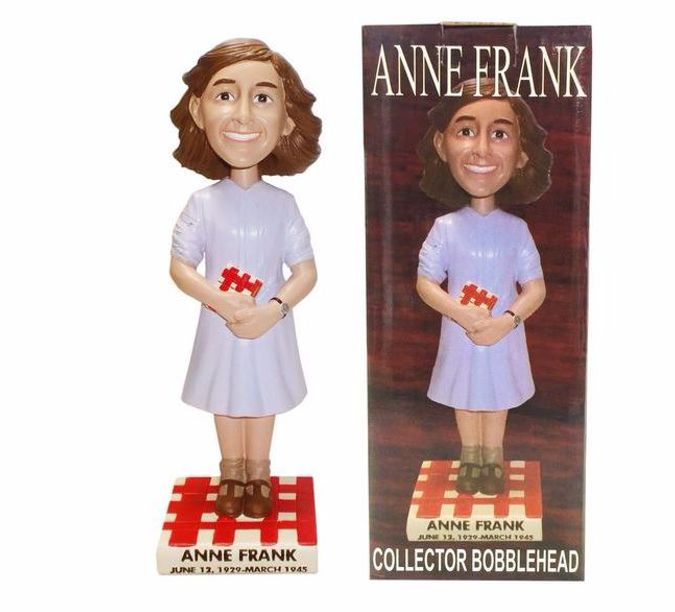 You can almost hear this Bernie Sanders bobblehead talking about social equality. 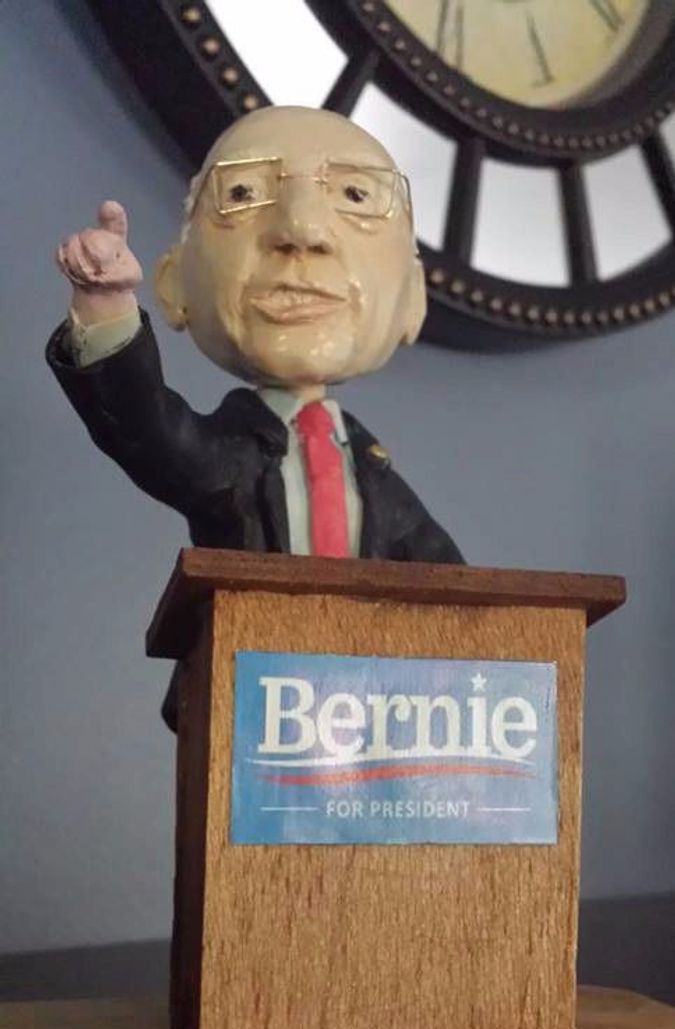 Even Rabbi Shmuley Boteach has his own!

May the force always be with silver fox Harrison Ford. 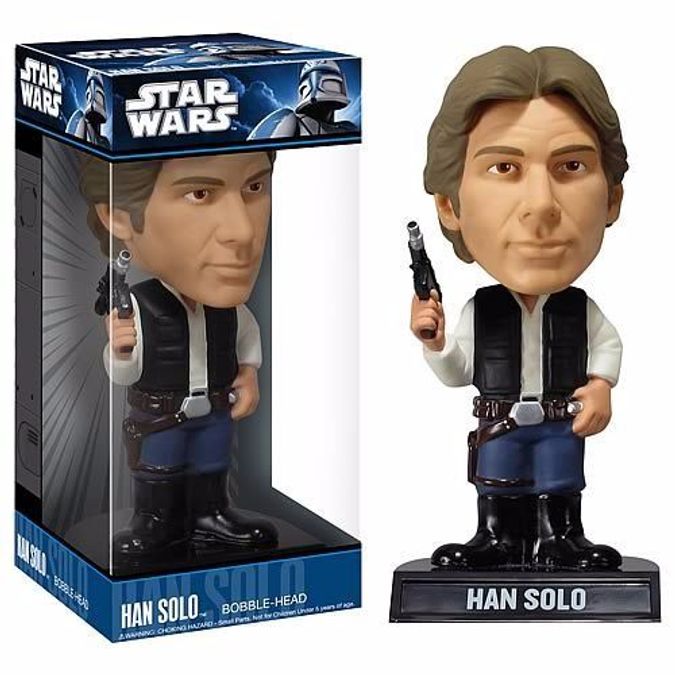 Where there’s Han there must be Leia. Or Carrie Fisher in her famous gold bikini. 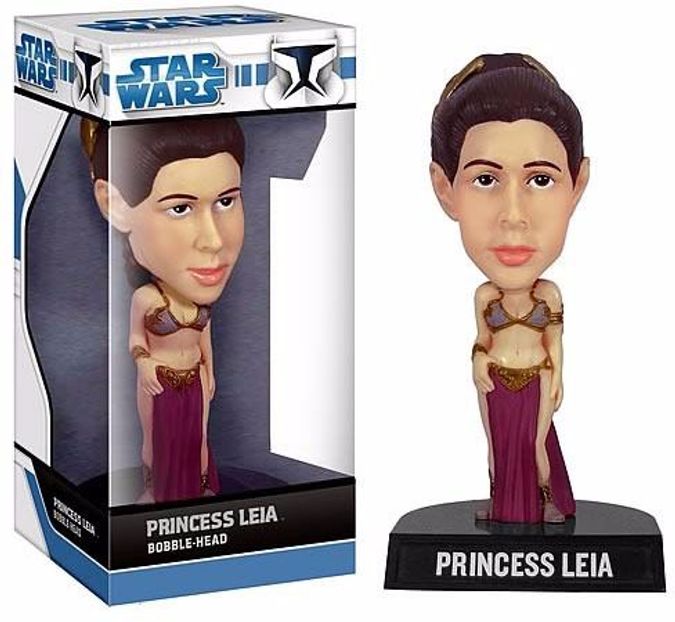 You know what this Borat bobblehead is saying? “JEWWWS, VEEERY NIIIICEEE!” 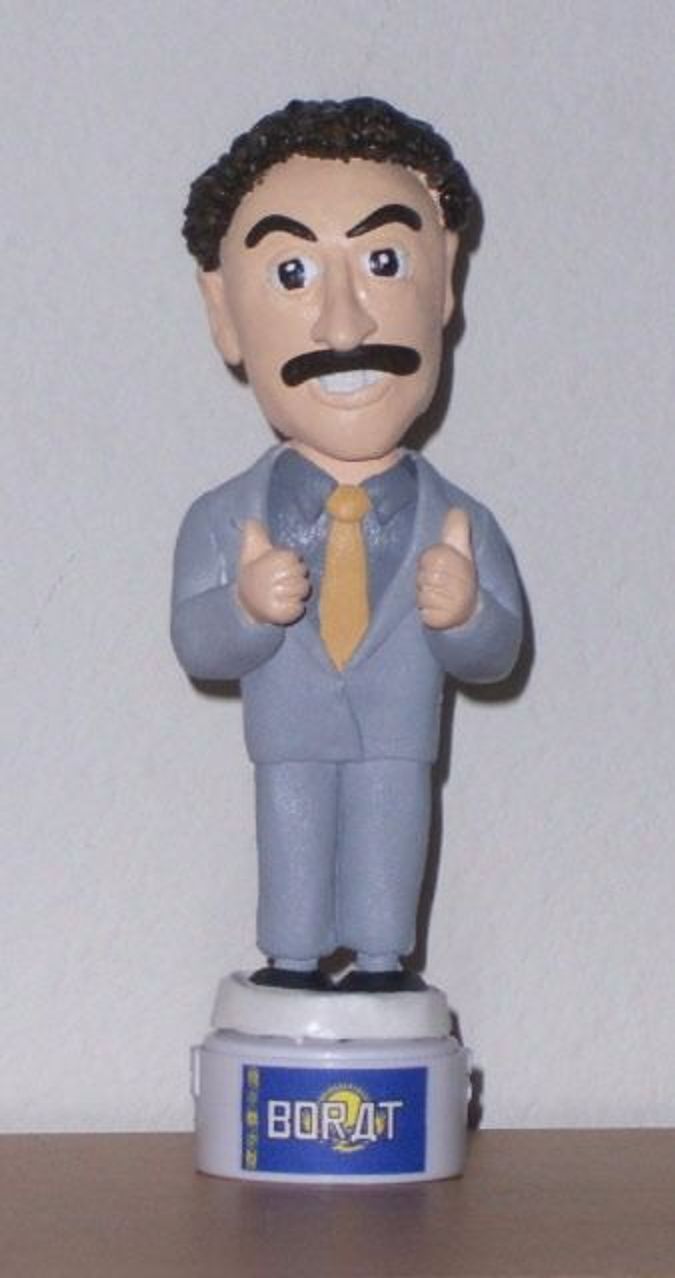 Hello, I know I’m not quite a Mandy Patinkin bobblehead, but it’s close enough. Also, prepare to die. 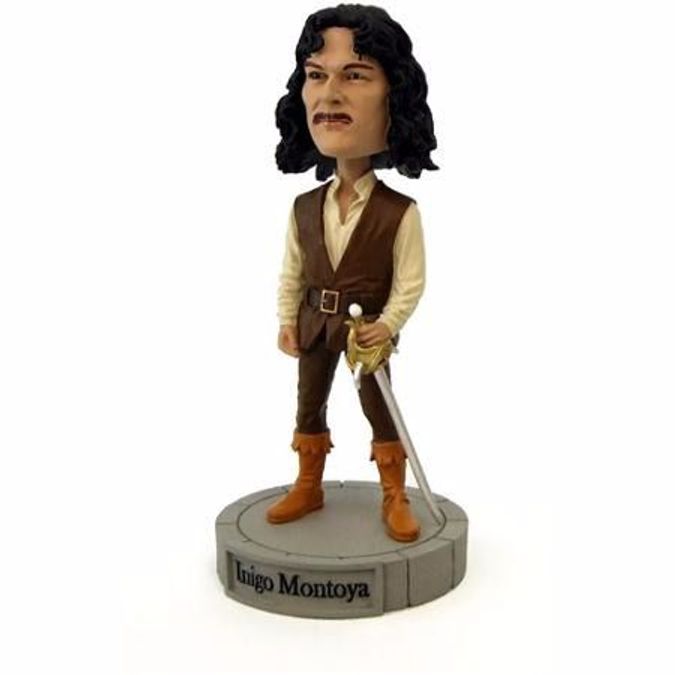 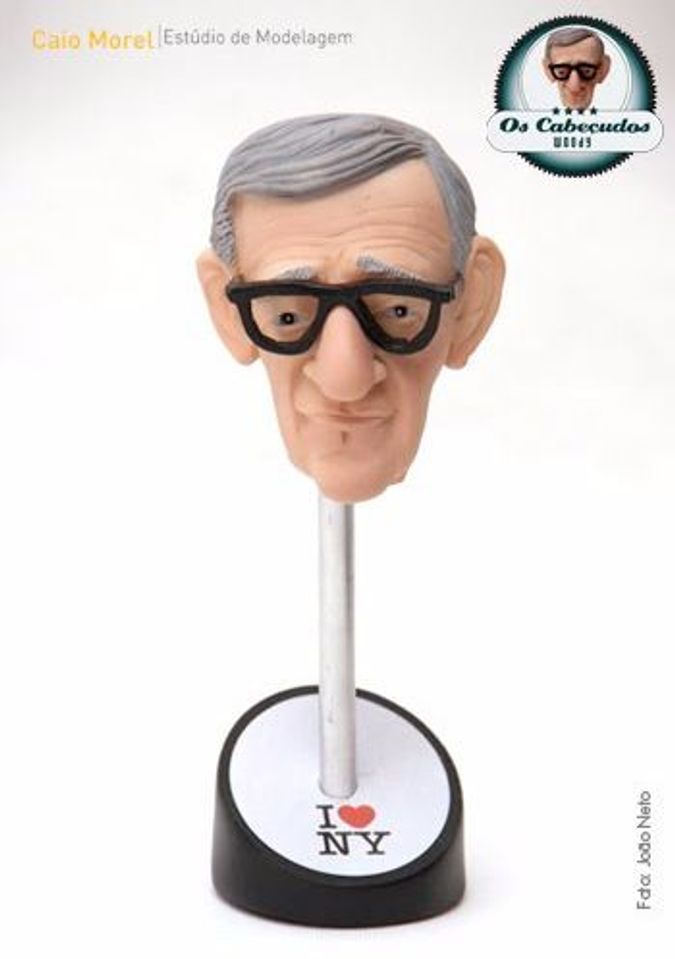 We dare you not to laugh at this bobblehead of Golda Meir. 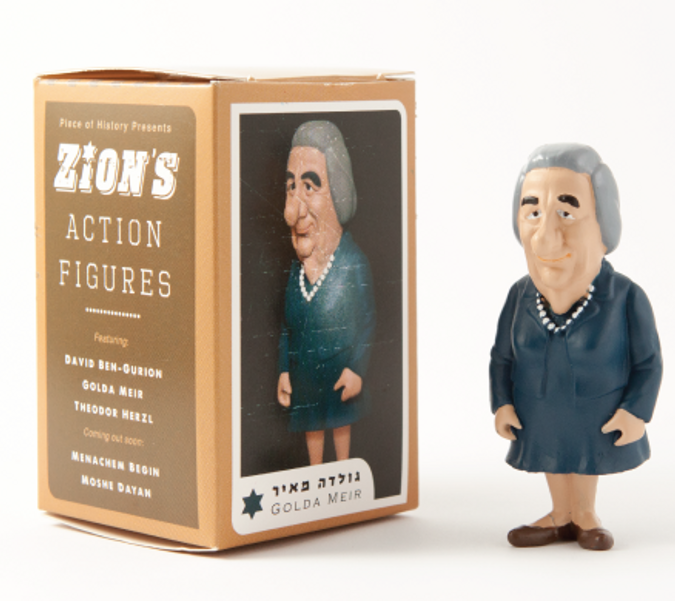 PLUS: What’s a bobblehead when you can carry Golda’s chutzpah in your back pocket with this nifty key chain. The first Prime Minister of Israel and our last bobblehead: David Ben-Gurion. 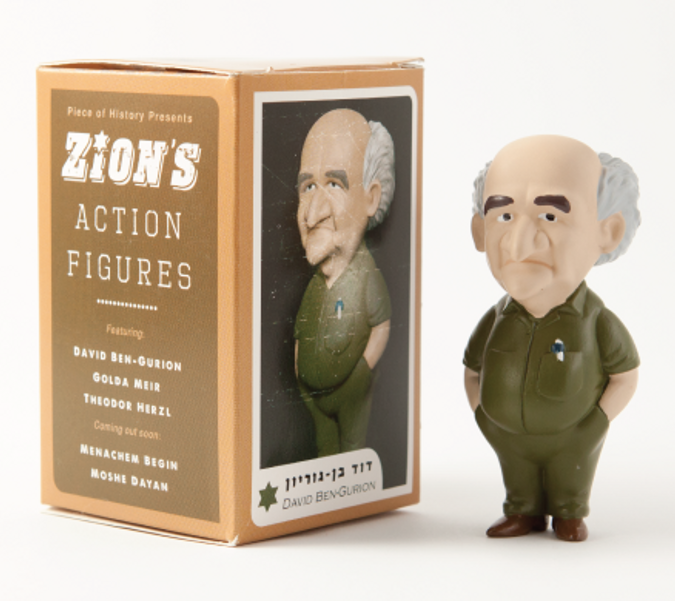