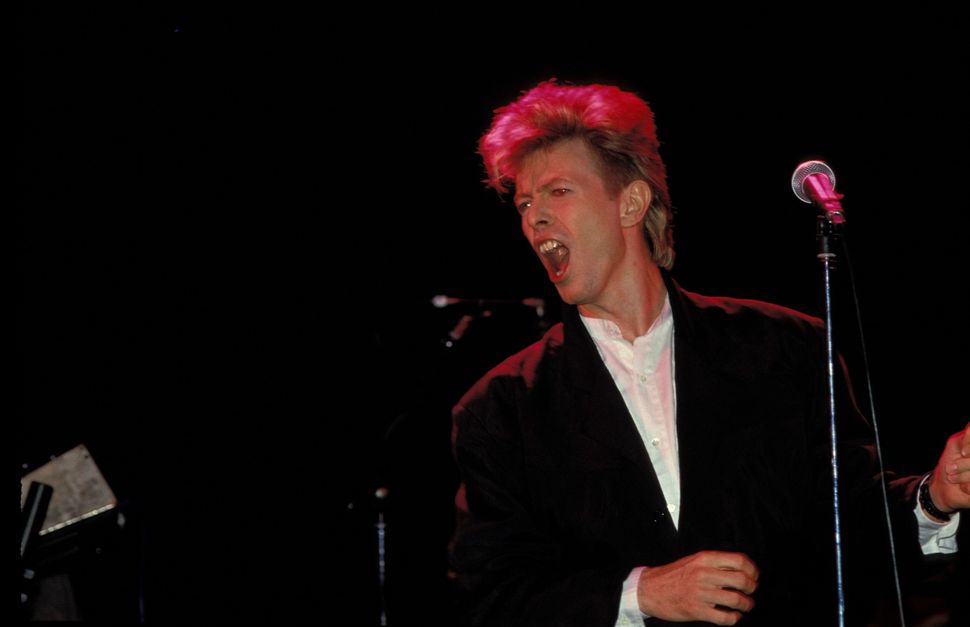 The world is mourning the death of rock legend David Bowie after news of his passing January 10 following an 18-month battle with cancer.

We at the Forward remember as well with these videos from his 1996 concert in Israel when the musician shared the stage with British band Massive Attack.

Bowie was all smiles walking out of the plane at Ben Gurion Airport to the sound of applause from fans and reporters. When asked if he was concerned for his personal security coming to Israel, Bowie answered with his classic witty charm, “Last week I was in Iceland and I went out to see some cliffs, and there were some geysers there, and I nearly lost my foot. That’s the nearest to fatality, it can happen 24 hours, who gives a damn?” and promised to give a good show to his fans.

And it was. Introducing the song “Scary Monsters” and greeting the crowd with a perfect Hebrew accent “Shalom, erev tov,” he said, “this is scary Tel Aviv.”

Thanks to the magic of the Internet you can watch the concert below: