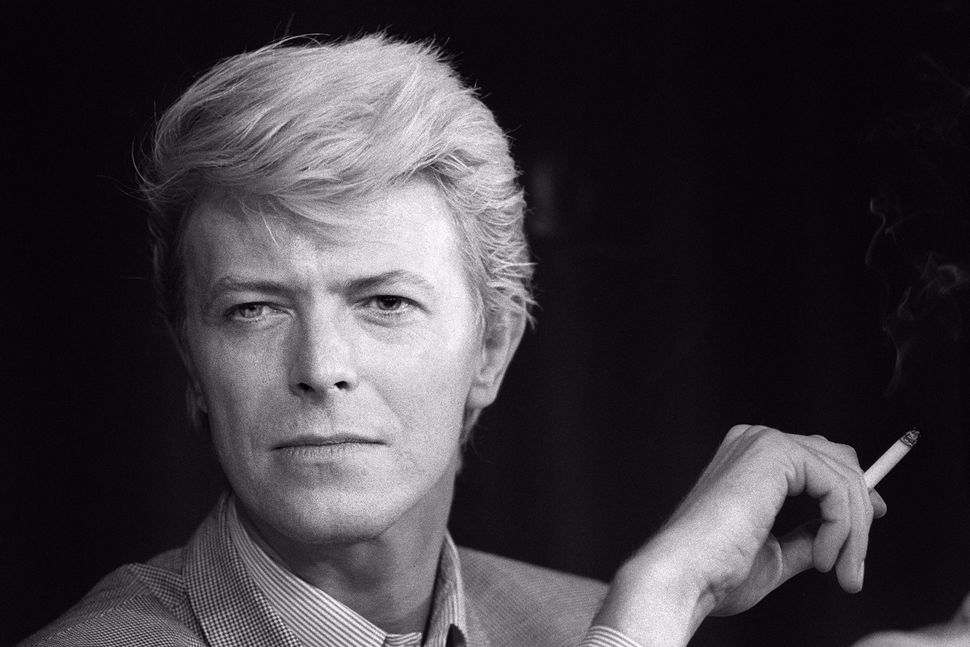 While fans are marking David Bowie’s death by revisiting the decades of art he created in his life, we thought it’d be interesting to take a look Bowie’s list of his 100 favorite books, released as part of a 2013 exhibit on the artist’s career at the Art Gallery of Ontario.

Bowie’s literary interests, like his art, were broad and there were a fair amount of Jewish writers on the list — among them, Muriel Spark, Saul Bellow, Eugenia Ginzburg, Michael Chabon, Fran Lebowitz, Howard Zinn, Susan Jacoby, Howard Norman, David Sylvester, Greil Marcus, George Steiner, and Nik Cohn. However, these were the three that caught our eye.

Tom Stoppard, “The Coast of Utopia”

Stoppard’s “The Coast of Utopia” is a trilogy of plays – “Voyage,” “Shipwreck,” and “Salvage” – that, performed together, form a mammoth nine-hour production. First premiering at London’s National Theatre in 2002, the plays, which center on the lives and interactions of pre-revolutionary Russian intellectuals, have been produced across the world. Combining demands for a grueling physical spectacle with an ambitious exploration of the life of the mind, the boundary-breaking “The Coast of Utopia” probably appealed to Bowie’s constant hunger for art that took genres in unexpected, challenging directions.

Koestler, Hungarian-born and educated in Austria, wrote “Darkness at Noon” soon after leaving his native Eastern Europe for Paris and London. The novel, set in 1938, tells the story of an Old Bolshevik charged with treason by the government he helped create. Not coincidentally, 1938 was the year of Moscow’s Show Trials, which attacked and led to the execution of a cadre Old Bolsheviks. Koestler spent several years as a communist in Germany before Stalin’s rise prompted his departure from the party; he possessed great sympathy for the first guard of communists and their bemusement at the brutality of their successors. Bowie, whose public persona was frequently glamorous and extravagant, persistently explored – in the words of the New York Times’s January 11th obituary of him – “angst and apocalypse, media and paranoia, distance and yearning” –in his work. “Darkness at Noon” considered one of the great novels of the twentieth century, might have informed Bowie’s thoughts on those often dark, unsettling themes.