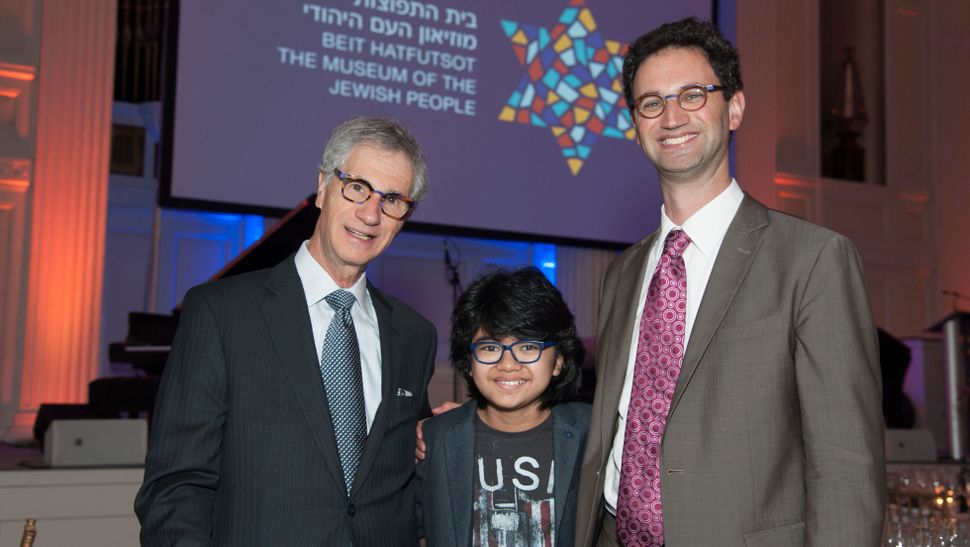 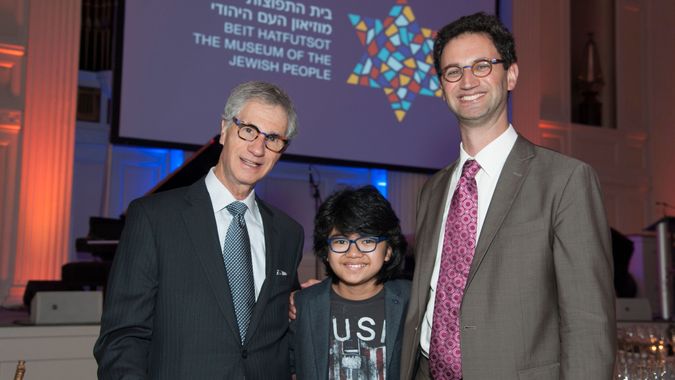 “Just as the IDF protects the State of Israel, Beit Hatfutsot — and the magnificent new Museum of the Jewish People — protects our culture, our values and our unity on a global level,” Ido Aharoni, Israel’s Consul General, told the guests at the museum’s recent annual gala held at 583 Park Avenue.

“I hold Beit Hatfutsot in a very special place in my heart because my life mission and my life work has been about engaging in the story about our people. At the end of the day ask yourself — what is the story that we are telling the world? National security does not begin and end with military might…. [It is] about the ability to unite your people around one central narrative.”

Beit Hatfutsot Fellowship — the museum’s highest honor award was bestowed uponPenny and Claudio Pincus who “nurtured a family in the U.S. Chile and Israel.” Born in Chile to Jewish parents who emigrated from Germany, Claudio volunteered for a year in Israel through the 1967 War. Twenty-five years ago Claudio founded The Quantic Group, a global pharmaceutical consultancy which he currently manages with the help of son Daniel.

The amazing roster of organizations Claudio and Penny Pincus support includes the Israel Philharmonic Orchestra, Terezin Music Foundation, Boston Symphony Orchestra, Instituto Hebreo of Santiago, Seminario Rabinico of Argentina, The Schechter Institute, AJC and JDC…. and more. Following in their parents’ philanthropic and Judaic tradition, son Aaron is vice president of his synagogue, the Beacon Hebrew Alliance, and Daniel is the youngest National Board member of the AJC and board director of the Muslim Jewish Conference.

Aharoni reflected: “Our narrative is all about optimism, renewal, growth and unity. What brings together people from the former Yugoslavia and Iran, as in the case of Major General Eitan Ben Aliahu or — in the case of my family — Yemen and Bukhara. What keeps us together is our shared history.”

Established nearly 40 year ago, Beit Hatfutsot is the sole institution anywhere in the world devoted to sharing the complete story of the Jewish People with millions of visitors from all walks of life. It has been reimagined as the Museum of the Jewish People at Beit Hatfutsot, which works on-site, online and around the world to build connections celebrating 4000 years of Jewish life, culture, and history — engaging those of any age, background or lifestyle.

The evening concluded with a performance of “Jews in Jazz”—a riotous musical set led by Grammy-nominated twelve year-old piano prodigy Joey Alexander and his quartet.