Meet the Jewish Man Who Brought Popcorn to Theaters 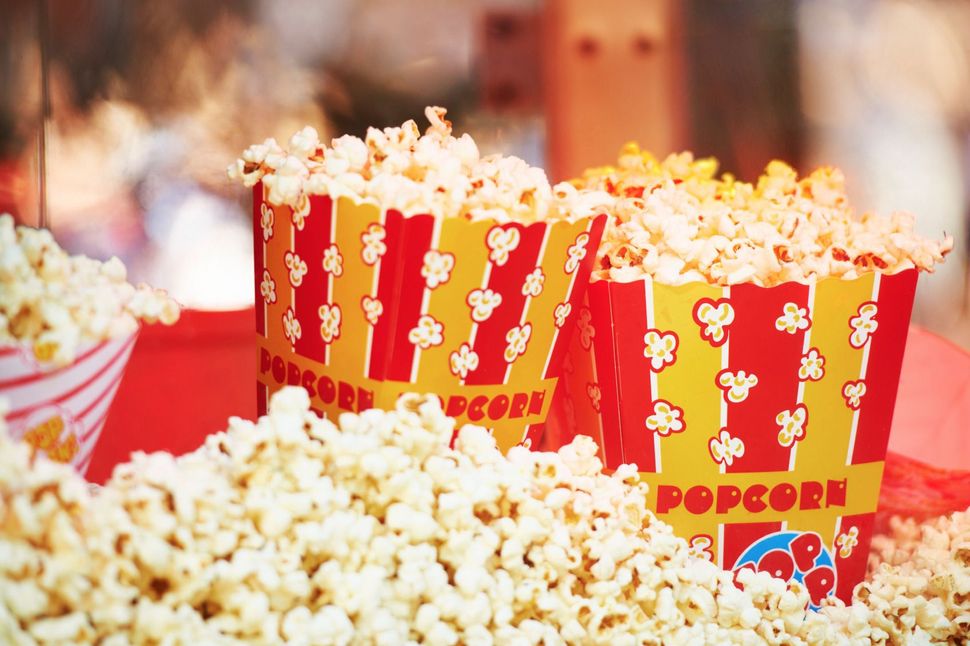 January 19 is National Popcorn Day, and as you trek out to the theater this weekend to catch up on some Oscar nominated flicks, stop a minute to thank the Jewish concessionaire who first brought popcorn to movie theaters.

Samuel M. Rubin peddled pretzels and flags in New York City starting at age 6, but it was at the ripe old age of 12 that he started selling popcorn in movie theaters.

Rubin was certainly not the first person to sell popcorn in movie theaters but he is credited with popularizing the concession favorite in the 1950s and even inventing “movie sized” candy bars. Known as “Sam the Popcorn Man,” Rubin for major movie chains, Broadway theaters, sports stadiums, Central Park, and the Empire State Building. At one time he also owned 10 movie theaters.

For his obituary in 2004, the New York Times described him as the man who made popcorn “almost as popular in New York City movie theaters as jokes and kisses.”

So as you’re munching on a heaping bucket of buttery and salted goodness, remember that you have Rubin to thank for the calories.

Meet the Jewish Man Who Brought Popcorn to Theaters