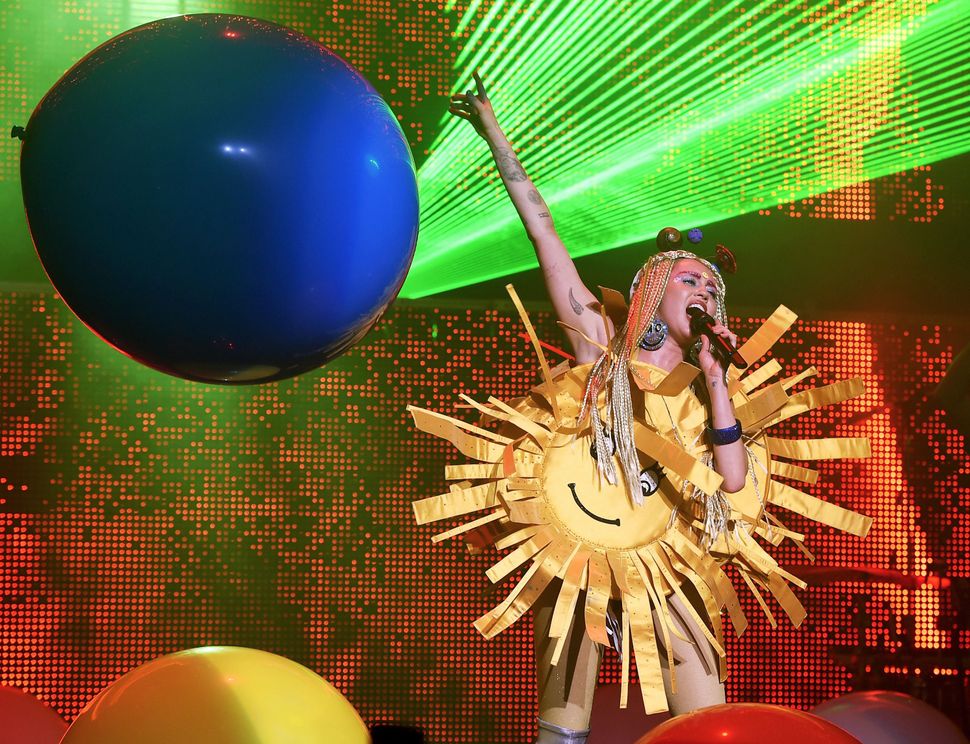 Having previously announced he would be creating a six-episode series to stream on Amazon, 80-year-old Woody Allen has done something truly unthinkable — he has locked down Miley Cyrus to star alongside himself and Elaine May.

Little is known about the series, aside from that it will be set in the 1960s. We do, however, know that Allen claims to be just as much a nebbish when it comes to modern media as anything else: in an interview with Deadline following the project’s announcement, he explained “I don’t even know what a streaming service is,” and “I never knew what Amazon was.” We have also learned, via Cyrus’ Instagram, that the chanteuse keeps a painted image of Woody Allen by her bedside. It takes all kinds.