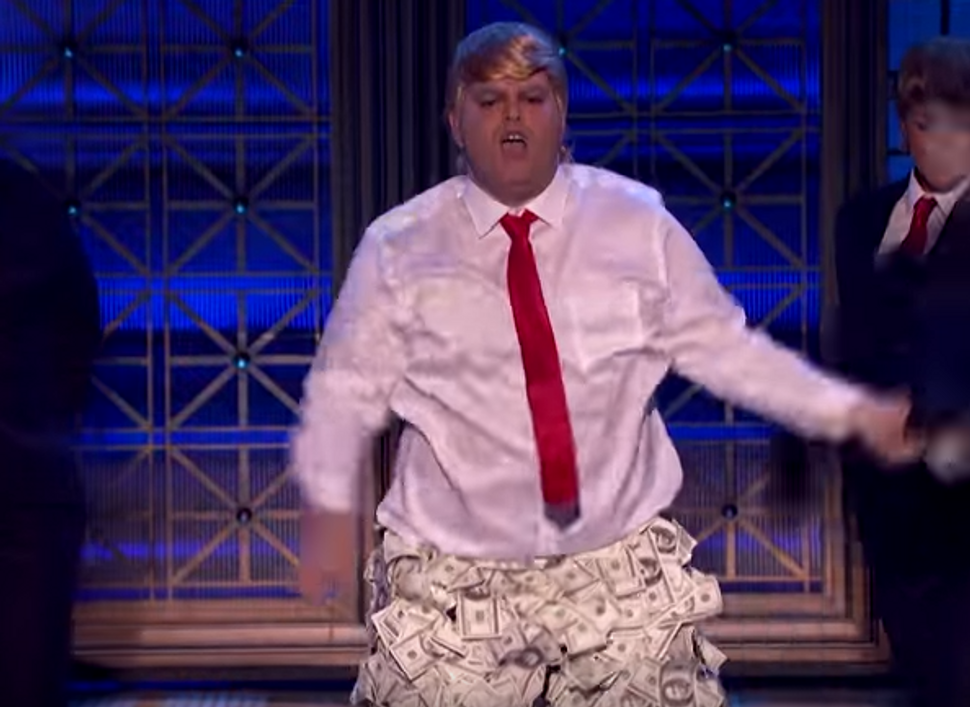 This might bring a smile to Megyn Kelly’s lips during the GOP debate Thursday night.

Josh Gad, as Donald Trump, strips down to his boxers made of money to the Divinyls’ “I Touch Myself” on Spike’s “Lip Sync Battle.” 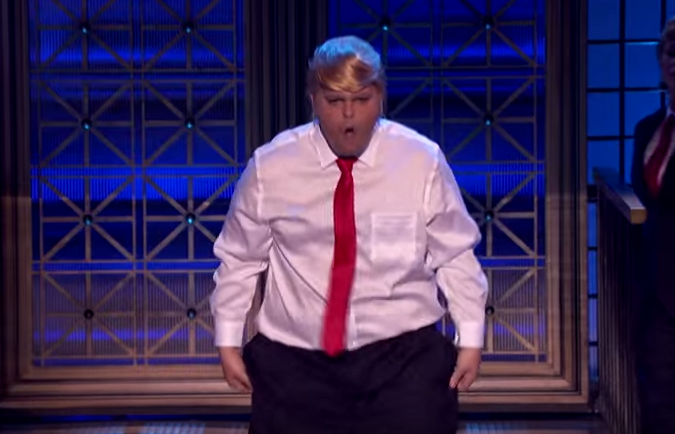 That’s not enough to make you tune in? He also plants a passionate kiss on “Big Bang Theory’s” Johnny Galecki, also dressed as Trump in a sombrero.

Watch the preview below: