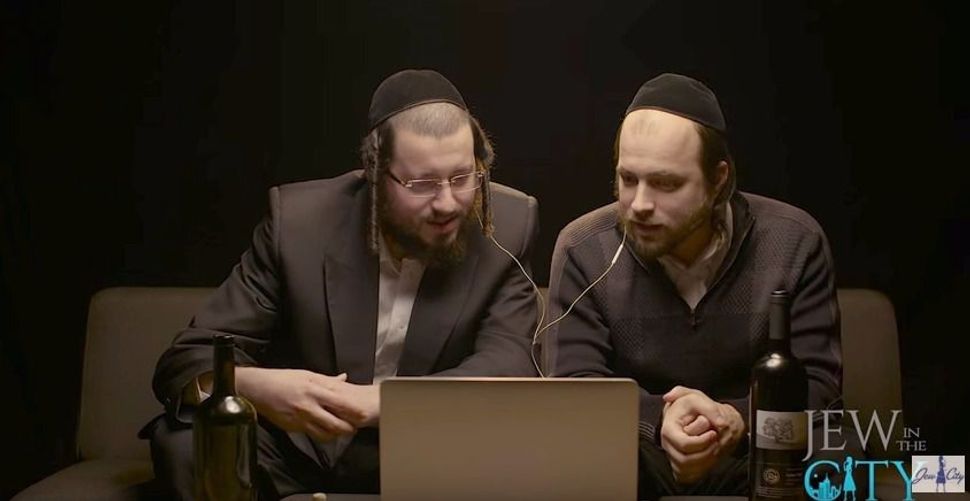 Watching “Fiddler on the Roof” is tradition. (TRAAAADITION!) But not everyone has seen the 1971 classic retelling of Sholem Aleichem’s “Tevye the Dairyman.”

In honor of the film’s 45th anniversary, Allison Josephs, the woman behind Orthodox website , screened the movie to Hasidim that have yet to experience Tevye’s joys and sorrows, and recorded their reactions. Fun fact, one of the men, Abe Karpen, actually starred alongside Natalie Portman in “New York, I Love You.”

“They seem like they work too hard. I wouldn’t want to be there,” one guy says.

“The papa has the last word in the house? No way!” jokes another.

They laughed some, they shoulder-danced and they found out that balancing a bottle on your head is much harder than it looks. 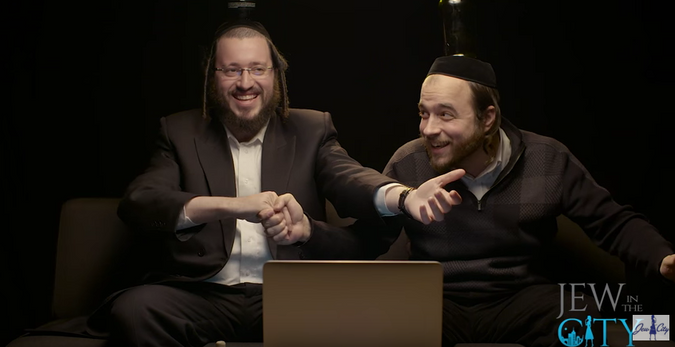 But mostly they thought it was a nice Hollywood romanticization of what the world thinks Hasidic life is like. “I think it’s a nice movie, but if you really want to know what Hasidim are about, you’re not going to get the real picture from this,” one of the viewers said.

Side note: It would have been great if Josephs featured at least one woman alongside the four men in the video. With a movie so focused on mothers and daughters, a woman’s reaction would have added a new layer of substance and analysis.

And while you’re at it, here’s a taste of the original. But fair warning, once you start with “Tradition,” you’re just going down a rabbit hole of “Lechaim,” “Matchmaker,” and “Sunrise, Sunset.” See you in 45 minutes.