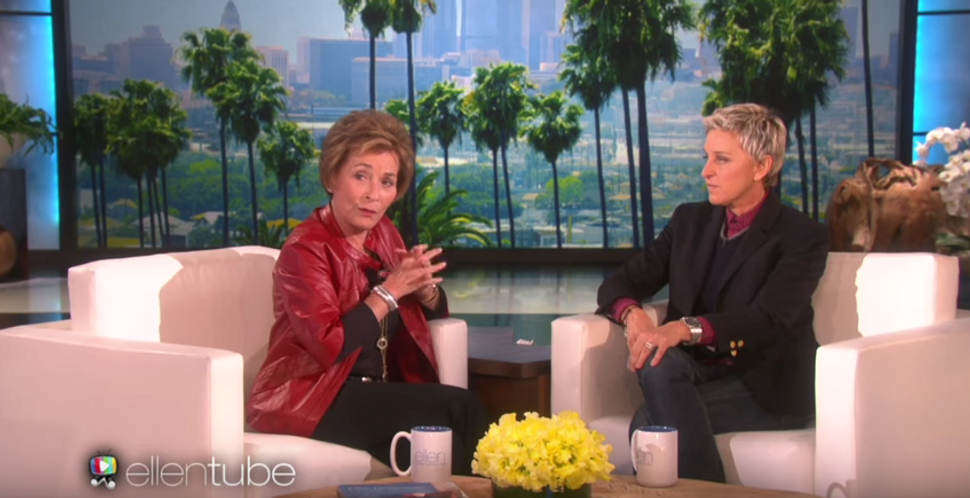 If you don’t listen to your mother maybe you’ll listen to some dating advice from Judge Judy.

Judy Sheindlin paid a visit to Ellen DeGeneres Tuesday and talked about what she learned from over 20 years at the helm of her TV court show “Judge Judy.” Of all the things that bother her, like bickering over minutia, the misguided choices women make while searching for a mate are what irk her the most.

“Women make a terrible mistake because they usually are so desperate to nest, that they pick on schlubs and worthless pieces of trash that they pick up in a bar,” Sheindlin said, not mincing any words.

“And then turn around and give them the keys to their car, invite them to move in, give them a credit card, and they’re surprised one day when their car is gone, their credit card is maxed, and they’re alone,” she added. “They seem to replicate that behavior again and again. And that frustrates me. It especially frustrates me when women are taken advantage of.”

Sheindlin, who has been married twice to her current husband, Jerry Sheindlin, said the most important thing women can do is retain financial independence and a career to fall back on so they have the freedom to leave a bad situation or relationship. “Teach your daughters, teach your granddaughters, everybody has to have something that they’re good at where they can earn a living,” she advised the audience.

Listen to her wise words and watch the video here: