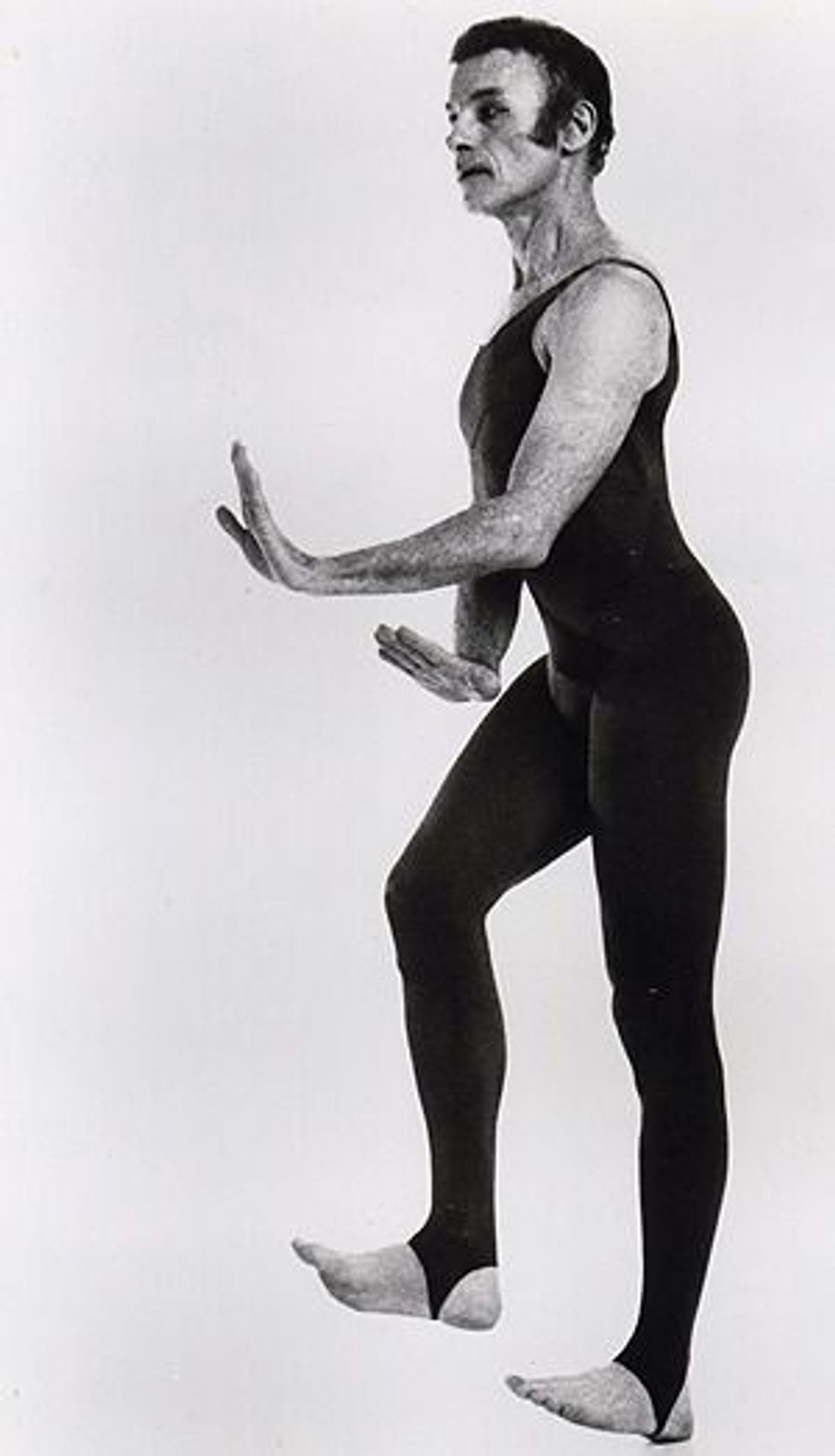 Murray Louis, a prolific modern dancer and choreographer born into a Yiddish-speaking family in Brooklyn, passed away on Monday. He was 89 years old.

Born in 1926, Louis began dancing in San Francisco in 1946, studying with the well-known teacher of modern dance Anna Halprin. Halprin encouraged him to attend Colorado College to study under Hanya Holm; while there he met the dancer Alwin Nikolais, who would be his companion and artistic colleague for over four decades.

Nikolais moved to New York, and Louis followed pursuing a degree in Dramatic Arts from NYU and performing as a lead soloist in Nikolais’ Playhouse Dance Company, later renamed the Nikolais Dance Theater. In 1953 Louis formed his own dance company, which joined Nikolais’ in residence in Manhattan’s Henry Street Settlement Playhouse. While their efforts and aesthetics were intertwined, Louis and Nikolais continued to operate separate companies until 1989, when they merged for economic reasons, forming Murray Louis and Nikolais Dance.

While he remained rooted in New York, as his career progressed Louis left his choreographer’s mark throughout the world. He created pieces for Paris’ Theatre Champs-Elysées, Tel Aviv’s Bat Sheva Dance Company, and the Royal Danish Ballet, among many others. He also led the Murray Louis Dance Company through extensive international tours, including, notably, four seasons’ worth in collaboration with the Dave Brubeck quartet. Louis himself performed in every state in the U.S.

As both a dancer and choreographer, Louis was known for creating dances that were simultaneously abrupt – even jarring – and poetic. He placed a great deal of focus on muscular control and isolation; in Jack Anderson’s obituary of Louis, published in the New York Times on February 1st, Anderson wrote that Louis “could hold attention as easily with a waggling toe as he could with flurries of arm and torso movements.”

In addition to performing, choreographing, and teaching – another area in which he excelled – Louis wrote frequently about dance, producing a column for Dance Magazine, occasional contributions to The New York Times, and two collections of essays on dance. His writings reflected his understanding of the task of modern dance to be consistently evolving. Writing in the New York Times on October 5, 1980, he commented “My creative philosophy of the modern dance has always been that each work achieve its own vocabulary of movement, ‘style,’ and structure. I never worked to create a personal style or become identified with a singular creative approach.”

Until 1993, when Nikolais passed away, Louis and Nikolais worked and lived side by side, a personal and professional relationship that defined both men’s lives and careers. Fitting, then, that one of Louis’s last projects was the artistic direction of a celebration of Nikolais’ choreography, taken on in partnership with Alberto del Saz. The production will be mounted at Manhattan’s Joyce Theater February 9-14, now an homage to two pioneers of modern dance, intertwined until the end.