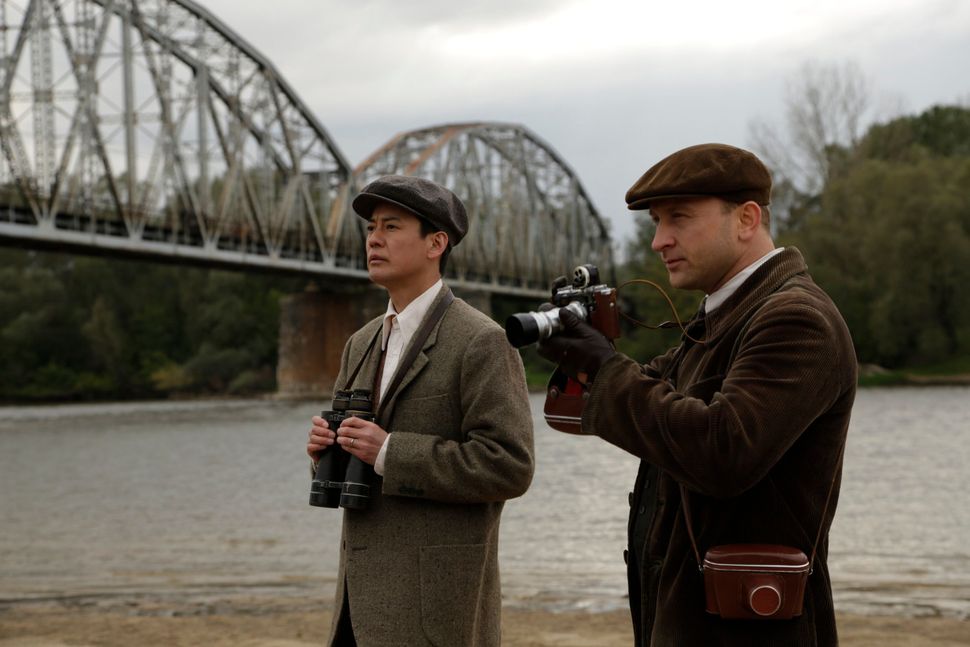 Caught up with director Cellin Gluck on January 31 as he was heading to the Atlanta Jewish Film Festival premiere of “Persona Non Grata” — a film about Japanese diplomat Chiune Sugihara who in 1940 issued 2139 visas for 6000 Jews including my mother and me (visa #1881).

Described as the “Japanese Schindler” I told Mr. Gluck — whose credits include assistant director on Transformers (2007) — that when I was invited to Japan in 1994 for a special dedication at the memorial at Sugihara’s hometown in Yaotsu, then U.S. Ambassador to Japan Walter Mondale told the assemblage at Tokyo’s Jewish Community Center that “Sugihara was no Schindler. Schindler first used the Jews as slave labor before having a change of heart. Sugihara, on the other hand, risked his career and all from the get go—without the promise of any reward.”

CL: I also grew up in Kobe.

ML: I understand your father is Jewish.

CL: He was brought up Jewish. His mother was not…but she converted and they kept a kosher home. He grew up Jewish in New York. I like to say I am Jewish by osmosis in the sense… holidays I spent with relatives. When we were kids my father tried to instill in us [children] aspects of Jewish religion and background. It was not that he let us forget, but we didn’t go to shul, we did not go to synagogue. We grew up pseudo-Jewish so to speak. I have a certain respect for that part of my heritage and tried to be very careful in portraying what I did.

ML: What was the catalyst for you doing this film? Did you choose the cast?

CL: I got a phone call asking do you want to direct the film? I knew the story…but am not responsible for the content. The film had been a Nippon Television idea for some time. I had a hand in choosing the secondary [Polish] cast including [Sughara’s indispensable chauffeur] Boris Szyc. But Toshiaki Karasawa (Sugihara) came first. 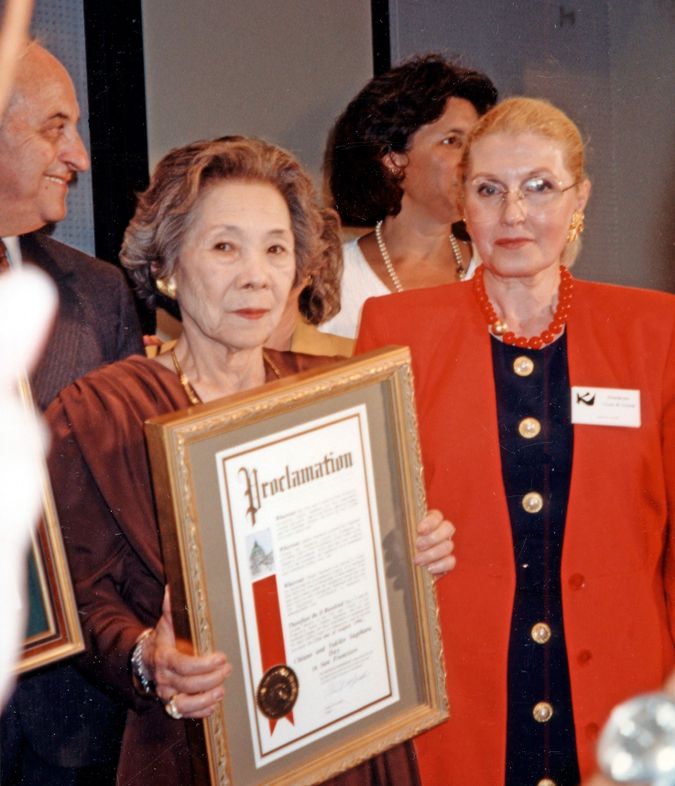 ML: I have issues with a few aspects of the film. I knew Yukiko Sugihara —interviewed her in 1989, shared podiums with her in New York and Japan. – She was petite— feisty—in a Japanese way- and spoke fluent German. In the film she is portrayed by the stunning, tall Koyuki (“The Last Samurai”) who appears to be more passive, than was the real Yukiko.

CL: I’m not aware of that. I first became exposed to the story when I read Rabbi Marvin Tokayer’s book “The Fugu Plan” (renamed “Dangerous Journey”). I grew up in post-war Japan…and history ended in 1938-39 when Japan went out to “do good” in East Asia and then picked up again when [Gen.] MacArthur shows up. I, went to a Japanese school until I was ten years old…. There were no stamps in [Sugihara’s] honor. It’s only when “Schindler’s List” came out that people around the world started to be identified as “Schindlers”, people like Sugihara started coming to the forefront.

ML: I realize you did not write the script, but the character Irina—his love interest in the film—though fascinating—did not exist. He was married or involved with a Russian-Jewish woman with whom he maintained a longtime relationship.

CL: Yes. We were well aware of Claudia.

ML: What really bothered me in the film is a scene showing refugees approaching the port of Tsuruga, standing on the prow of the ship and singing Hatikvah! It could not have happened! The ships between Vladivostok and Japan were filled with some Orthodox Jews, members of the Mir Yeshiva as well as secular Jews. Israel was not an issue at the time and the clip implies that these were shiploads of Zionists! Our assemblage on the “Asakura Maru” in February 1941 had a contingent of atheists and Bundists. All Jews did not know this anthem at the time.

CL: We wanted to be particularly clear about that…We heard something of this happening once in Japan— they took the liberty of putting in the film.

ML: I was touched by your recreation of young stamp-collector Solly Ganor and his friendship with Sugihara. Too late to use the Sugihara visa, Solly survived the Kovno ghetto, a concentration camp—and was liberated half dead in a snow bank by a U .S. Nisei (Japanese) soldier! Solly was on that 1994 trip to Japan with my daughter Karen and me.

ML: What was the reaction when you were filming in Poland?

CL: We were received warmly…. They did not know the story. You can imagine 6 o’clock one morning on my bicycle on the way to the set seeing the three flags of the Tri-Partite pact— —the Nazi flag, the Italian Fascist flag and the Japanese flag in all their glory in the middle of Warsaw’s’ “Stare Miasto” (Old City).

ML: What was the reaction in Japan?

CL: Overall it was positive. Sad to say, not more of the younger generation went to see it…but the older generation did. Prime Minister Abe—during his three days off during the New Year—went to see “Persona Non Grata” and on the second day went to see “Star Wars.”