Bernie Sanders and Larry David Are Finally Meeting — on ‘SNL’ 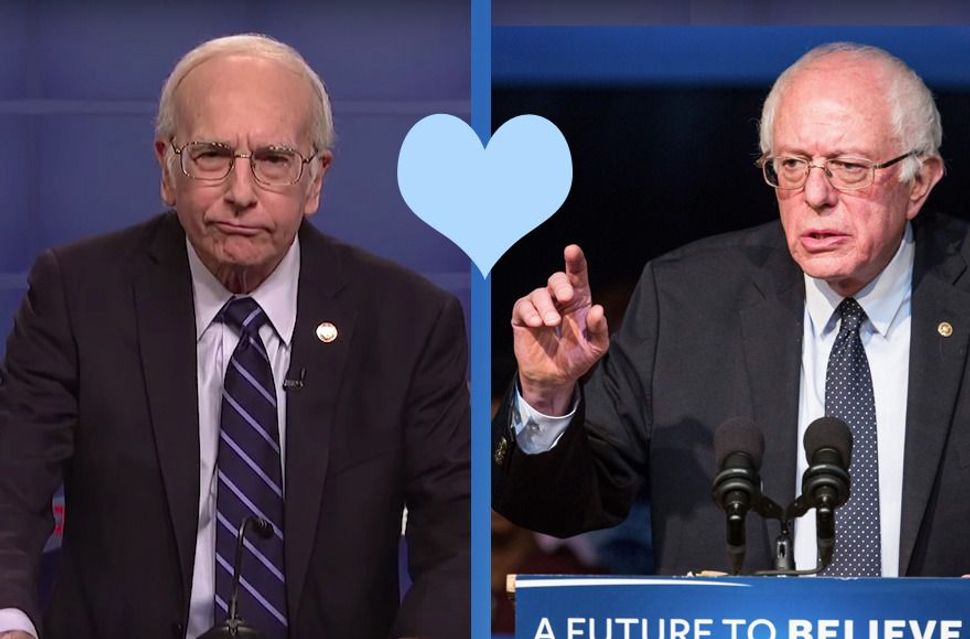 Our two favorite Jewish grumps are finally getting together this Saturday, live from New York!

Bernie Sanders’s Tad Devine, a senior adviser to Sanders, confirmed that Bernie will be expanding his acting resume, and appearing on “Saturday Night Live.” Which means this weekend, he will finally meet his SNL impersonator and possible clone, Larry David.

It’s a meeting for the Jewish history books!

The “Curb Your Enthusiasm” star and “Seinfeld” has been impersonating Bernie Sanders perfectly this season on SNL. The casting seems to have been fated, according to a recent interview in Vulture.

Apparently, on the same night that the SNL writers room mused about the hypothetical perfect casting, Lorne Michaels was at a dinner with Tracy Morgan where someone told him: “”Hey, you should really get Larry David to play Bernie Sanders. It’s like the same guy.”

After Michaels came back from that dinner, he got a phone call from Larry David’s agent, who, without being prompted, offered David for the role.

And now, finally, the two look-alikes will be united on live television. Be still our beating hearts!

The only thing that could make this better is if Sanders were to reprise his role as Rabbi Manny Shevitz.

Bernie Sanders and Larry David Are Finally Meeting — on ‘SNL’