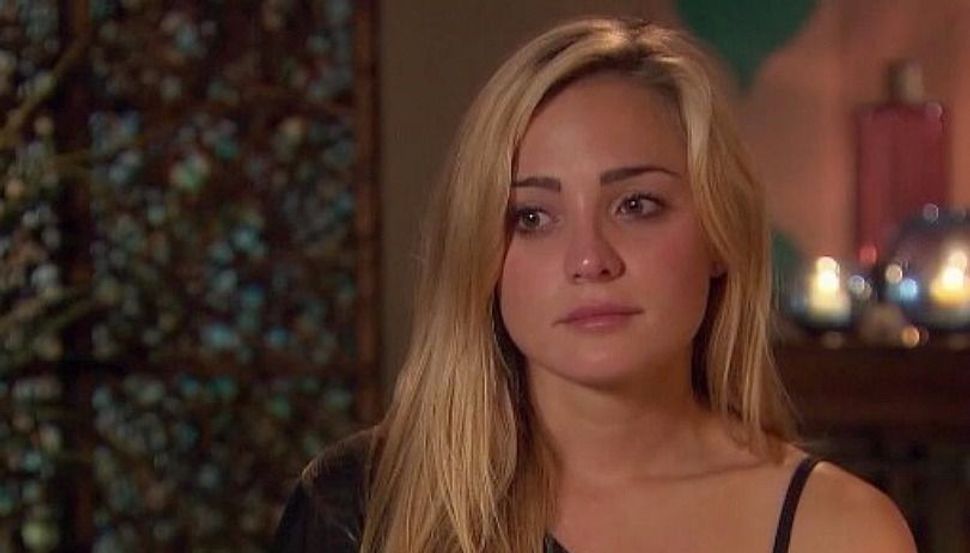 Poor Leah Block, she never had the chance to shine in front of ‘Bachelor’ Ben Higgins. The only Jewish contestant on this season edition of the date-o-rama sweepstakes was left without a rose — and had to pack her bags and gone back to Denver.

Perhaps it was the poor luck of editing, but after weeks of blending into the background of the predominantly blonde group of girls, Leah finally had a storyline. Unfortunately, it revolved around an exit that was disproportionately dramatic compared to her lackluster interactions with Ben all season.

Leah remained red-faced and teary eyed during the entirety of the episode in fear of being asked to leave. Her grand finish involved talking smack about Lauren B. to Ben until his eyes glazed over.

Ugh. Remake of “He’s Just Not That Into You” — The Bachelor Edition

Then she had the temerity blatantly lie about dissing her rival to the dude. Not cool at all, Leah.

One mystery remains from her less-than-memorable stint on the show. How did she get the black eye that producers touted as the show kicked off last month? No one ever told us. But let’s be real, it was probably from Olivia. That was one cat fight we wanted a front row seat for.

Anyway, now it looks like Leah will never get to celebrate Chrismukkah with Ben. who has made his devout Christian faith a thing. Or convert for him, more likely.

It’s all over, Leah. Maybe now you can give JSwipe a shot.