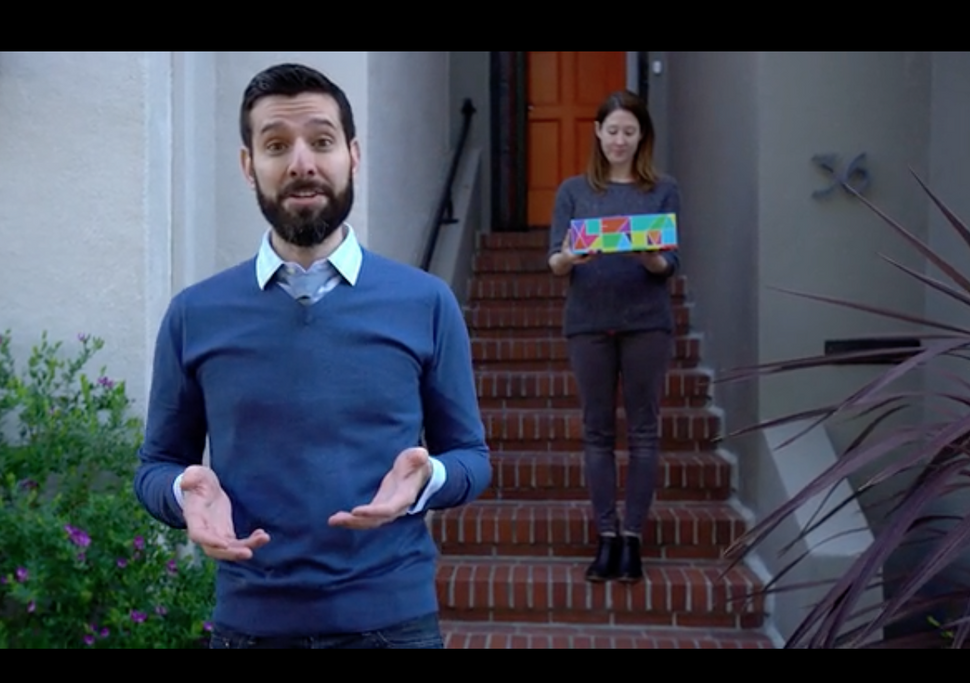 Kickstarter’s popular projects this Thursday? There’s a revolutionary kitty litter box, an indie band raising money for their album and… A subscription box of Jewish goods?

Yes, you heard that right, the Jews are trending on Kickstarter. “Hello Mazel,” is a quarterly Jewish subscription service that will bring a box of delicious and interesting Jewish goodies, edible and non-edible, straight to your door.

“Hello Mazel” is the brainchild of “The Kitchen,” a religious start-up based in San Fransisco, founded by Rabbi Noa Kushner. It’s part of the Jewish Emergent Network, a network of leaders from seven “path-breaking” Jewish communities across the United States.

The “Hello Mazel” box brings together the internet’s growing obsession with box subscription services, the latest trends in spiritual Judaism and the current cultural enthusiasm for revamped Jewish culinary classics, like “Gefilteria.”

Plus, they have a great Kickstarter video featuring an adorable bubbe:

In just one day, “Hello Mazel” met and doubled its Kickstarter goal and in response it has introduced a new stretch goal. If the project breaks $70,000, it will be the most funded Jewish project in the history of Kickstarter.

UPDATE: On the third day of their campaign, “Hello Mazel” broke the kickstarter record, and is now inching closer to $100,000 by the minute.

If you’re wondering what the now second most funded Kickstarter was for, well, it was a blech, or a Shabbat hotplate. The project was fully funded on October 23, 2015 after it raised $67,141 USD with 706 backers.

Aside from both projects being Jewish, rectangular and food-related, it’s hard to think of two more different campaigns. These two Jewish Kickstarters pretty much represent polar opposites aspects of Judaism. One is a solution for the Halachic ban on cooking on Shabbat, the other, a Hipster box of revamped kosher but non-certified Jewish goodies for even the most secular of Jews.

In the meantime, “Hello Mazel” boxes are selling like hot knishes. The price of a yearly subscription to “Hello Mazel” is $180. But the real question is, what’s inside the box?

The team over at “The Kitchen” is pretty secretive, but they have given three hints about what the Passover box will contain, saying it will include 3 twists on classic Passover treats, a re-imagined Hagaddah and a “seder plate that is not a seder plate.” Hm.

Well, our interest has been piqued. How about yours?