A Sunny Revival for ‘The Golden Bride’ 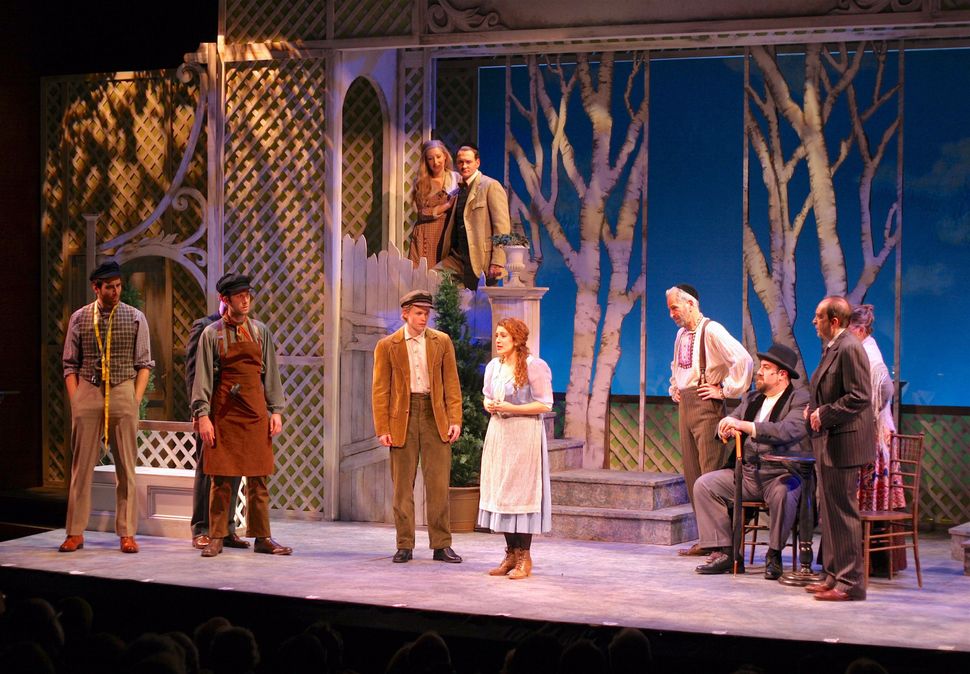 This summer, the Folksbiene will be renewing its production of reconstructed Yiddish Theater classic “The Golden Bride” (“Di Goldene Kale”). Originally mounted in December, the Folksbiene brought new life to the exuberant immigrant fairytale with a young cast and fresh, humorous direction. It was a winning combination; the production attracted large audiences and a positive critical response.

Scheduled to be remounted at the Museum of Jewish Heritage in an engagement beginning July 4th – a fitting opening, given the operetta’s celebration of the opportunities of an American life – “The Golden Bride” will feature almost all the cast members from the winter production. When the New York Times reported the show’s second engagement on February 14th, it was confirmed that one actor will not be returning, and that Cameron Johnson, who played the male lead Misha, was working through scheduling details before signing on.

The Folksbiene is currently running a to help finance the production. Speaking to the New York Times, Folksbiene artistic director and conductor Zalmen Mlotek mentioned he’d like to run a second campaign to finance the making of a cast recording. That would be a first for “The Golden Bride,” and pitch-perfect proof that Yiddish theater’s relevance need not be relegated to the past.

A Sunny Revival for ‘The Golden Bride’