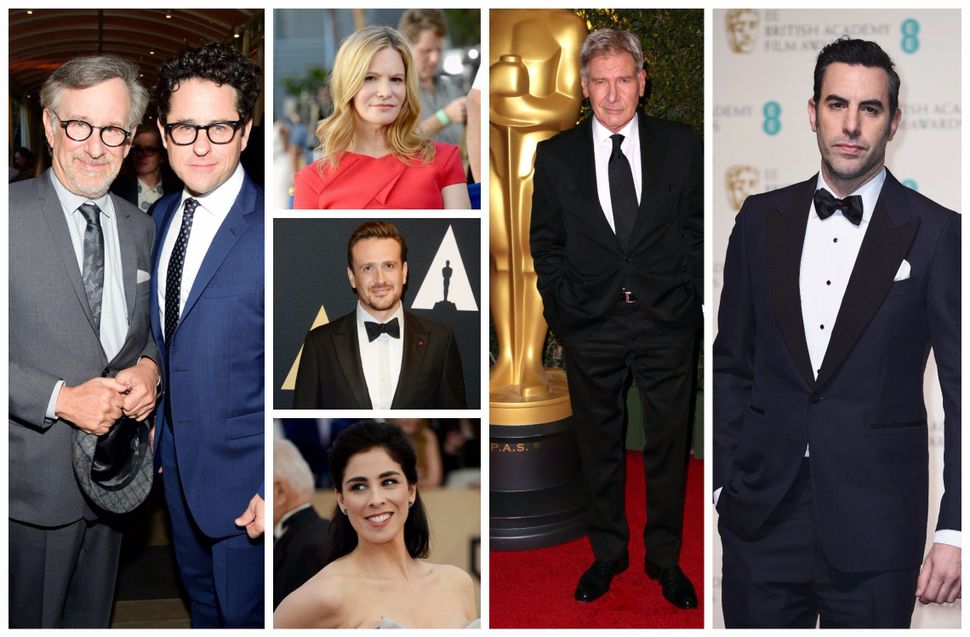 Unless you’ve been living under a rock, you’re probably moderately aware that the 88th annual Academy Awards are on Sunday. The Jews will be making quite the appearance in the three-hour special: as nominees, presenters and plotlines.

“Star Wars: The Force Awakens” had nerds of all backgrounds hyperventilating with excitement last year. It also caught the attention of the Academy with five nominations. The self-proclaimed most nebbishy Jewish director J.J. Abrams directed the film. The cast includes the original cast from the first trilogy with Jewish actors Harrison Ford, Carrie Fisher and Mark Hamill.

The Steven Spielberg-directed historical thriller “Bridge of Spies” is nominated for a slew of awards, including the highly coveted Best Picture. Ethan and Joel Coen wrote the screenplay for the film. The film is based on the true story of the arrest and trial of a U.S. spy pilot who was shot down by Soviet forces in the 60s.

Jewish actress Jennifer Jason Leigh is nominated for Best Actress in a Supporting Role for her portrayal of fugitive Daisy Domergue in Tarantino’s gruesome “The Hateful Eight.” Leigh plays the only female character in the main cast and is at once tough and villainous in the violent western mystery.

In the category of Best Documentary Short, “Claude Lanzmann: Spectres of the Shoah” is nominated. The film explores the life of Claude Lanzmann, who created the nine-hour Holocaust documentary “Shoah.” The film shows the emotional challenges Lanzmann experienced while talking to Holocaust survivors about their time in the camps.

The film “Son of Saul” is nominated in the category of Best Foreign Language Film and shows a day and a half in the life of a Sonderkommando in Auschwitz. The Sonderkommando, a Nazi death camp prisoner assigned to dispose of gas chamber victims, recognizes his dead son in a corpse and vows to save him from the flames and give him a proper funeral. It won the Golden Globe for Best Foreign Language Film.

The critically acclaimed, yet controversial, documentary “Amy”, which tells the story of the Jewish rock star Amy Winehouse, is nominated for Best Documentary Feature. “Amy” features interviews with family members and friends of Winehouse pieced together to explain her musical career as well as her struggle with drugs and alcohol. Winehouse’s father criticized the film for focusing too much on her addiction. Winehouse was Jewish, though she mostly identified with her religion culturally.

Jewish actors Sarah Silverman, Jason Segal, and Sasha Baron Cohen will be presenting awards during the evening and will probably get some laughs during their short time on stage. Cohen has a history of being ridiculous at awards shows. He was told explicitly by the Academy not to dress as his character in “The Dictator” during the 2012 Oscars, but did it anyway. He also “accidentally” spilled ashes on Ryan Seacrest before being escorted off the red carpet. It’s hard to imagine he won’t pull a stunt this year, which might make the notoriously long ceremony a little more interesting.