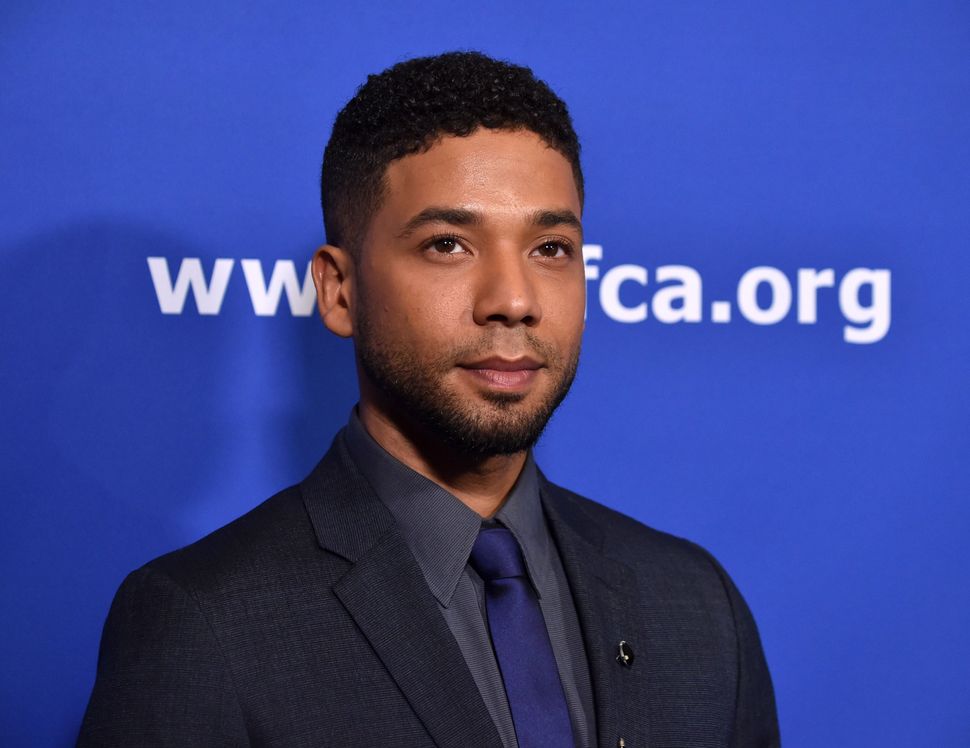 We already know everything about the Jewish stars at the Oscars, but one inspiring Jewish star is ditching the Academy Awards this years and spending the night in Flint, Michigan.

Jussie Smolett of smash-hit TV show “Empire,” will be joining “Creed” director Ryan Coogler, Ava DuVernay (“Selma”), Janelle Monae and many other artists in Flint, Michigan for “Justice For Flint,” a free event designed to raise money and awareness for the town’s water crisis.

Tomorrow is the day. Looking forward to going back to #Flint and getting to see all of y’all. Free event to the public. Info in bio. #JusticeForFlint ✊?

The event will be hosted by comedian Hannibal Buress and live-streamed on revolt.tv. It will air at the same time as the 88th Academy Awards, where, for the second year in a row, no black actors are nominated.

Jussie Smollett is one of the more impressive and inspiring modern Jewish TV stars. The talented actor has been gracing our movie and TV screens since the early 90s but his real, colossal break-out was starring in the mega smash-hit “Empire,” a record breaking musical drama.

In the show, Smollett plays the gay son of the heads of “Empire Entertainment,” Luscious (Terrence Howard) and Cookie (Taraji P. Henson) Lyons. As musician Jamal Lyons, he is responsible for some of the show’s most catchy tunes.

It’s #EmpireWednesday so big shout out to @mela_yela for creating this for this week’s song. It’s called #ReadyToGo produced by my brother @therealswizzz & @musicmanty and penned by @simplymelodie. Available now. Pay attention cuz the song is part of a dope announcement coming??. Catch #empirefox tonight directed by m’lady @sanaahamri. It’s gonna be a good one. ?? Love y’all. #empire.

But Smollett, the son of a Jewish father and African-American mother, is also an activist. He often shares politically charged posts on his widely followed social media accounts, and participates in different social justice campaigns and charities.

This Sunday night won’t be Smollett’s first time in Flint. He visited there last month and shared his love and support for the town on Instagram:

On the ✈️ back to Chicago but my heart is still in #Flint. I pray y’all know that you are heard and you matter. We aren’t nearly done. I will see you in a few weeks. I Love y’all. ??❤️??

When I see the image of these babies from #Flint by @waynelawrence, I see the past, present AND future. It reminds me of the legendary images by #GordonParks. The power and strength of those images connected with the pain that we are presently dealing with many of the same issues as yesterday…today. Most importantly tho, these kids represent the future. In my heart, either one of them could end up as President of the United States one day. So instead of posting a pic of some dude with a white wig, who owned slaves as the representative of what our country started as… Because of the inspiration of people like @barackobama, I’d like to post this in celebration of what this country can and will be. May the young lead us in a way we never thought imaginable. Salute. #PresidentsDay #BeInspired #GoingBackToFlint #Repost @waynelawrence ・・・ Siblings Julie, Antonio, and India Abram collect their daily allowance of bottled water from Fire Station #3. Located on Martin Luther King Avenue, it is one of five firehouses that have become water resource sites in Flint, Michigan. The link to some portraits I made for @natgeo, along with personal accounts from persons surviving the water crisis in Flint, Michigan is now live. #stateofemergency #flintwatercrisis #michigan #injustice #corruption #americanhistory

Earlier this week, Smollett serenaded the Obama’s as part of a tribute to singer Ray Charles.

To say I love @michelleobama is the understatement of the century. Such an honor and the day is only getting started. So proud to call Mrs. Obama our First Lady. ??

In 2014, Smollett shared this picture of him lighting the Menorah with the hashtag “#Blewish” (Black and Jewish).

Happy first night of #Hanukkah my peeps. As I recite my blessings I’m thankful for all of the beauty in the world. I pray that we all come together as a human race and fight for the peace that this world so deserves. The very foundation of peace is respect and I respect & love you all deeply. (Except bigots… Yall can kiss my ass.) ? #HappyHanukkah2014 #Blewish