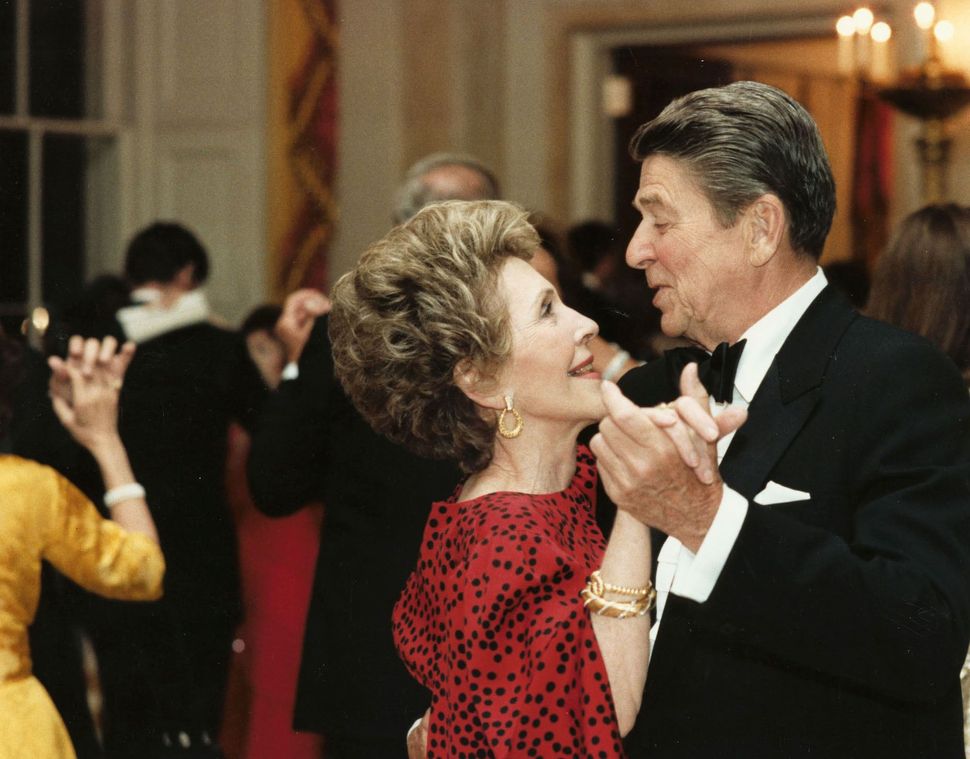 You may know William Novak as the co-editor of “The Big Book of Jewish Humor”, or as the father of famous actor and writer B.J. Novak. But for two years, during the Reagan administration, Will Novak served as the ghost writer of first lady Nancy Reagan.

After Nancy Reagan died this Sunday of congestive heart failure at the age of 94, Novak posted this short list in remembrance of her on The List App, an app his son co-created.

He remembered that when he was first offered his wife told him to “just say yes,” in reference to the first lady’s “Just Say No” anti-drug campaign.

“Mrs. Reagan really liked that story,” he divulges on the app.

While her media image was hard to get past, the two developed a friendly relationship, William wrote, he lost his mother while he was writing the book, but found a sympathetic figure in Reagan who had lost both her parents and almost lost her own husband during his presidency.

“She had some hard times and was often misunderstood,” Novak ends his post, “now, I trust, she will find some peace.”

You didn’t have to be a Reagan Republican to admire & respect Nancy Reagan. She was a tower of strength, unafraid to chart her own course.

Nancy Reagan persuaded her husband to support the Brady law & their advocacy was instrumental in helping us pass it, saving countless lives.

In a statement, democratic presidential hopeful Bernie Sanders wrote that Reagan “had a good heart” and “will be dearly missed:”

This is a sad day for America. Nancy Reagan had a good heart, and she will be dearly missed. pic.twitter.com/IXbgObtjtd

Israeli politicians remembered Reagan as “a friend of Israel.”

“I remember Nancy as a noble woman who supported President Reagan and stood by his side,” Israeli Prime Minister Benjamin Netanyahu said in a statement issued Sunday afternoon. “She will be remembered as a great friend of the State of Israel.”

I send my condolences to the Reagan family on the passing of Nancy Reagan. She will be remembered as a great friend of Israel.

Former Israeli President Shimon Peres in a statement wished his condolences “to the whole Reagan family, her friends and all citizens of the United States.” He called Nancy Reagan “President Ronald Reagan’s dedicated wife, a true partner in the president’s unique leadership, including his strong friendship with Israel.”

“I recall her noble nature and fierce fight against drugs and alcohol amongst youth. During her time as first lady, Reagan would illuminate the White House with a big smile and open heart.”