In an incredibly emotional episode of PBS’s “Finding Your Roots With Henry Louis Gates,” acclaimed actor Dustin Hoffman traces his patrilineal ancestry back to a violent and anti-Semitic Russia and learns of a family tragedy spanning generations at the hands of the Bolsheviks.

Born and raised in Los Angeles, the two-time Academy Award winning actor recalls failing out of Santa Monica Community College when he decided to take an acting class. His parents, Harry and Lillian Hoffman, were so happy their son had made a decision about his future they didn’t even mind that he chose acting. 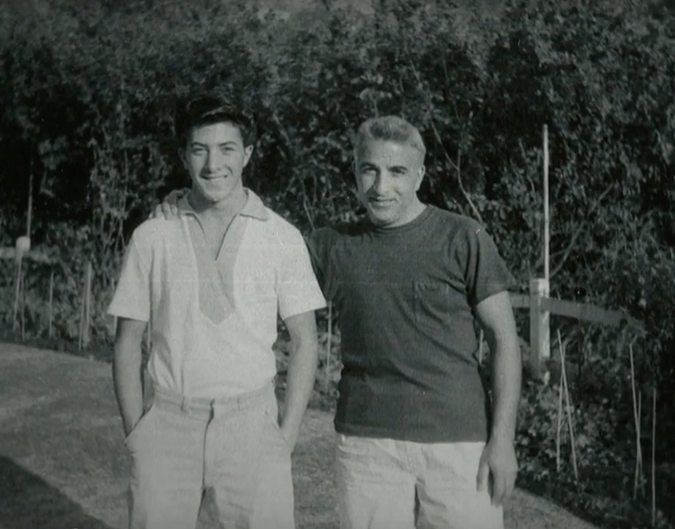 Harry and Lillian Hoffman had moved from Chicago to LA during the height of the Great Depression in 1933. Hoffman’s father, himself an aspiring actor but not a successful one, turned to selling furniture to support his young family. Hoffman recalls having a complicated relationship with his father, even comparing him to Willy Loman from “Death of a Salesman.”

Hoffman had never met or even knew the names of his paternal grandparents, Frank and Esther Hoffman, although they had emigrated to Chicago from Belaya Tserkov, back then part of the Russian empire, today located in Ukraine.

Frank Hoffman had left his parents, Sam and Libba Hoffman, behind when he went to Chicago, and still had every intention of going back. When news of bloody pogroms in Belaya Tserkov reached him, Frank swiftly returned to his homeland to save his parents. But in a cruel twist of fate he was imprisoned and disappeared for good.

Hoffman tears up reading the notice of imprisonment and disappearance, “I never met this guy,” he said of his grandfather, holding back tears.

An article in the “Chicago Tribune” 14 years after Frank Hoffman left for Russia provides a clue about what happened. A lawsuit filed by Frank Hoffman’s wife, and Hoffman’s grandmother, against the USSR revealed that Frank Hoffman was murdered by the Bolshevik’s secret police force, the Cheka, a predecessor organization to the KGB.

“Your grandmother had chutzpah,” Gates quips.

Not long after Frank Hoffman’s death, Sam Hoffman was also arrested and executed, mere months after his son. An article in a Russian newspaper revealed that Frank Hoffman’s mother, and Hoffman’s great grandmother, Libba Hoffman, survived a concentration camp and not only survived, she was able to immigrate to Argentina, eventually making her way to the United States in 1930 at the age of 62.

“I have so much trouble connecting to this because I come from a family where there were no relationships or need for them,” Hoffman says. “Maybe it could be as simple as ‘My kids and my wife are not going to know this because this is terrible stuff, it’s not good stuff to report’… And who knows my father could have been crying, grabbing his father’s leg, saying ‘Daddy, please don’t go,’” adding, “My poor dad.”

“My father was an atheist,” Hoffman recalls. “And we grew up not having a religion and my mother had a nose job to anti-Jewish herself. And I think in some way they were trying to pass.”

Unable to hold back his tears, Hoffman succumbs to his emotions. “People ask me today, what are you? I say I’m a Jew.”