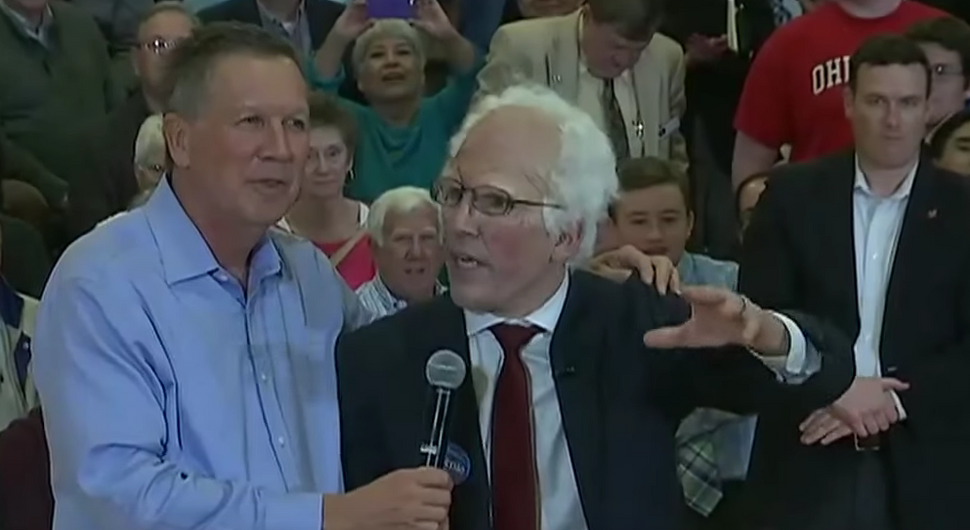 Governor John Kasich just got his most important endorsement and let us tell you, it is YUUUGE. It’s not from any millionaires or billionaires.

It’s from one, very adorable Bernie Sanders impersonator who, after heckling the GOP candidate, went up to the center of the hall and thanked Kasich for “bringing some class to the Republican debates.”