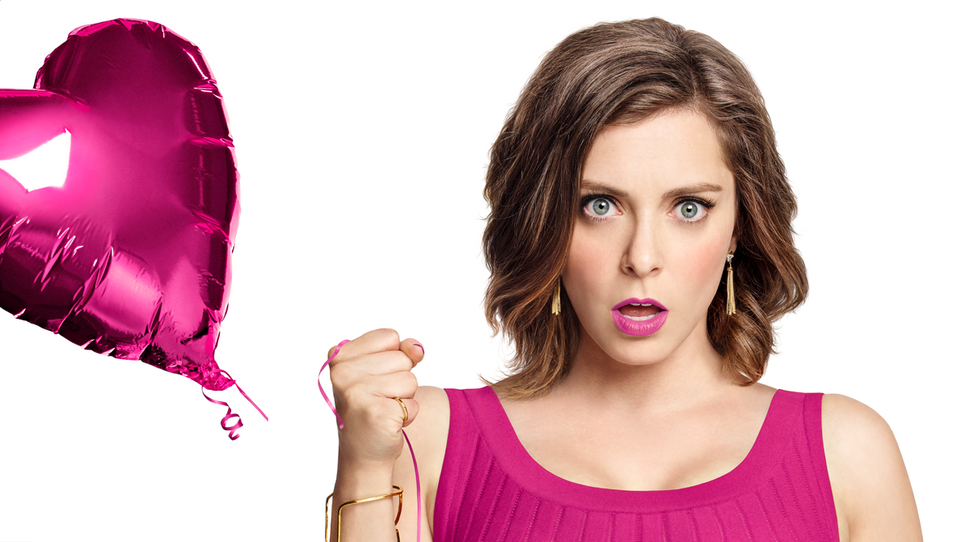 A few years ago, Rachel Bloom was best known as the creator of laugh-out-loud YouTube videos like “You Can Touch My Boobies” and “Historically Accurate Disney Princess Song.”

Now she is a Golden Globe and Critics’ Choice Award winner for her portrayal of Rebecca Bunch on “Crazy Ex-Girlfriend,” a musical comedy series she co-created with Aline Brosh McKenna, screenwriter of “The Devil Wears Prada” and “27 Dresses.”

And it also nearly didn’t happen. “Crazy Ex-Girlfriend” was developed for Showtime, but the cable network declined to move forward. In her jubilant Golden Globe acceptance speech, Bloom recounts how the show was unsuccessfully shopped around — receiving six rejections in a single day — until the CW picked it up.

Last week’s episode, the 13th of 18 in the first season, was particularly memorable: Rebecca dukes it out in an epic “JAP battle” with her childhood rival Audra Levine (Rachel Grate) that included such inspired lines as “You’re trippin’ like Birthright” and “Sheket bevaka shut the f— up.”

JTA spoke to Bloom about that memorable song, becoming a critical darling, Jewish identity and more.

JTA: Every episode of the show has been great, but this week’s was one of the best so far. Can you talk about how “JAP Rap Battle” came about?

Bloom: All of the writers had been talking about what’s going to happen when Audra Levine and Rebecca meet. We knew we wanted it to be some sort of rap battle because we’re all really big fans of “Hamilton.” And then, of course, “JAP Battle” is the natural title for that.

Was there any concern from anyone at the network that some people wouldn’t get it?

Not at all. They always loved it. It’s not the most relatable song, although you’d be surprised. I’ve gotten some tweets from people who are like, “I’m not Jewish, I live in the Midwest and I love this song.” I think at this point, our show lives in specificity — getting specific with different cultures and different types of people — so it just fits into that mold. 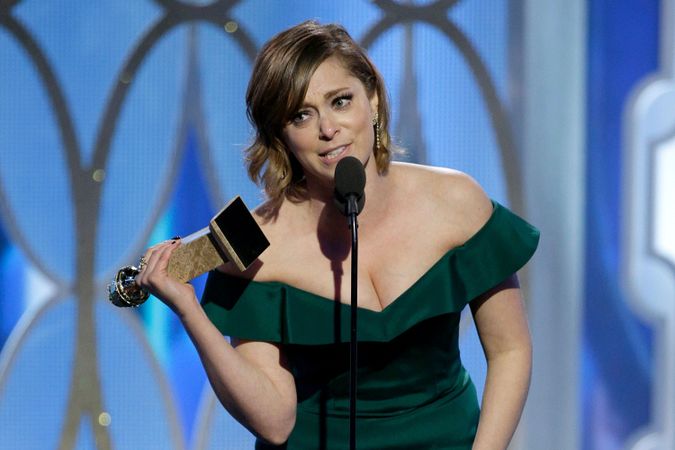 Usually when you see Jewish characters on television, it’s not really a part of their identity. But Rebecca’s entire sensibility is Jewish. Was that important to you to portray from the beginning?

It was always important to us. I think that when you get specific with cultures — especially an East Coast Jewish girl like Rebecca who was raised to succeed and went to Harvard and Yale — cultural identity is inherent in that.

Jews talk about being Jewish a lot. They’re very aware of their Jewish identity, so in getting specific with the character, it was natural to make Rebecca own that Jewishness. It also says something to my sense of humor and Aline’s. We definitely like Jewish humor.

I went to Hebrew school until around age 9 and then my parents let me quit to do more theater, so I was actually never bat mitzvahed. Both of my parents are Jewish. I was raised pretty secular, but I always say, “We didn’t have Passover seders, but I know every single celebrity who’s ever said anything anti-Semitic.”

You go to my parents’ house and it’s just filled with books about Judaism and the Holocaust. It was a part of my identity and very divorced from the religious and somewhat even the traditional cultural aspects of it. And then I went to school in New York. I’d always felt like a neurotic Jewish person growing up in California, and New York really brought out in a great way those parts of me.

My husband was raised in a Conservative family and his father’s Israeli, so Judaism has come even more to the forefront of my mind because of him and his upbringing.

You said during interviews after the Golden Globes that you were planning a trip to Israel. Did you go on that trip or is that something you’re still planning?

We’re actually going next week for 10 days. And someone from the Ministry of Tourism is setting stuff up, although we’re still looking for leads on free hotels and stuff if anyone wants to hook us up.

Is that going to be your first time there?

You were talking earlier about how you always felt like a New York Jew, so now that you’re back in California, do you feel like you fit in there?

So many of my friends out here now are also East Coast transplants, so I don’t feel like the most neurotic one anymore.

Growing up, I was not the most happy person, and now I’m much more content with who I am. I like Los Angeles a lot and I feel much more comfortable and at home here. And maybe it’s because I’m in the city and I’m in show business, but I actually like what the atmosphere does to my personality. In some ways, New York feeds into some of my worst tendencies, like staying up late, ordering in takeout, bad self discipline, being easily distracted. Here I’m a little bit more focused.

The show has been a critical success from the beginning, but it’s struggled to find its audience. Did that put more pressure on you to win awards?

Yes. The stakes are very high now every time we’re up for an award. We have survived based on critical acclaim. All I can do is make the best show I want [to make], be on social media, engage with the people who want to engage, but at a certain point, I personally cannot reach the millions of people who aren’t watching this show and missing out. So all I can do is continue to be good and everything else is out of my hands.

I think that’s why the Golden Globe and the Critics’ Choice Award were so important, because it was formal recognition that something we were doing was good. It gives us a legitimacy that we kind of always knew we had, but respected organizations officially gave us.