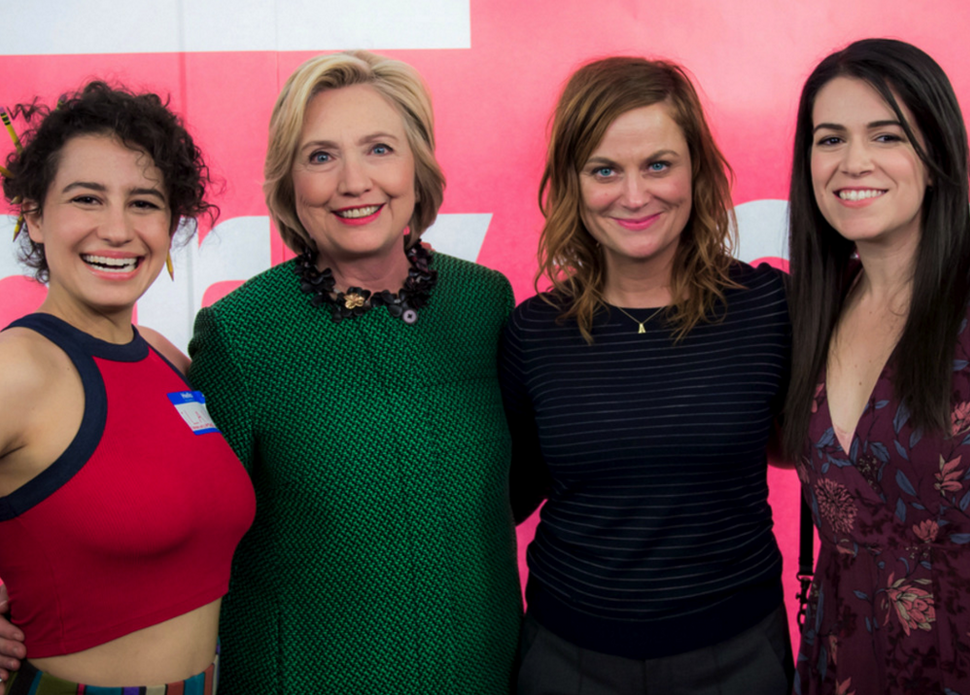 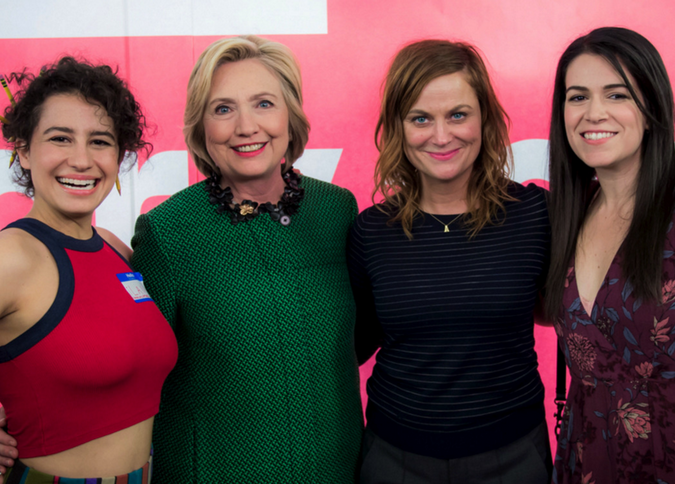 Hillary Clinton had a rough time in the media last week when she made a pretty serious slip-up speaking at Nancy Reagan’s funeral and lauding her for helping bring HIV/AIDs into the national conversation when in reality Reagan did exactly the opposite. She later published this apology.

But this week, the only female candidate in the race is gonna get a much needed PR boost among millennials, thanks to two much beloved and irreverent Jewish broads.

Abbi and Ilana of the hit comedy central show “Broad City” will be volunteering for the Hillary campaign in this week’s episode and have a run-in with their feminist hero, Secretary Clinton.

The episode, which was written a year ago, before the 2016 election was the center of media attention and according to the two actresses, they never expected Hillary to be a part of it.

Amy Poehler, the show’s producer, was the one who helped make this feminist summit a reality. The former Hillary Clinton impersonator (of SNL fame), reached out to the Clinton campaign, and according to Jacobson: “The campaign was like, ‘Let’s go with that.’”

The episodes airs this Wednesday, at 10 PM EST. We can’t wait.