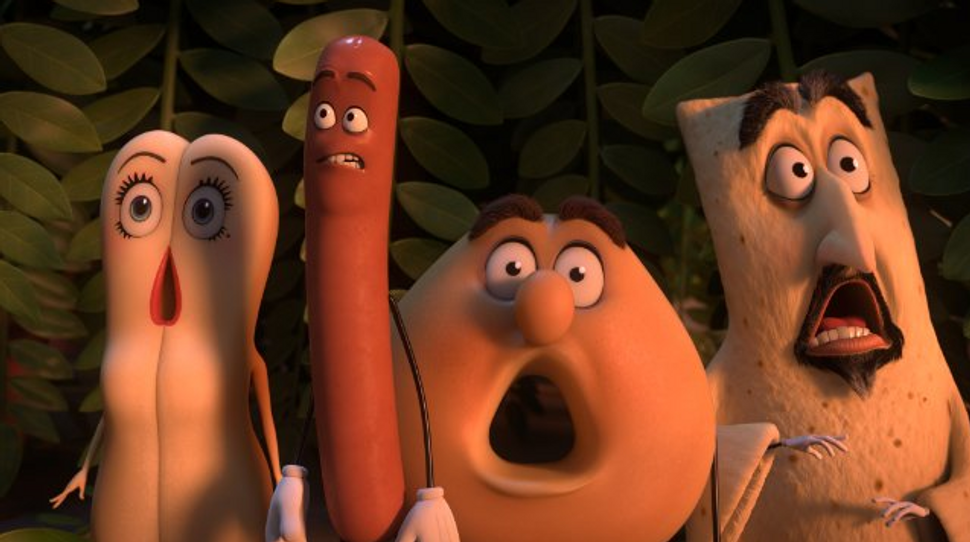 Have you wondered if food comes alive at night in the supermarket? Or if a potato feels pain when you peel it? And, most importantly, can a hot dog and a bun make love?

Rogen voices Frank, a simple hot dog that goes on the adventure of a lifetime to save his edible buddies and win the girl, who, in this case, is a fluffy hot dog bun with killer eyelashes. And just in case you think it’s all fun and games, if the rest of the movie is anything like the trailer, there are bound to be more than a few jokes poking fun at religious teachings of heaven.

With a comical cast including Kristin Wiig, Jonah Hill, James Franco, Bill Hader, Danny McBride, Paul Rudd, Salma Hayek and Edward Norton (as Sammy Bagel JR., by the way), this is bound to be a summer hit.

Grab a snack and watch the trailer here: