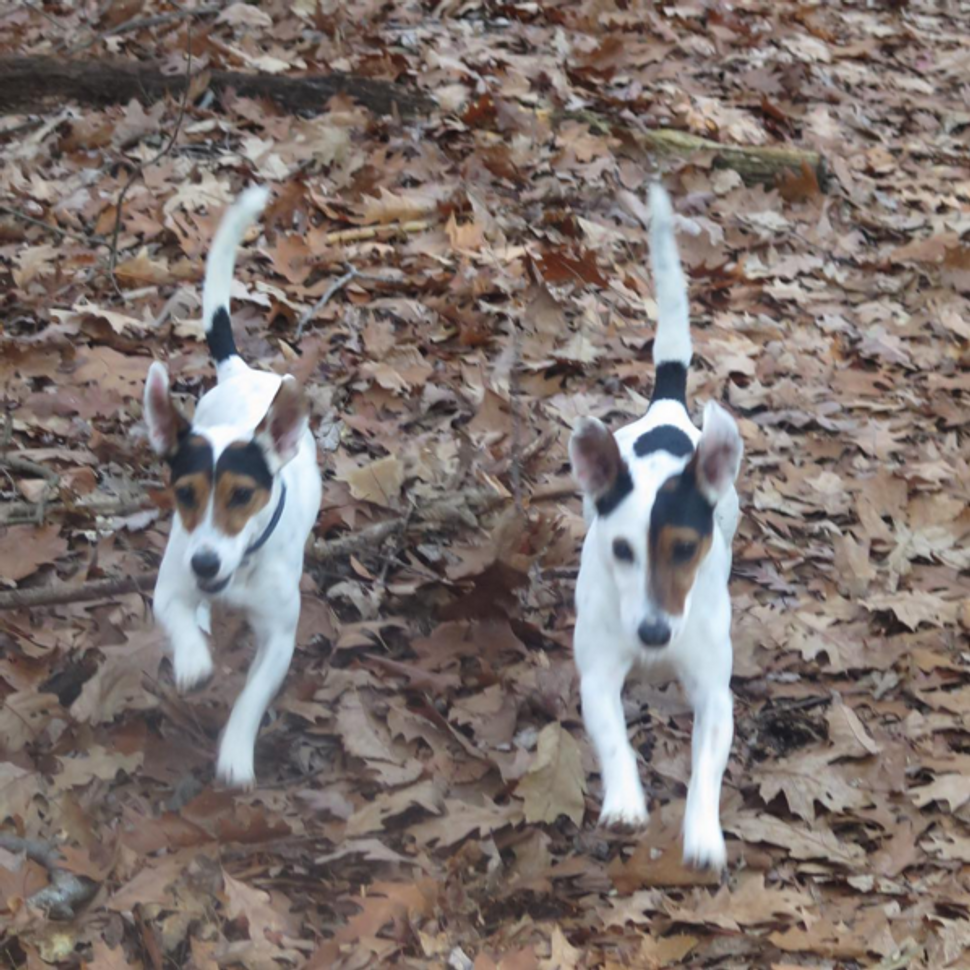 Jewish-German designer Diane Von Furstenberg and her media mogul husband Barry Diller could not handle the death of their Jack Russell Terrier; Shannon, after all, was one-of-a-kind. She lived in a custom-made, neoclassical doghouse. To solve the tiny problem of death and the fleetingness of life, they decided to clone her. Odd, because Von Furstenberg’s parents were Holocaust survivors. She talks often about how they inspired her zest for life and success. Now she’s a eugenicist?

Sisters on a Saturday in the country ! Love Diane

The Cut reports the couple paid around $100,000 for a Korean company to implant Shannon’s DNA into a dog embryo. Now they have two adorable puppies named Deena and Evita.

Meet DEENA… She is an exceptional dog ! Love Diane

DVF even integrates the pups into fashion, with the Shannon dress and the Deena dress. We’ll keep an eye out for the Evita dress.

Evita going for a drive ! Happy Saturday everyone ! Love Diane