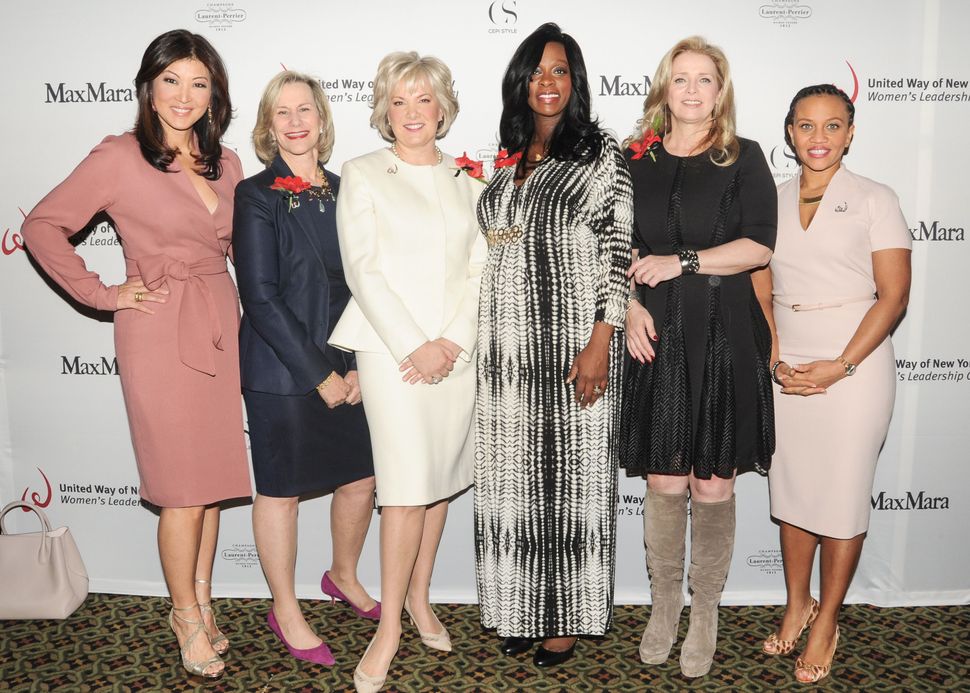 There’s an old adage that if you want to get something done — then have a woman do it. And that was at the heart of the 10th Annual Women’s Leadership Council Luncheon: “Power of Women to Make A Difference” held at Cipriani 42nd Street. Benefiting United Way of NYC’s ReadNYC Initiative it was attended by 600 guests and honored “female leaders who have positively impacted their communities and made a difference in the lives of others”: Laurie M. Tisch, President of Laurie M. Tisch Illumination Fund; Monique L. Nelson, Chair & CEO of UniWorld Group, Marine Reardon Chief Marketing Officer at Macy’s, and Jennifer Warren Managing Director and Head of U.S. Region at the Canadian Imperial Bank of Commerce.

Hosted by ABC Nightline’s Juju Chang, who in contrast to the luncheon’s bottom line program “Power of the Purse” auction said, no doubt with tongue-in-cheek, it was “taboo” to speak about money with female friends: “Too embarrassed… too boring…it was easier to talk about our sex lives.” Yet 100% of the proceeds of the auction of Givenchy, Gucci, Michael Kors, Max Mara and Chloe handbags were directed to ReadNYC — a campaign to improve educational opportunities for low-income communities in New York City which helps young students read on grade level in New York’s most challenged neighborhoods of concentrated poverty.

Sheena Wright, President and CEO of United Way of New York, told of growing up in the Bronx with a single mother who encouraged her and her sister to pursue their dreams. Now working closely with ReadNYC, she said: “If you can’t learn to read by third grade, you can’t read to learn.”

“I’m grateful to United Way of New York and the Women’s Leadership Council for their recognition of the power that women yield to transform communities” said Tisch. “I started the Illumination Fund nearly a decade ago with the conviction that circumstances of birth should not limit life’s opportunities. Through its targeted work in New York City’s neighborhoods, United Way is building a stronger and more equitable city.”

Each purse was paired with an item or experience—making it much more than a basic accessory with one offering champagne tasting at Champagne Laurent-Perrier in Tours-sur Marne, France and another bag partnered with a Max Mara coat—making the auction “more than worth it for both your closet and your commitment to give back.” The event raised $1 million.