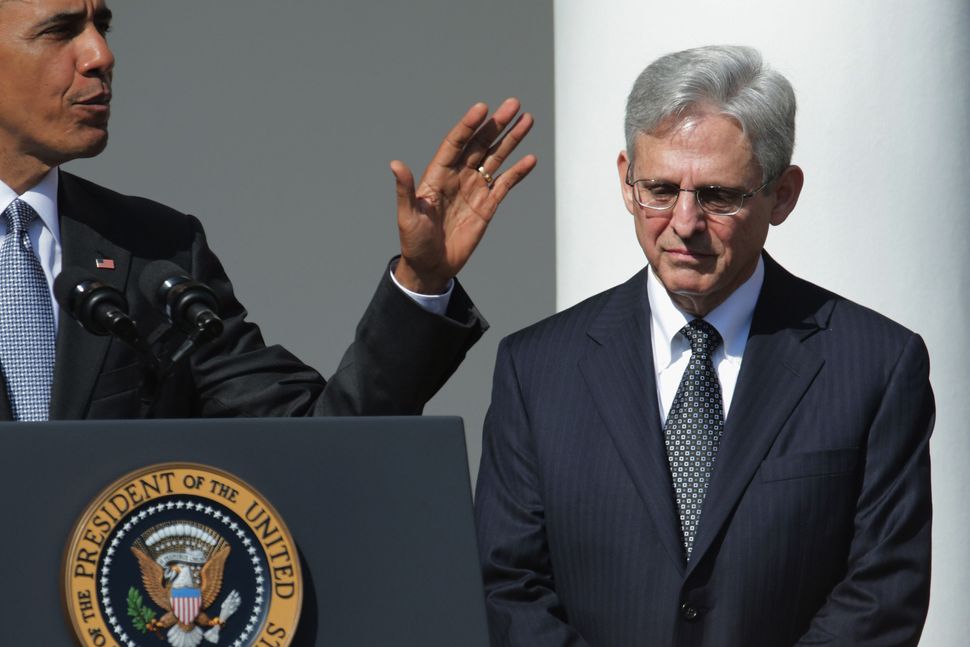 “Moreover, the progress of human isolation is now complete as well.”

That grammatically iffy quote, a morose musing on the inevitable shortfalls of human communication, stems from an unlikely source: a review of a triple-bill of Harold Pinter plays, written in 1973 by a Harvard undergraduate by the name of Merrick Garland.

Yes, it’s true: the current Supreme Court nominee once served judgments of a different kind. As Guardian art critic Jason Farago first discovered, while at Harvard Garland produced sporadic theater reviews for the Harvard Crimson. (He also wrote some news items, one of which bears the interesting title “McDonald’s Offers Hamburger Reward for Pints of Blood;” how starved, one wonders, must they have been for protein?)

As a contributor to the Harvard Crimson, Garland reviewed three campus productions: the aforementioned Pinter triple-bill (“Night School,” “Landscape,” and “Silence”), Pinter’s “The Homecoming,” and an all-freshman production of the “The Fantasticks.” (According to the Crimson’s website, Garland’s review of the last of those was published on the unlikely date of January 22nd, 1776; we hope that those senators who choose to review his credentials – alas, the presence of the word “choose” in that sentence – will take into the account the possibility that he is a time-traveler, and consider the possible legal ramifications of that status.)

Reading Garland’s reviews with an understanding of his current situation, some humorous foreshadowing emerges. “What they lack in vocal strength,” he wrote of the freshmen “Fantasticks,” “they are usually able to make up in spirit;” we might observe that the opposite could be said of Republican senators currently refusing to consider Garland’s nomination, who one might consider lacking a certain sense of civic spirit, but who speak with an indubitably impressive volume.

Garland continued to describe the plot of “The Fantasticks,” which revolves around two lovers whose fathers hate one another – or so it seems. “We soon learn, however,” Garland wrote, “that the fathers want the children married but have built the wall and contrived the feud because, as the fathers sing, ‘to manipulate children you merely say no.’” Ah, that the youth of America might be so unexpectedly lucky as to learn that the state of venomous political standoff in which they’ve been raised – currently responsible for the unprecedented conflict surrounding Garland’s nomination – is in fact a ruse designed to encourage future cooperation.

Reviewing Pinter, Garland introduced “The Homecoming” as “Pinter’s declaration of war on our…smug assurance that we can analyze why people act as they do.” A useful insight for the occupants of Congress, who might benefit from questioning their assumptions about those on the other side of the aisle; if only they would stop talking, in Pinter-esque silence, long enough to do so. And as a crowning jewel, in writing on the Pinter triple-bill, Garland pondered the plays’ common theme of human isolation. Writing of “Landscape,” he commented that one character’s words “hold the supreme irony: ‘We’re together, that’s what matters.’” No less ironic today, we think, than in 1973.