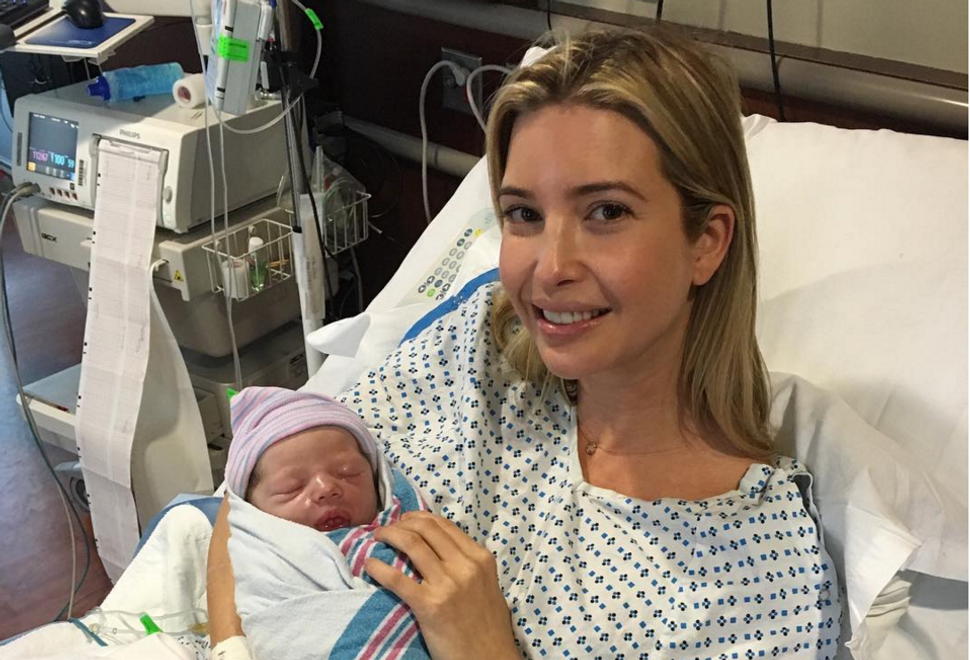 The couple just welcomed baby number three, who just last week was mentioned in his grandfather’s AIPAC speech: “My daughter, Ivanka, is about to have a beautiful Jewish baby,” Donald Trump told the crowd of the pro-Israel convention.

Let’s face it, no matter how you feel about Donald Trump, that’s a pretty cute Jewish baby right there. Theodore James Kushner was born this Sunday afternoon at 5:43 PM. An Easter Sunday delivery! Not that it should matter much to this Jewish family.

I have some very exciting news to share!! Check out this video and visit my site for the super sweet (and hilarious!) outtakes: http://bit.ly/1WkLPSe

We hope grandpa Trump can take some time off his busy schedule to attend Theodore’s briss.

Mazel tov to Ivanka and Jared!

Jared and I feel incredibly blessed to announce the arrival of Theodore James Kushner. Jared, Arabella, Joseph and I are so excited to welcome this sweet little boy to our family!