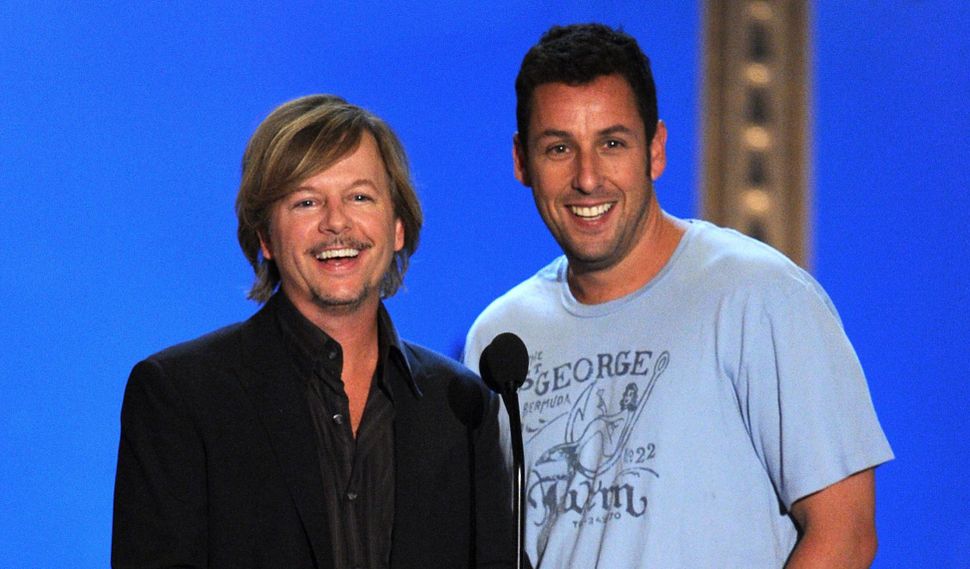 Old pals Adam Sandler and David Spade announced plans for a nation-wide comedy tour ahead of their upcoming Netflix movie “The Do-Over.”

According to an announcement on Sandler’s Facebook page, fans of the dynamic SNL duo can catch them live with Rob Schneider, Nick Swardson and “special guests” from May 19 to May 27. The final performance is also the premier date for the second in Sandler’s four-movie Netflix collaboration, following his controversial 2015 western “The Ridiculous Six.”

In “The Do-Over” Sandler and Spade play “two down-on-their-luck guys “decide to fake their own deaths and start over with new identities, only to find the people they’re pretending to be are in even deeper trouble,” according to the . The film is directed by Steven Brill, who also directed Sandler’s “Mr. Deeds” and “Little Nicky.”

Netflix released a short teaser trailer for the film and it already looks super R-rated. Watch it here: