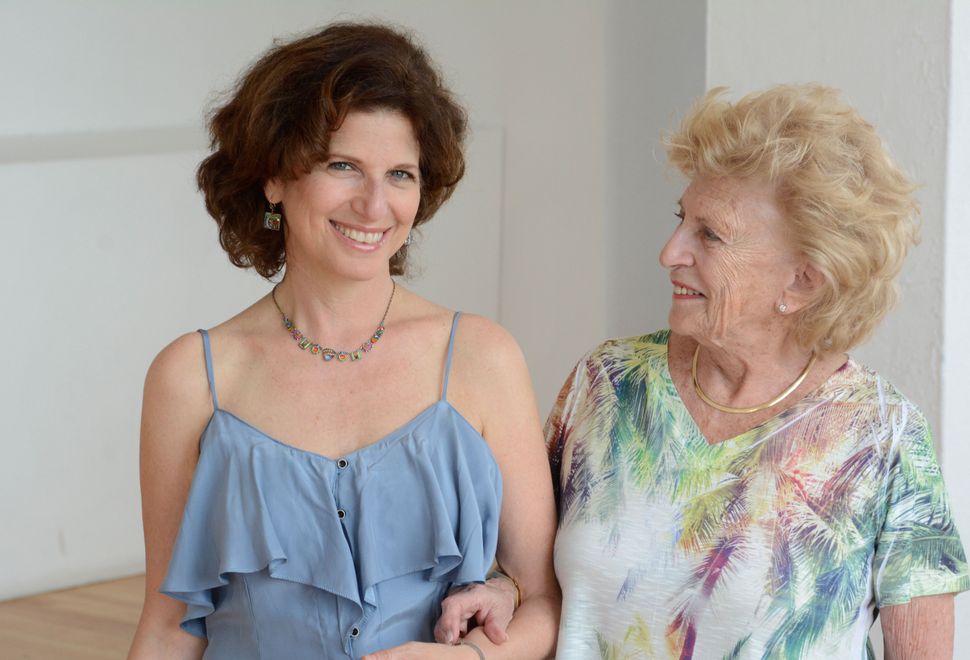 “We are all prisoners of our family life experience” Gayle Kirschenbaum — artist, filmmaker, and creator told me during several conversations about her autobiographical documentary “Look At Us Now Mother!” — an emotional, kishke-churning rollercoaster ride dealing with her mother’s lifelong torturing “get a nose job mantra” and more. Truth be told, my reaction to the film’s curtain-raiser scenes had me cringing at this portrayal of a mother from Hell. Gayle’s comment to me: “I thought of John Lennon’s song “Life Is What Happens When You’re Busy Doing Other Things.”

Crediting [Columbia University professor film maven] “Annette [Insdorf] for “changing my life.” Gayle said: “It was she who launched my short film “My Nose” which she recommended to film festivals. I saw I was not alone — adults, seniors, walking around with that anger and resentment of a critical parent and hadn’t let go of it. “My Nose” was on the front page of “The Washington Post”. My profile in front of a huge picture of the Indian on the Buffalo Nickel… my mother read it and said: ‘Great! Bad Press is better than no press. I am on the cover!’…. My mission was not to vilify [my mother] but to help other people. I must give her credit. I don’t know other mothers who would be willing to be so examined.”

Apropos the allusions to Joan Crawford in “Mommy Dearest” Gayle cited her mother’ near boast: “’I never knew I was such a bitch!…[But] I do look like Joan Crawford!’” “She is becoming a celebrity in her own time in Boca…Now my mother keeps telling audiences how talented I am…. This is my mission to tell people what I have learned in life. Being a human is challenging…my mother was out to get me. I came out as Gayle not Gary. Many friends had nose jobs and wish they did not have it…. The emotional stuff you remember, not receiving love, being lied to, never letting anyone near you. This was my life challenge.”

Jumping from one thought and memory to another, Gayle said: “I do have a course I teach. I do have a message. The most important thing is to find forgiveness in yourself.“

Revisiting “Look At Us Mother!” twice — with its convoluting family history and cast of characters [thanks to a treasure trove of home movies] — I told Gayle “ This film is a selfie.” “I’m happy you called it a ‘selfie’…. I am not technical, I just whipped it out…I sometimes learn from my audience.” She recalled a woman—following a screening — whispering to her own mother ‘you can now forgive grandma.’”

‘I knew [my mom] was funny. It is a difficult film. I did not want to torture people. I wanted comic relief. I knew it would leave you with laughter.” And smile I did at the evolution of their relationship at end of the film. “My mother is now 92. This is my message: The most important thing is to find forgiveness in somebody. When you hang on to that anger and resentment—it only hurts…. like an addiction…and that’s emotional bondage.”

Go …see… reflect… smile and at the end maybe forgive someone.