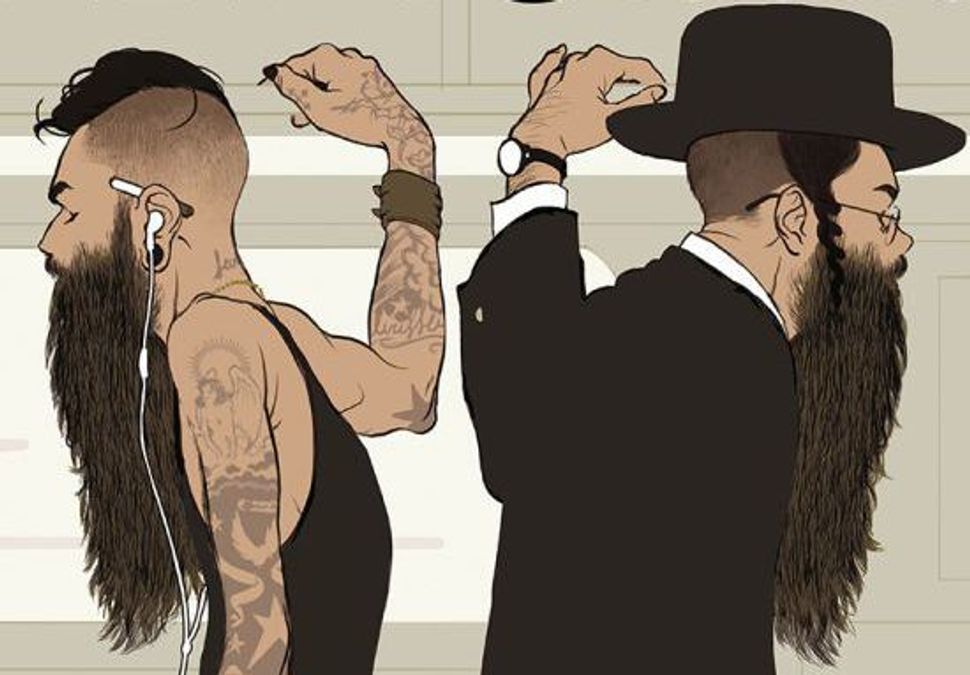 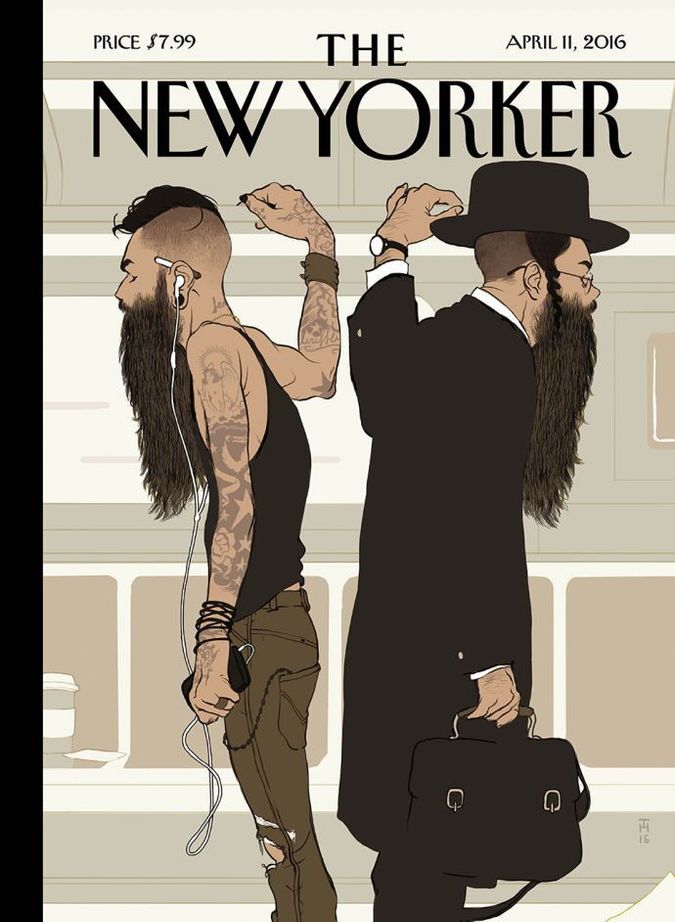 The striking image is named “Take the L Train,” referring to the Brooklyn-bound subway line, and features a hipster and a Hasid, back to back, sporting the same long black beard.

The Orthodox Jew wears traditional curled side locks, a black hat and long coat, while the hipster’s outfit consists of ripped jeans, black nail polish and a tank top that shows off his tattooed arms.

Israeli artist Tomer Hanuka praised the aesthetic of long beards, but noted that grooming extensive facial hair can be time-consuming.

“Bohemian beards may save time because you don’t have to shave, but a big beard demands commitment,” the award-winning cartoonist told the . “But I think superbeards can add gravitas to any face.”

Hanuka is no stranger to the struggles of maintaining perfectly groomed facial hair.

Despite regularly shaving his face and head, he struggles to keep the five o’clock shadow at bay, often sporting what he dubs a “Homer Simpson chin.”

Hanuka isn’t the first to point out the visual similarities between Hasidic and hipster men.

The blog “Hasid or Hipster,” features photos of men who look like they fit into both Brooklyn-based communities, and late-night host Jimmy Kimmel had audience members guess whether a particular beard belonged to an ultra-Orthodox Jew or a hipster.

“Between the hipster community and the Hasidic community here in Brooklyn, Brooklyn is by far the most bearded spot in New York. There’s more facial hair here than almost anywhere,” Kimmel joked.

While some see the two groups’ lifestyles as conflicting, others are not afraid to embrace both labels, such as Hasidic Jew Yuda Schlass, who started a Crown Heights sandwich shop named Hassid + Hipster.

The MTA recently announced it would close the L subway line for up to three years, causing many Brooklynites to bemoan extended commutes.