When Was the Bible Really Written? New Clues Emerge. 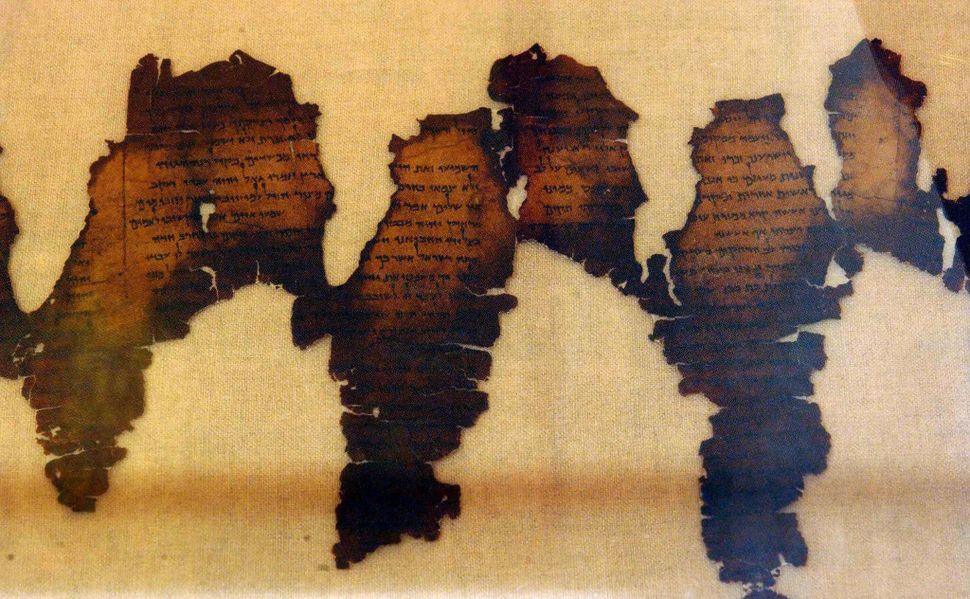 For a text commonly thought of as foundational, it can feel odd to think that there was a time when it didn’t really exist. The Bible, though, has a birthday, and no one knows quite when it is.

On Monday, a group of scholars from Tel Aviv University published a new guess.

, appearing in the Proceedings of the National Academy of Sciences of the United States of America, approaches the question from the angle of literacy. When a population becomes widely literate, it’s natural to imagine that teachings previously accessible only as oral texts would be transition into writing. “Proliferation of literacy is considered a precondition for the creation of such texts,” the paper’s abstract explains.

The researchers based their study on 16 shards of inscribed pottery discovered in an excavation of a fort in Arad. Dated to 600 B.C.E., the shards – known as ostracons – come from a compelling point in the timeline examined by scholars exploring when Biblical texts were first written down. The destruction of the First Temple and subsequent expulsion of the Jews from Judah occurred only fourteen years later, in 586 B.C.E.; the question of whether Biblical texts were first written and distributed before or after that date is one of the most prominent in the field.

Analyzing the handwriting and content of the ostracons, the team decided they’d been penned by at least 6 distinct authors. For a fort that the New York Times estimates would have only housed around 30 soldiers, that’s a lot; if a similarly high ratio of literacy was present in Judah’s entire population, there would have been more than enough literate people to warrant written circulation of biblical texts.

An environment like that, the abstract explains, “provides a possible stage setting for compilation of biblical texts,” lending support to the idea that Biblical texts might have first been written down before the destruction of the First Temple.

For scholars outside the Tel Aviv University group, the new evidence is interesting but inconclusive. Speaking to the New York Times, Professor Edward Greenstein of Bar-Ilan University explained that widespread literacy wasn’t the only possible catalyst for the first written versions of the Bible.

Regardless of how this new study influences the debate, it provides an intriguing opening to understandings of how our far-removed ancestors lived and thought.

“There is an understanding of the power of literacy,” Professor Israel Finkelstein, one of the project’s leaders, told the New York Times. “And they wrote well, with hardly any mistakes.”

When Was the Bible Really Written? New Clues Emerge.