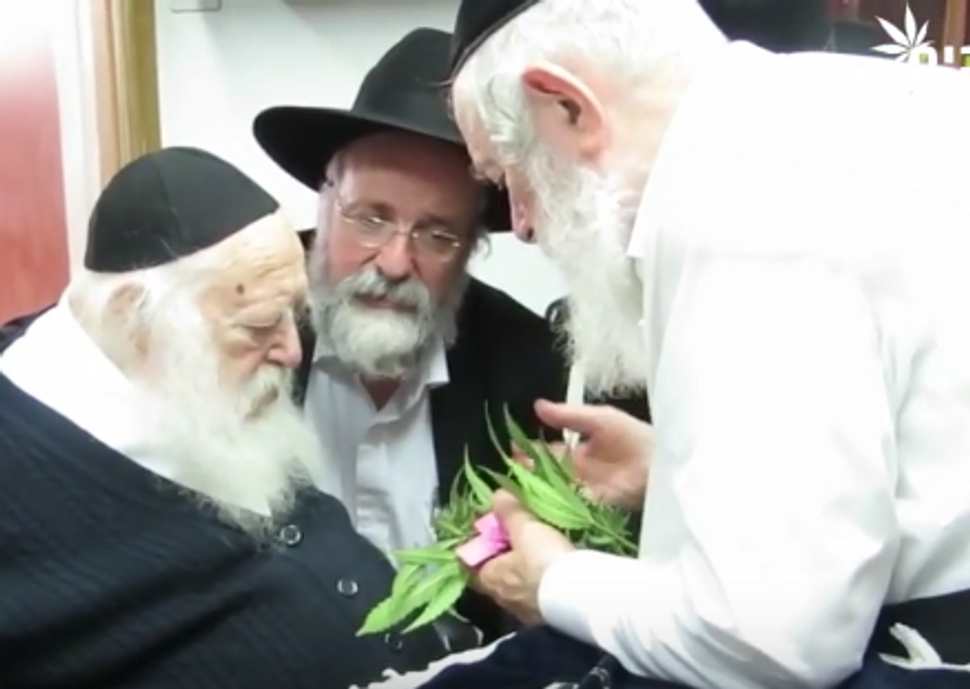 Pot is kosher for Passover when used for medicinal purposes, a leading Israeli ultra-Orthodox rabbi ruled as he pronounced a blessing over the plant’s leaves.

Although cannabis belongs to the category of kitniyot, legumes and pulses that Ashkenazi Jews traditionally avoid on Passover, marijuana is allowed due to its medical benefits, Rabbi Chaim Kanievsky declared.

According to the ruling, Jews of all backgrounds can consume medical marijuana, and the plant can be either smoked or eaten, the Times of Israel reported.

In the below video, Kanievsky and another prominent Israeli rabbi, Yitzchok Zilberstein, are presented with cannabis leaves, which they are told have a “healing fragrance.”

The presenter explains that the leaves are to be used by sick people and pronounces the traditional blessing for pleasant smells. Kanievsky and Zilberstein chime in with “Amen” and proceed to smell the plant.

In January, a New York company, Vireo Health, announced it was the world’s first kosher medical marijuana supplier, under the supervision of the Orthodox Union. It is not clear whether the company’s product will be allowed for Passover use.