Olivia Thirlby on Relationships, Indie Filmmaking and Letting It All Hang Out 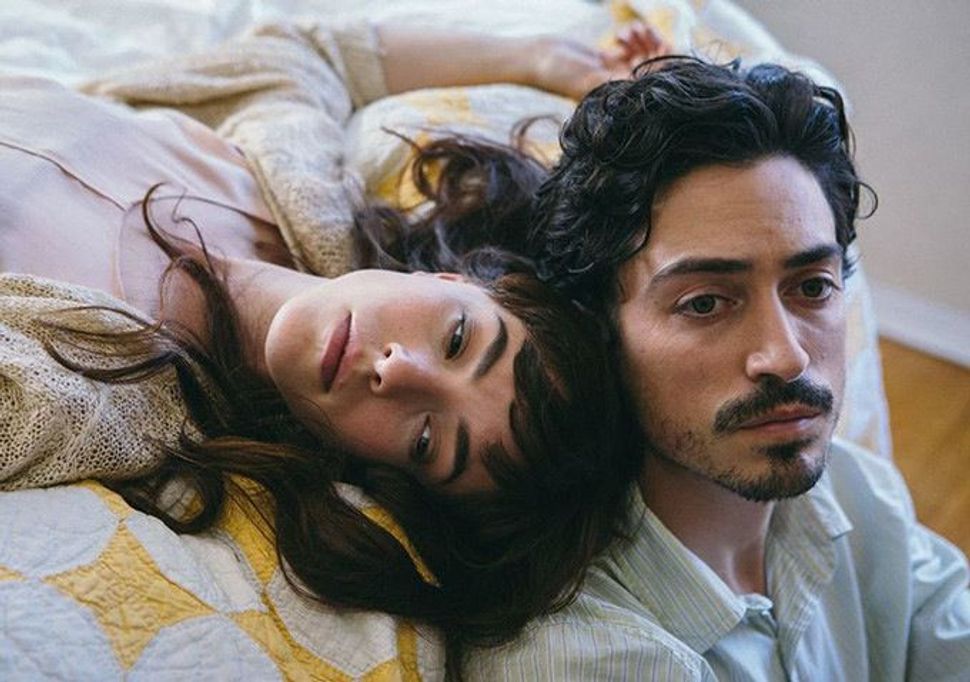 In “Between Us,” a romantic drama that premiered at the Tribeca Film Festival last week, there’s an ominous cloud hanging over Dianne (Olivia Thirlby) and Henry’s (Ben Feldman) six-year relationship.

He’s a screenwriter without a big hit, she’s doing well for herself as an event planner. They can’t decide if they should get married, their sex life has stalled and flirtations are starting to spring up outside of the relationship.

We spoke with Thirlby about capturing the couple’s relationship on-screen, the benefits of starring in independent films and the important life lesson she learned while shooting.

Forward: In a way, I left this film with a very similar feeling to the one I had watching [Thirlby’s 2012 film] “Nobody Walks.” Both examined relationships in a very raw, unfiltered way.

It’s interesting to draw a comparison between those films. I definitely hadn’t thought about it but now that you say it, it does make sense. They’re both portraying kind of hard to touch intricacies about interpersonal dynamics between two people, especially when you involve outside people in the relationship.

“Between Us” picks up quite late into Dianne and Henry’s relationship. How did you work together with Ben Feldman to capture the feeling of a worn-in relationship?

We spent a number of days rehearsing together and we did a lot of talking and a lot of sharing and getting comfortable with each other. We did some awesome improv activities that allowed us to be weird and vulnerable together. Ben and I got along really easily. By the time we started filming we were pretty comfortable with each other. We were clear on where this couple was at and what exactly we wanted to convey with them.

What are the rewards of acting in an independent film?

Sometimes with independent film the artist participating has more of a say in what they are creating, which is really how it should always be. An artist should be the one that is in control of their art. That’s not to suggest that that is not fully possible in mainstream film, but there’s a kind of a grassroots creative feeling that happens with independent film. There’s not a lot of formality, there’s not a lot of cooks in the kitchen. People are collaborating in a really authentic way and it’s really about themselves, what they have to say creatively. In independent film, some of the most magical things and the most unexpected things are born out of the moment, pure moments of creative flow.

In what ways do you feel like you were able to contribute creatively to the creation of Dianne’s character?

In the past, I’ve strived to identify what my character’s flaws were. I would try to mask my own flaws and think of ways to show their flaws. It’s a very intellectual process and as soon as you get into your head you’re a little bit less in the creative, spontaneous flow. This time around I decided that her flaws were my flaws. Instead of trying to cover up what my flaws were, be they physical or mental or emotional, I was just going to let it all hang out and let her superimpose herself over me. I was like, I’m just going to let her be myself.

Was that freeing in a way? Or more scary?

I think it was both. It was more freeing when I was shooting the film and more scary when I was watching it.

I do feel like I learned a big life lesson from this film and it’s something I think Dianne learns from the film as well. I think what’s at the heart of the film is that you can only communicate with your partner as honestly as you’re communicating with yourself. I think that is an epic lesson.

Communication is kind of the thread by which a relationship will live or die or hang on or break. You can think you’re doing a great job of communicating with your partner and maybe on some level you are, but if there are things inside you that you are not in touch with, your communication is only going to be so strong.

Olivia Thirlby on Relationships, Indie Filmmaking and Letting It All Hang Out