Lea Michele Discovers Greek Jewish Roots on ‘Who Do You Think You Are?’ 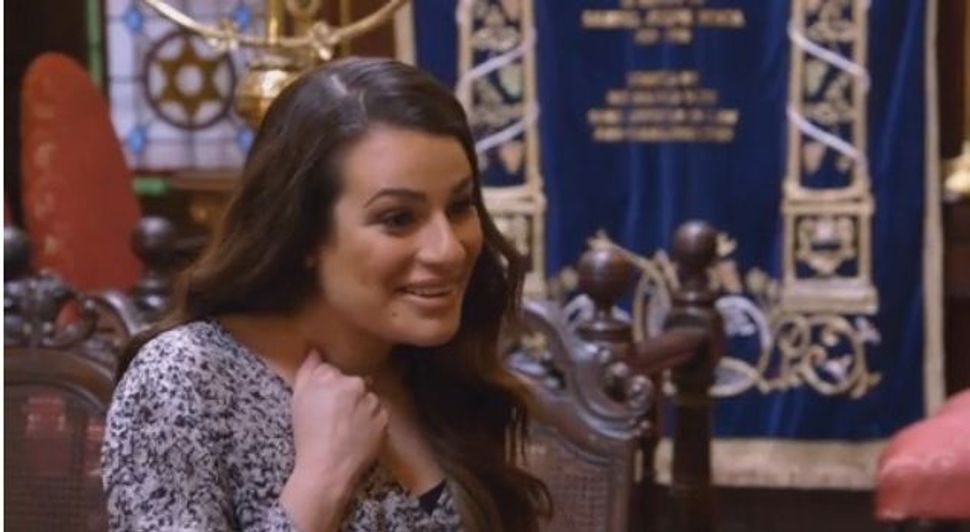 Actress Lea Michele discovers her Jewish ancestry on TLC show “Who Do You Think You Are.” Image by TLC

“Glee” star Lea Michele discovered her Greek Jewish roots in the season finale of Emmy-nominated series “Who Do You Think You Are?” which will air on Sunday.

With the help of Devin E. Naar, who researches Sephardic Jewry at the University of Washington, Michele learned that her paternal grandmother’s family came from the northern Greek city of Salonica.

The Salonica community was once one of the largest Sephardic communities in the world and was nicknamed “Jerusalem of the Balkans.” However, 96% of the city’s Jews were killed by the Nazis during the Holocaust.

The actress was born Lea Michele Sarfati, to a Italian mother and a Jewish Sephardic father. She was raised in her mother’s Catholic faith.

Michele played Jewish character Rachel Berry on musical hit show “Glee,” and has said she is proud of her “Jewish nose.”

Naar said he was excited that the episode would allow Americans to learn more about the heritage of Sephardic Jewry.

“Most Americans probably have never heard of Sephardic Jews. So for such a prominent celebrity to speak so publicly and intimately about her connection to this often invisible history and culture will be a turning point. It’s really exciting: the episode will familiarize Americans with the very existence of Sephardic Jews and hopefully pique their curiosity and inspire them to learn more,” Naar said, according to Washington University’s Jewish studies department.

“Who Do You Think You Are?” premiered in 2010 and documents celebrities as they trace parts of their family history.

Lea Michele Discovers Greek Jewish Roots on ‘Who Do You Think You Are?’