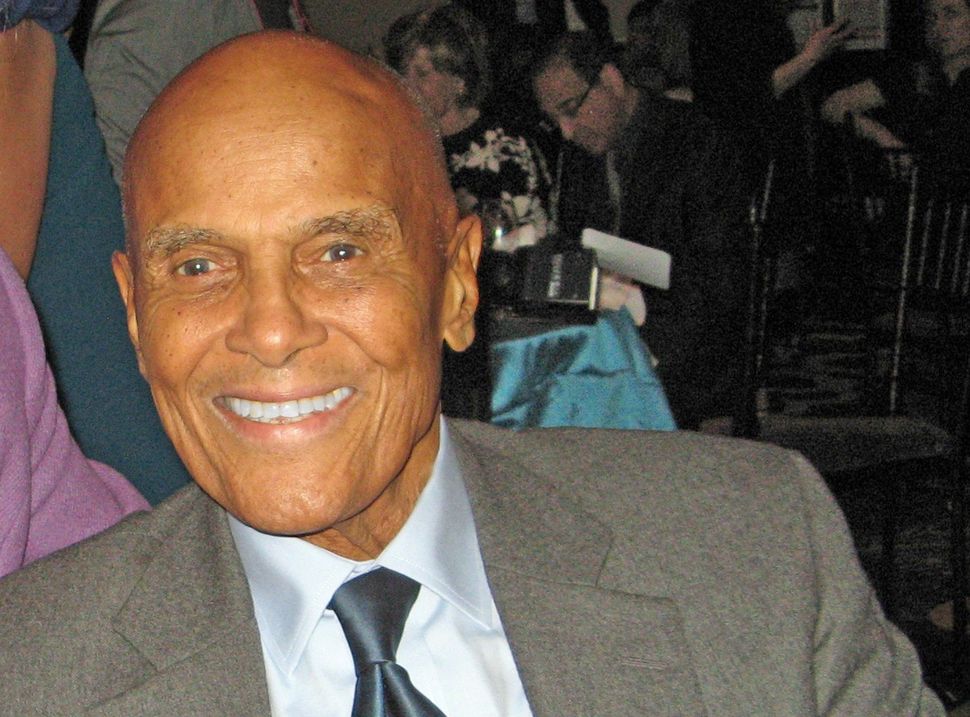 “Who better to teach us what it means to ‘age like a New Yorker’ than tonight’s honorees?” Audrey Weiner president and CEO of The New Jewish Home told the 440 guests at its third annual “Eight Over Eighty” benefit at the Mandarin Oriental. Emceed by Soledad O’Brien the evening offered self revelatory and laughter-eliciting video vignette of each of the honorees: jazz patron Bob Appel, singer Harry Belafonte, ballet luminary Jacques d’Amboise, philanthropist Joy Henshel, Broadway phenom Chita Rivera, gossip doyenne Liz Smith, ad man Keith Reinhard and Sesame Street’s [Big Bird and Oscar the Grouch] Caroll Spinneyall of whom who shared life-experience wisdom.

“You know what Joan Crawford said?” “If you want me to be like the girl next door, go next door” posited Smith. “I am not a gunslinger of gossip. I do what I think I can get away with…. I would really be ungrateful if I tried to change the past. If you have your health and you’re still active I don’t see any downside to being older…and I’m out all the time.” 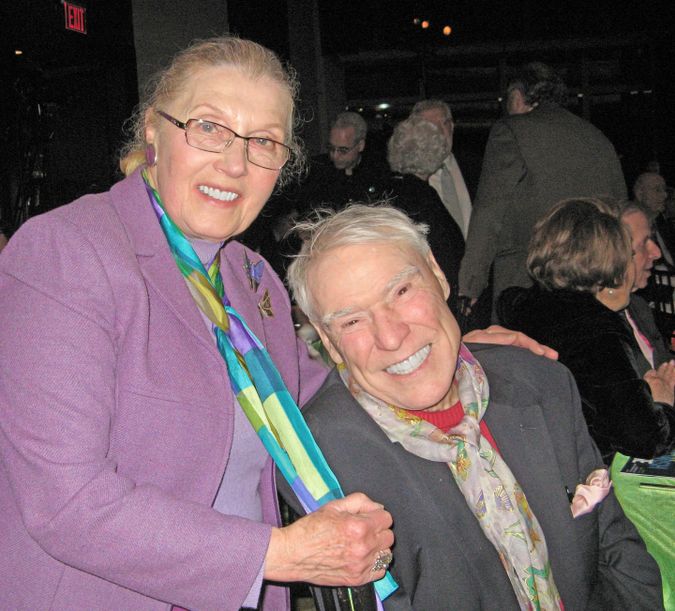 In a film montage in which he is demonstrating steps to a group of school children, Jacques D’Amboise — one of the finest classical dancers of our time— confides: “I was a street kid growing up in Washington Heights…. and my mother wanted us —there were 4 of us—to be able to recite poetry, know about acting, theater, how to paint…got me a scholarship to dance as a boy—not many boys studied ballet.” A protégée of George Balanchine, he stated: “Ordinary people walk and talk. Special people sing and dance.”

Belafonte—whose album “Calypso” became the first recording in history to sell more than a million copies— prefaced his remarks with a Paul Robeson quote: “’As an artist I come to sing, but as a citizen I will always speak for peace and no one can silence me in this.’” Seen in a film clip singing, “Try to Remember” and “Day- O!” [The Banana Boat Song] Belafonte mused: “…I had some power to reach a hand across the racial divide…. as if I was the personal emissary of the Civil Rights movement.”

Quoting Ella Fitzgerald—“’It’s not where you came from, but where you’re going that counts’”— Bob Appel, President of Appel Associates who gave his name to the Appel Room at Jazz at Lincoln Center —confessed: “I fell for the Big Band guys— Benny Goodman, Artie Shaw…the music of the ‘30’s and ’40’s turned me on. I loved that music.” Jewish Homes’ “own” elegant board member, volunteer and 60 years’ long serious bridge player, Joan Henshel quoted Marlene Dietrich’s dictum: “It’s the friends that you can call at 4 a.m. that really matter.”

The New Jewish Home (formerly Jewish Home Lifecare) is one of the nation’s largest and most diversified nonprofit geriatric care system serving 12,000 older adults each year in their homes and on three campuses offering rehabilitation, skilled nursing and a wide range of home health programs.

A few heart-warming statistics about The New Jewish Home: 189 of its residents are over 100 years old! Boasts the first Geriatric Substance Abuse program in the nation. Offers eldercare services throughout the five boroughs with 84% of rehab clients returning home without needing to return to the hospital.