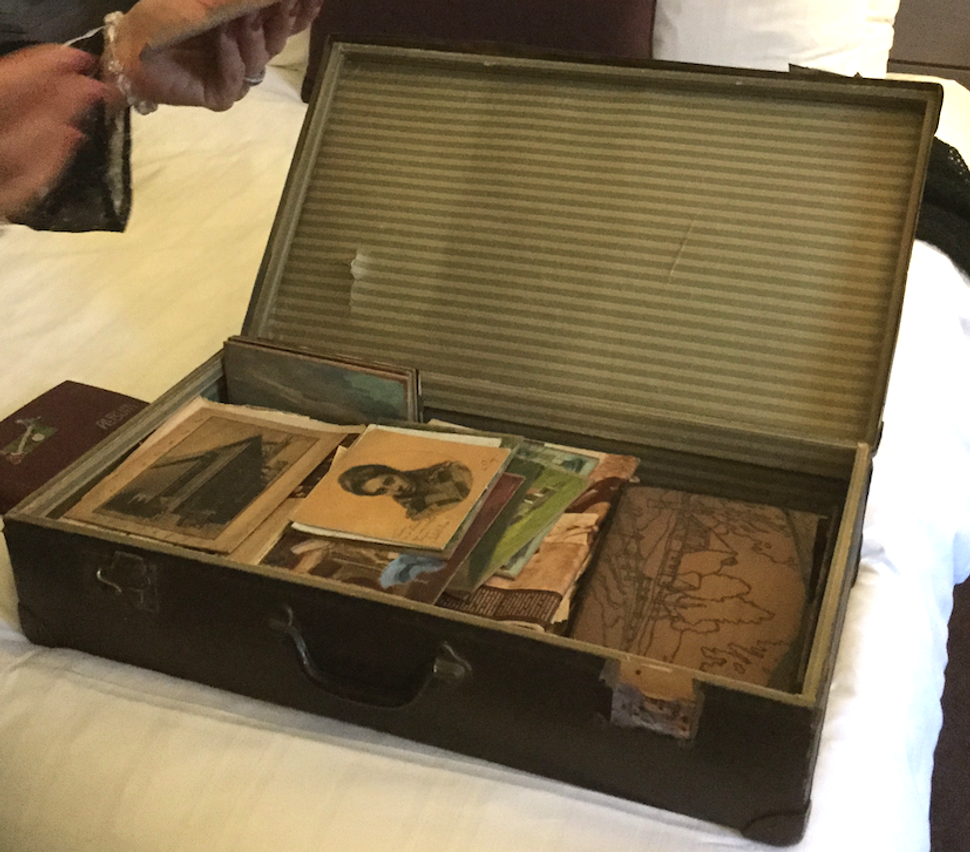 Seven years ago, Charlaine Scholten, the tenant of an apartment building on Beethovenstraat in Amsterdam, found a worn, yet intact suitcase in a cupboard that contained old photographs, postcards, oil paintings and newspaper clippings.

The suitcase remained untouched for six years, when Scholten stumbled upon it again in the attic and decided to inspect it further.

What ensued eventually became a classic reunion story between the lost contents of the suitcase and its owner’s ancestors, and a family history rediscovered.

Scholten found a self-portrait of a woman named Emmy Porges. Her last name indicated she was a Jewish immigrant from around Austria. From there, she connected the dots through several generations to a man named Frank Meier in Florida. It turned out Porges was his aunt.

Meier sent his daughter on a flight from Texas to Amsterdam to retrieve the contents. She was a flight attendant and had often stayed overnight on Beethovenstraat when she flew through Amsterdam, a few doors down from the hidden suitcase all those years.

“One of my girlfriends said to me, ‘this is like our Anne Frank moment.’ The idea of this beautiful, talented and independent woman leaving all this stuff behind. I looked across at my friend, and she looked up at the carpenter who had found it, and we were all crying,” said the daughter, Vivien, in an interview with Dutch News.

Through detective work after this reunion, the family discovered Porges died from heart failure long before the war broke out and hadn’t even lived in Amsterdam.

How the suitcase got there still remains a mystery.