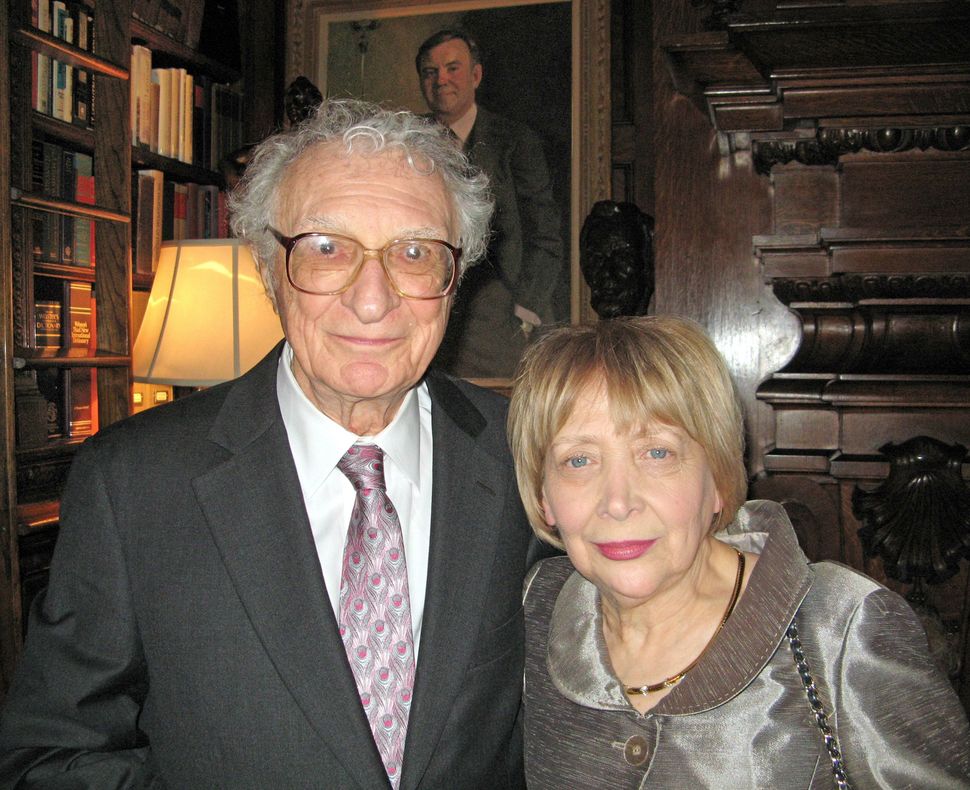 “We dedicate this program to Bel Kaufman, she left this world too young—at 103! Jennie-Smith Peers, Executive Director of ESTA (Elders Share the Arts) told the guests at the May 5th Flamekeeper Award Ceremony at Manhattan’s Lotos Club honoring Sheldon Harnick Broadway lyricist extraordinaire.

Bryna Wasserman, executive director of the National Yiddish Theater-Folksbiene, was kvelling. “Tonight I feel doubly blessed to have the honor to present the award. Both Bel and Sheldon have inspired and enlightened artists round the world…. Bel—a personal friend—last appeared on the Folksbiene stage at the age of 102—her wit as sharp as ever. Bel and Sheldon were bound through their connection to the Yiddish writer Sholem Aleichem. For Bel, this was her grandfather on whose knee she would sit as he penned his stories and monologues. For Sheldon, Sholem Aleichem was the inspiration for “Fiddler on the Roof.”

“I’m thrilled to get an award in her name,” declared Harnick. “There were some critics who thought we hadn’t done right by “Sholom Aleichem…And Bel said ‘ignore them! Sholem Aleichem would have loved what you have done.’ It’s true, I am still working, but I have slowed down—I was 92 last week.” 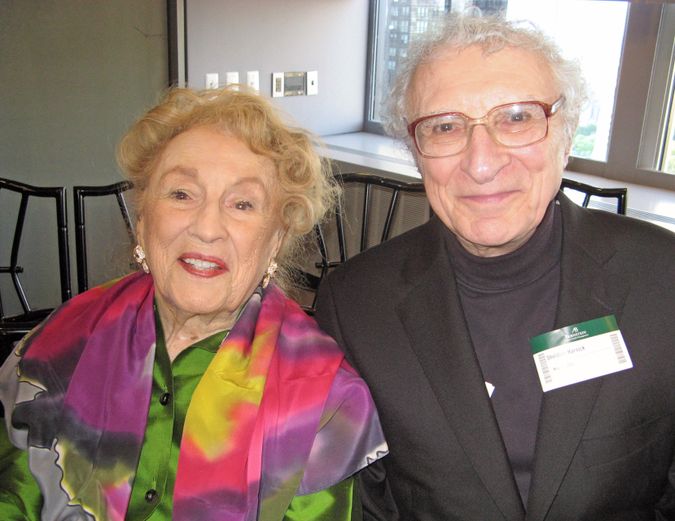 Emcee actor-writer Nick Corley asked Harnick: “Where did your life as an artist begin?” Harnick: My mother used to celebrate every bar mitzvah, wedding and write a little poem…My sister also wrote poetry. There was a citywide contest for H.S. poets and—out of thousands—she won a book of poetry which I promptly stole from her…I began to write poetry. I was approached by a classmate who was interested in the theater, which was terra incognita for me. We began to write sketches performed in amateur theater at the Oriental Theater…and were booed off the stage.

“After high school I was drafted into the Army, wound up in Georgia where they lost my records for 90 days while guys were being shipped overseas. I joined a Special Services Organization on the base headed by a man named Saul Lerner—a theatrical agent in civilian life. A pretty blonde used to visit him. When I got out of the army, I moved to New York. His blonde girlfriend was June Taylor—the choreographer for the Jackie Gleason Show!”

Corley: A quick memory from each of your Broadway shows. Harnick offered a behind the-scenes rundown of “memories” starting with “Body Beautiful” (“A quick failure—about a boxer) through Pulitzer Prize winning “Fiorello!” which tied with “The Sound of Music” for the Tony Award for best musical. Corley: Now “She Loves Me” is playing on Broadway.” Harnick: The original production was a heartbreak…we closed after 8 ½ months. It was a flop. When the Grammy Awards came around I said I was not going…. It won a Grammy and I wasn’t there! …and now this production (on Broadway) is the finest I have seen. Corley: What is your favorite ‘Fiddler’ memory?” Harnick: The best audience we ever had was composed entirely of priests and nuns…. It wouldn’t be just a Jewish show…but a universal show…. We were not minimizing the Jewishness…I was standing in the back [at a benefit performance] and Florence Henderson came running up the aisle. ‘Sheldon! Sheldon! This show is about my Irish grandmother! ‘”

In her overview of the evolution of ESTA Program Director Remy Kunstler informed it was launched in 1979 by Susan Pearlstein with a single living history workshop at the Hudson Senior Center in the South Bronx then grew to five other senior centers becoming a city-wide program. ESTA is one of the first organizations in the nation to think about creative aging and UJA is one of its supporters.