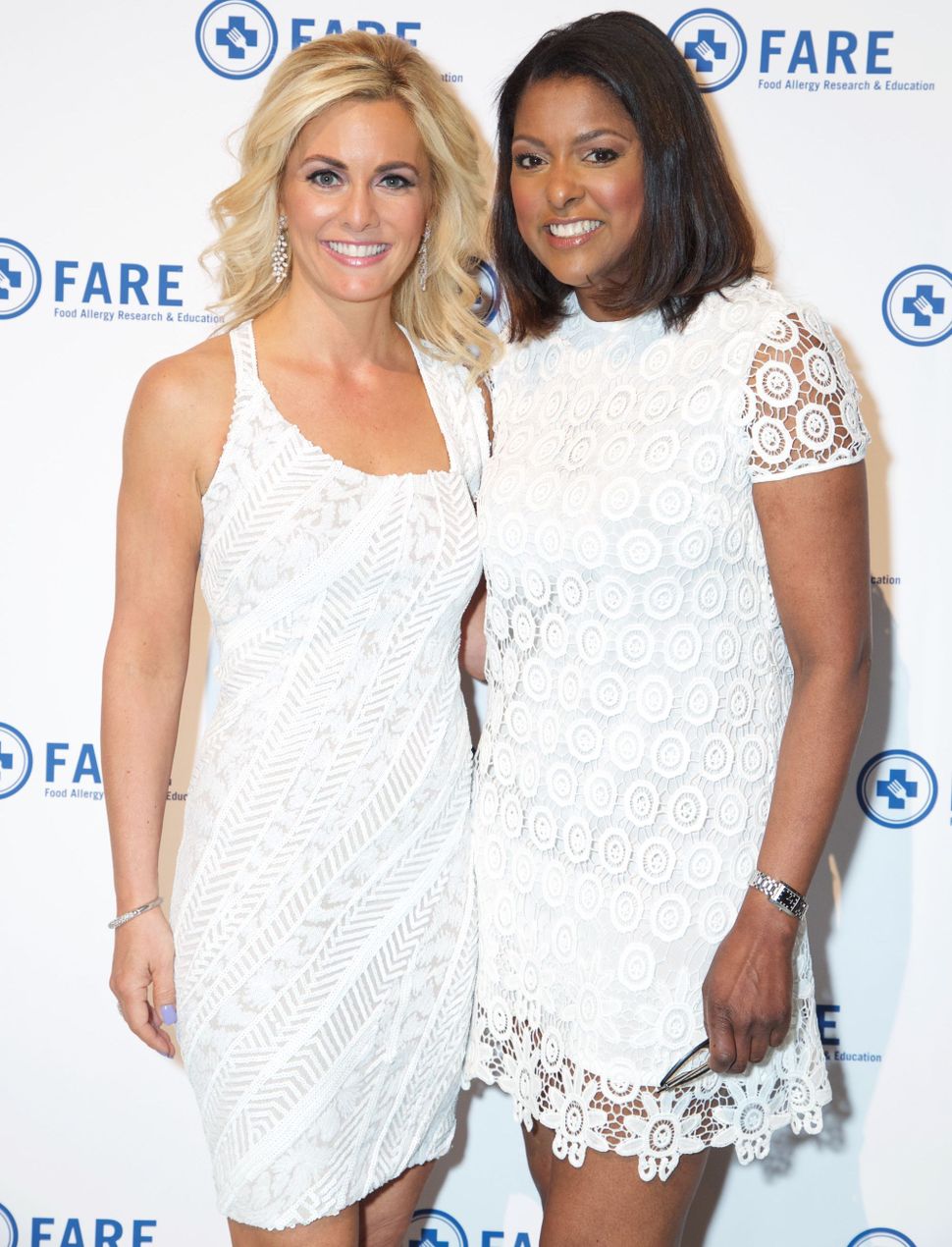 “Fifteen million Americans have a food allergy” Lori Stokes, Anchor WABC-TV, New York told the 550 guests at FARE’s [Food Allergy Research & Education] 17th Annual Spring Luncheon at Cipriani’s 42nd. St. ” That means fifteen million reasons to improve the quality of life and health of individuals with food allergies and provide them hope through the promise of new treatments. I would like to thank my TV station for recognizing that food allergy is a serious public health issue. I have had food allergies since I was a teenager and my youngest daughter Nicolette is allergic to tree nuts.”

“There are many families like ours in the United State today,” said Stokes “and we are proud to honor one of those families and Abbey Braverman — [who] for twenty years has been a dedicated supporter of our organization — will share a personal story with you, one that might strike fear in our hearts. Last fall her daughter **Heather ** experienced an anaphylactic reaction that she won’t soon forget.”

Calling it “the scariest night of my life”, Heather Braverman said: “ I learned a few lessons and I hope that kids, teens, parents and other adults managing food allergies will understand how crucial it is to be educated [about the] life-saving epinephrine (EpiPen) in cases of anaphylaxis to ensure safety in restaurants. Without my mom’s help [and support] I would not have been able to manage my food allergies [and] would not be attending USC…. Here’s how that night unfolded for me. Mom was 2000 miles from her daughter [who was] experiencing her first anaphylactic reaction in 16 years.” Abbey countered: “When anaphylaxis happens, you don’t always know it’s anaphylaxis…. I told Heather to take an antihistamine. I should have told her to administer her epinephrine…I didn’t know she had actually ingested a peanut. Even the emergency room doctors wouldn’t give her epinephrine at first, because they didn’t think her symptoms were related to anaphylaxis. Had they listened, had she self-administered—perhaps she would not have experienced the terrifying moments when her throat was closing and the hives spreading throughout her body. I urge you to take our experience to heart.”

“Every three minutes, an allergic reaction sends someone to the emergency room in the U.S. and half of those reactions are potentially fatal anaphylaxis” informed Dr. James Baker Jr., CEO and Chief Medical Officer of FARE. “In the last year alone, we have developed new resources to keep students safe and included in schools…. worked on training colleges on best practices for food allergy management…. have mobilized supporters for legislation… to improving airline travel for passengers with food allergies… A number of FARE-funded studies were published last year including LEAP-On Study, which showed that early introduction of peanuts leads to a reduction of peanut allergy… already making an impact through the rewriting of clinical guidance from the NIH…. Have funded 24 centers of excellence in 2015 including Mount Sinai in New York.”

My daughter Karen and I were in a restaurant the following week and when she cautioned the waitress to tell the chef “no [tree] nuts in the salad.” The waitress nodded and said ”I understand…my son had just been diagnosed with a peanut and nut allergy and she was not sure what to do, where to go for guidance. I just happened to have a FARE Food Allergy restaurant information card with me.