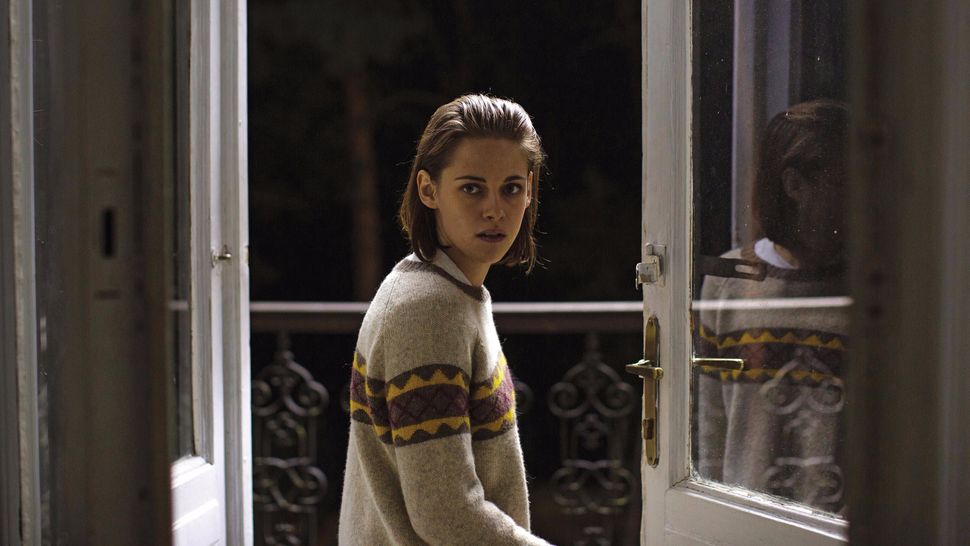 The news from Cannes’ opening weekend was reassuringly familiar. Woody Allen opened the festival for the first time since 2011’s hit “Midnight in Paris,” with a far more tepidly received entry. Ken Loach was forgiven for reneging on his promise of two years ago to stop making films after “I, Daniel Blake,” a tear-jerking critique of Britain’s welfare system, had critics here in ecstasies.

That film, along with the nearly three-hour-long German comedy “Toni Erdmann” (word on the street is that it’s genuinely hilarious), is the current frontrunner for the Palme d’Or, the festival’s coveted trophy, given this year by a jury presided over by the George Miller, the Australian director whose “Mad Max: Fury Road” made one of the biggest splashes at last year’s festival. Miller reportedly put distance between himself and his original “Mad Max” Mel Gibson, choosing to ditch him for the most recent installment of the post-apocalyptic franchise, after the actor’s ugly public behavior, including his drunken anti-Semitic ranting. The jury is out — pardon the expression — on whether Miller is Jewish. If he is, he certainly doesn’t talk about it or address it in his films (unless you want to consider “Babe 2: Pig In The City” a retelling of the Book of Exodus).

Arnaud Desplechin, the celebrated French director who sits on this year’s jury, is (quite definitely) not Jewish, but often explores Jewish themes in films. Some might recall that last year’s jury, headed by the Coen Brothers and featuring Jake Gyllenhaal had a decidedly Jewish spin, which was most evident in the Jury’s decision to award Hungary’s “Son of Saul” the Grand Prix, the festival’s silver medal. László Nemes, that film’s Oscar-winning director, is the sole confirmed Jew on this year’s jury, which also features Donald Sutherland and Kirsten Dunst. (I’ve been hopelessly infatuated with Dunst ever since 1994’s “Interview with the Vampire,” and hopes were kindled in my adolescent breast that she was Jewish when she starred in the 1999 television adaptation of The Devil’s Arithmetic, playing an assimilated Jewish girl who time travels back to Holocaust during a Seder. A decade later, she was quick to denounce her Melancholia director Lars von Trier for his imbecilic and borderline anti-Semitic comments praising Hitler at Cannes. Dunst walked off with that year’s best actress prize, while von Trier was labeled persona non grata by the festival and hasn’t been back since.)

Woody Allen’s “Café Society” premiered amidst renewed allegations of sexual abuse after Ronen Farrow, Allen and Mia Farrow’s son, wrote a scathing indictment for The Hollywood Reporter about what he termed “the culture of acquiescence” surrounding his father’s alleged crimes. Another period piece with a glittery cast (Jesse Eisenberg, Steve Carell, Blake Lively, Kristen Stewart and Parker Posey), it’s a story of love and romance in 1930s Hollywood produced by Amazon and slated for a summer release. I missed it, but the critical consensus seems to be that it is a sweet yet forgettable love letter to Tinseltown. Aside from Allen, the only other Jewish directors on the main slate this year are Sean Penn, whose romantic drama about aid workers in “Liberia, The Last Face,” is the actor’s first film behind the camera since 2007’s Into the Wild and the French auteur Olivier Assayas, back after 2014’s “The Clouds of Sils Maria” with the inauspiciously-titled “Personal Shopper.”

The entries by Penn and Assayas are among the 21 films competing for the Palme d’Or. Allen, presenting his 11th film (out of a total 46) at Cannes, has never taken part in the competition, saying that the idea of pitting movies against each other like athletes or sports teams went “against my common sense.” “For any group to come together and judge the work of other people is something I would never do. To make a judgment that this is the best, with the implication that in some platonic way it is the objective best, is something I don’t believe in. So I don’t want to participate in it,” he explained at the film’s press conference.

Allen’s stance prompted some theorizing from the eight-member jury when they presented themselves. Nemes seemed genuinely surprised as a first-time director about being given this honor. The 39-year-old Hungarian said that he was excited by the “randomness” in how film festivals worked. “Films are different and hopefully this competition has a lot of very different films and it shows the liveliness and energy of world filmmaking. And then, from jury to jury I guess the result will always be different.” Nemes also seemed to be expressing gratitude to the festival for letting his film compete last year, after it had originally been programmed for the festival’s second section Un Certain Regard. “I think putting my film in competition was also a sort of statement saying cinema should be open to new ways: that pioneering and looking for new ways in cinema should never stop in cinema.”

Dunst, expressing admiration for Nemes’ film, offered the best defense for the festival’s competition, which indeed valorizes certain films over others and hence spurs interest in films that would otherwise languish in obscurity. “Without film festivals,“ the 33-year-old actress said, “we wouldn’t see movies like ‘Son of Saul.’”