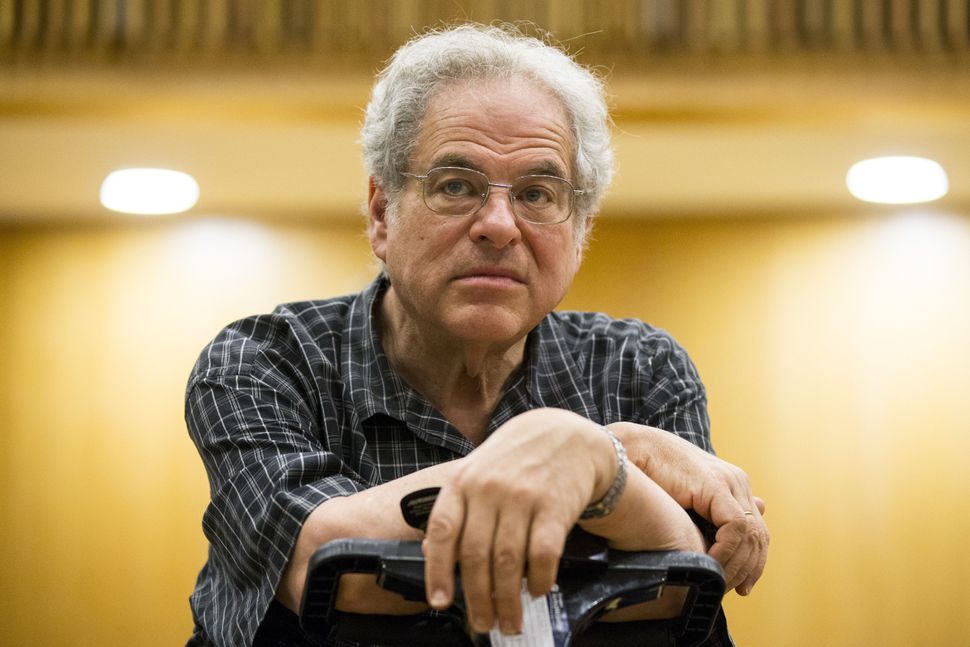 Itzhak Perlman, the famed Israeli-American violinist who performed at Barack Obama’s 2009 inauguration, has become the latest musician to cancel an appearance in North Carolina over the state’s recent bill curtailing antidiscrimination policies for people identifying as LGBT.

“As my fans know, I have spent a lifetime advocating against discrimination towards those with physical disabilities and have been a vocal advocate for treating all people equally,” Perlman wrote on his Facebook page. “As such, after great consideration, I have decided to cancel my May 18th concert in North Carolina with the North Carolina Symphony as a stand against House Bill 2.”

Talking with the Forward over the phone, Perlman elaborated on his decision.

“Since I’d first known about the HB2 situation it was always on the front burner of my thoughts, whether I should cancel or not,” he said. “I felt on the one hand that this law was discriminatory and that it would affect people that don’t deserve to be affected that way. On the other hand, I said if I cancel the orchestra there would take the brunt of this cancellation.”

He decided to go, on one condition. “I said if I’m going to go, I would like to go and voice my opinion,” he said, “so I had a statement prepared which I was going to ask them to insert in the programs for the concert.” Two days before the concert he was told he would not be able to include that insert, at which point he decided to cancel his appearance.

In choosing not to appear in Wednesday’s concert, Perlman is now part of a growing list of musicians cancelling North Carolina appearances in protest of HB2, including Bruce Springsteen, Cyndi Lauper, and Demi Lovato and Nick Jonas.

“I hope that whatever I did in cancelling and whatever musicians do in cancelling will put this anti-discrimination law on the front burner,” Perlman said.