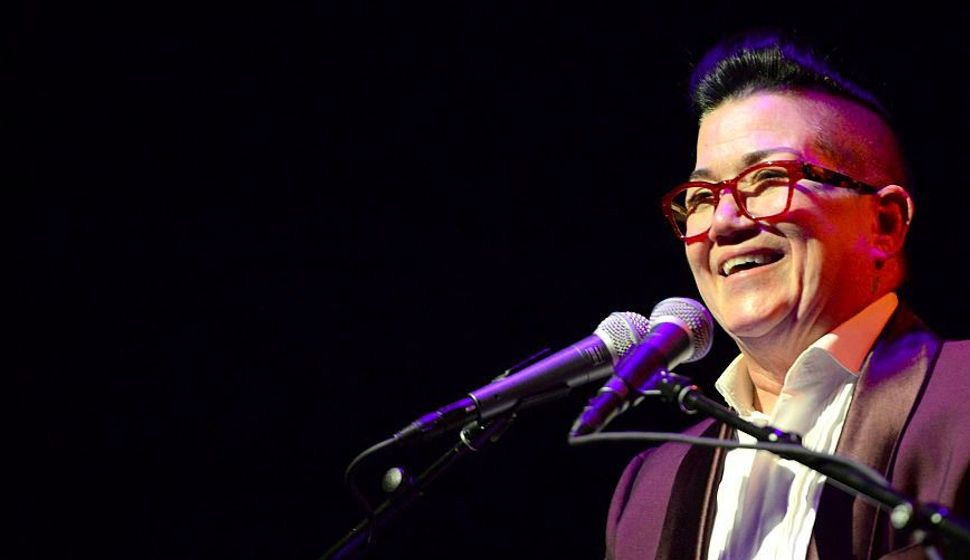 (JTA) — On her first visit to Israel for Tel Aviv’s gay pride week, “Orange is the New Black” star Lea DeLaria was wowed by the attractiveness of Israeli women.

“There are apparently no ugly women in Israel,” DeLaria, who plays a butch lesbian prison inmate on the hit Netflix comedy and is gay in real life,  Ynet Tuesday soon after arriving in the country as a guest of Israel’s Tourism Ministry.

“I’ve not seen one ugly woman yet, but I can’t figure it out because I’ve seen, I’ve definitely seen ugly men here.”

“Orange Is the New Black” is an award-winning TV series produced by Netflix and created by Jenji Kohan, who is Jewish. The show has had many Jewish moments. Netflix, an online streaming giant, does not publish the specifics of its viewership statistics, but DeLaria told Ynet the series had reached more than 80 million viewers worldwide.

The series follows an upper-class woman’s trials in federal prison. Lesbian relationships are central to the plot, including in the life of the protagonist.

DeLaria, who is a gay rights activist, said she “never in a million years” thought homosexuality would feature so prominently in a mainstream TV series. She also didn’t believe the United States would legalize same-sex marriage as the Supreme Court did last year in a ruling striking down state bans.

“It’s something I’ve been fighting for,” DeLaria said, adding that she had been assaulted and hospitalized for being gay.

She said she was amazed to “be in Israel, in the Old City, standing at the Western Wall and have a man in your army, with his gun, there to protect people, come up” and ask her to pose with him for a picture.

Israel’s Tourism Ministry invited DeLaria to tour the country for Tel Aviv Pride, which will culminate Friday with a parade through the city. Tens of thousands of locals and tourists are expected to participate in the parade, which features floats with dancers and ends at a beach party that usually continues until well into the following morning.

Tel Aviv, whose fist gay pride took place in 1993, is a leading tourist destinations for gays and lesbians, with several gay publications crowning it the world’s best.