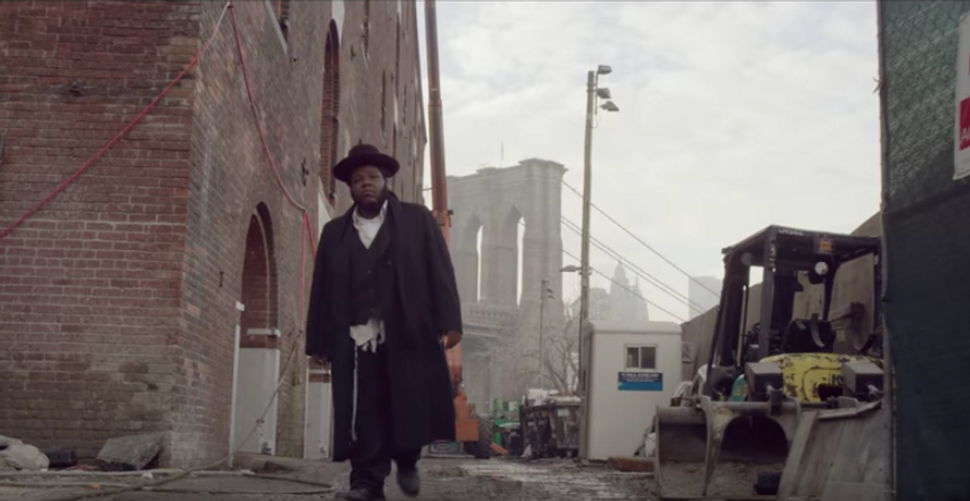 Black is also an accomplished rapper — and this week appeared in a star-studded music video titled “WeR1,” alongside other Israeli and Jewish singers.

Black’s musical path has run alongside his spiritual journey. Before coming into Judaism, Black had already begun making hip-hop inroads. Seattle Times called him “Seattle hip-hop’s first son, the mini-wrecking ball with a golden voice.” His first album was dedicated to telling the life of the streets (one early song was titled “You Need a Thug”).

But over time, his message became increasingly spiritual — and specifically Jewish. His third album, after his formal conversion, was called Ali’Yah. One song opened with the triumphant blowing of a shofar.

Now he’s collaborated with big-name Jewish and Israeli stars like Lipa Schmeltzer (their goofy, somewhat embarrassing song is called “Bar Mitzvah Time”), Gad Elbaz, Refael Mirila and others. He raps in both English in Hebrew.

Black’s latest appearance comes in a star-studded Israeli single called “WeR1,” filmed between Israel, England and the United States. The song is a project of Kesher Yehudi, a Jewish organization which “strengthens the connection between secular Jews” and the Orthodox.

Black is taking his place among other global Jewish stars.

Here is his cringe-worthy collaboration with Lipa, surely a hit at bar mitzvahs accross the world:

And another, an earlier collaboration with Gad Elbaz, performing the religious song “Hashem Melech”: