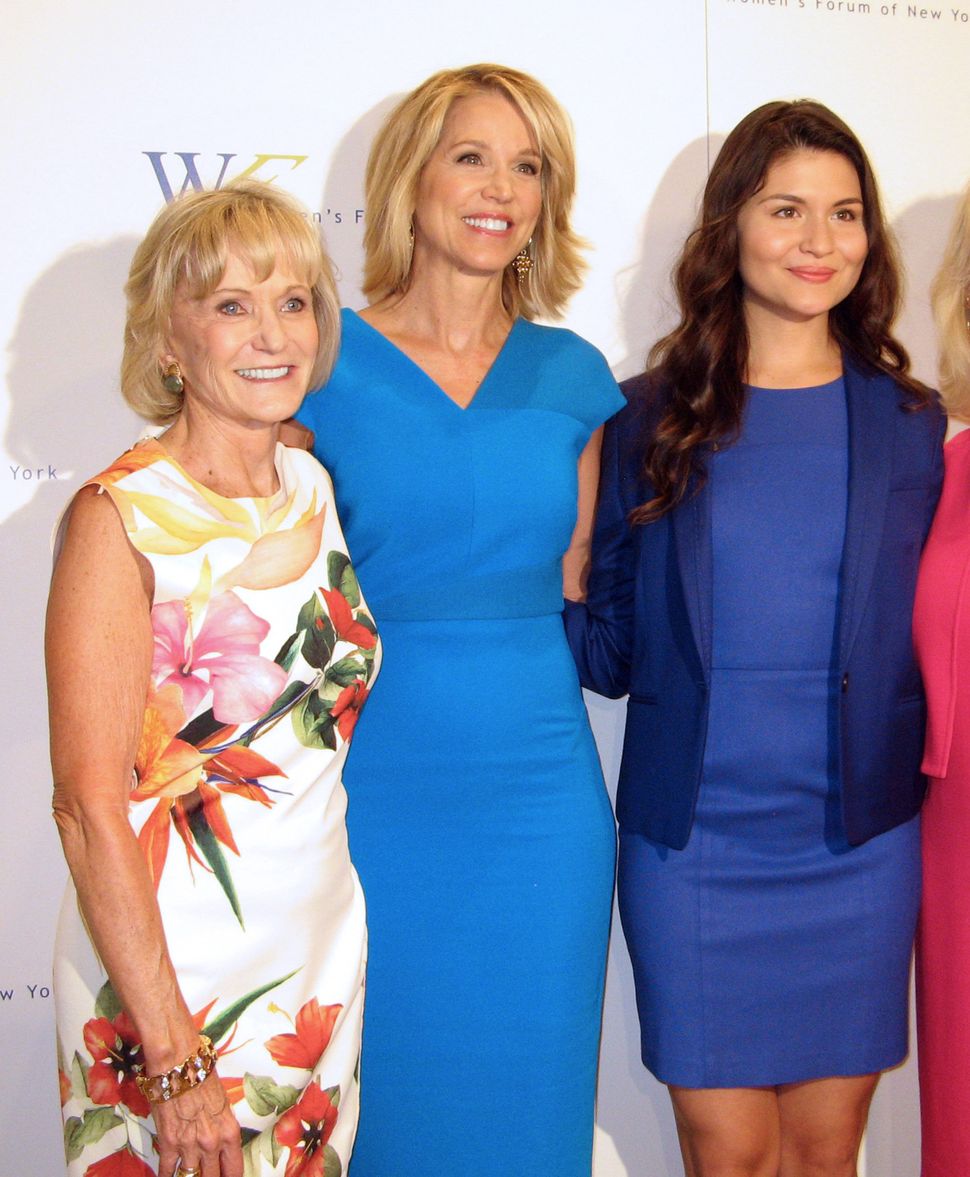 Koplovitz— [who had been nominated by President Clinton as the National Women’s Business Council] was introduced by Christie Hefner— a former chairman of—among others—Playboy Enterprises where she was the longest serving female CEO of a U.S. public company— touted the Women’s Forum of New York for its Educational Awards that for 29 years have helped mid-life women—survivors of life’s adversities—to get a college education and build better futures for their families and communities. Koplovitz recalled: “When I first came to New York, Elly was my guide.” [Elly Guggenheimer—after whom the award is named and who died at 96 in 2008—was—among her many accomplishments—the first woman member of the New York City Planning Commission].

Introduced by Cathy Baron Tamraz, Chairman and CEO of Business Wire, Rosie Rios informed: “My mother—who left an abusive relationship— raised all nine of us on her own, sending them off to college. She should be honored—not me. I am here standing on the shoulders of hundreds of women who were written up in history…. It’s never all about one woman…. there were the Suffrage women who will be highlighted on the $10 bill…. So what is happening in four years?…. It is the 100th anniversary of women earning the right to vote…[for us to have] power over ourselves and our choices.”

Phillipa Soo [“Hamilton’s”’—Eliza Hamilton] was introduced by her “Hamilton” co-stars Renee Elise Goldsbery and Jasmine Cephas Jones. Soo commented: “Throughout history, women have leaned on each other…much in the way as the sisters in “Hamilton” leaned on each other. I stand on their shoulders as well…. Not only aware that [we are] strong, but we choose to pursue a dream with a razor sharp focus…burning motivation…. This room is full of men and women who offer up their shoulders for others to stand on…We are able to come together.”

In 1997, I was invited to Elinor “Elly” Guggenheimer’s party that she hosted for the launch of Jo Foxworth’s “The Bordello Cookbook”. That evening Madam Foxworth [in a brown wig] and Madam Guggenheimer [in a flaming red feathered headgear] greeted guests in her red illuminated a-la bordello-inspired apartment. I recall asking Foxworth if she had come across any Jewish madams of note… Look…these millionaire madams were the first group of successful businesswomen in America until post World War II.”