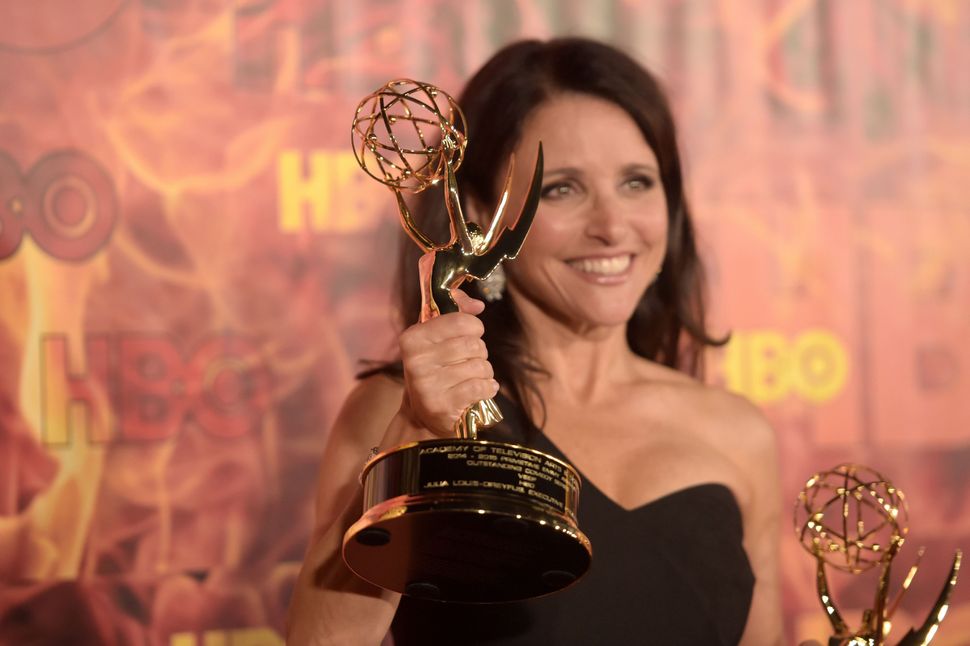 Television’s biggest night of the year is only two months away and anticipation is building as the Emmy nominees were announced this morning. Good news, all your favorite Jewish shows and actors were nominated!

Jeffrey Tambor (“Transparent”), Julia Louis-Dreyfus (“Veep”) and even Jerry Seinfeld’s “Comedians in Cars Getting Coffee” all got nods. Joining them is funny woman Amy Schumer (our favorite!) for season four of Comedy Central’s “Inside Amy Schumer” and Liev Schreiber for “Ray Donovan.”

What we wouldn’t give for one of the “Game of Thrones” dragons to be Jewish, they would pick up every award!

Read the full list of nominees below and tune in September 18 for the glitz and glamour:

Lead Actor in a Drama Series

Lead Actress in a Drama Series

Viola Davis, How to Get Away With Murder

Lead Actor in a Limited Series or Movie

Bryan Cranston, All the Way

Lead Actress in a Limited Series or Movie

Lead Actor in a Comedy Series

Aziz Ansari, Master of None

Will Forte, Last Man on Earth

Laurie Metcalf, Getting On

Lead Actress in a Limited Series or Movie

Comedians in Cars Getting Coffee