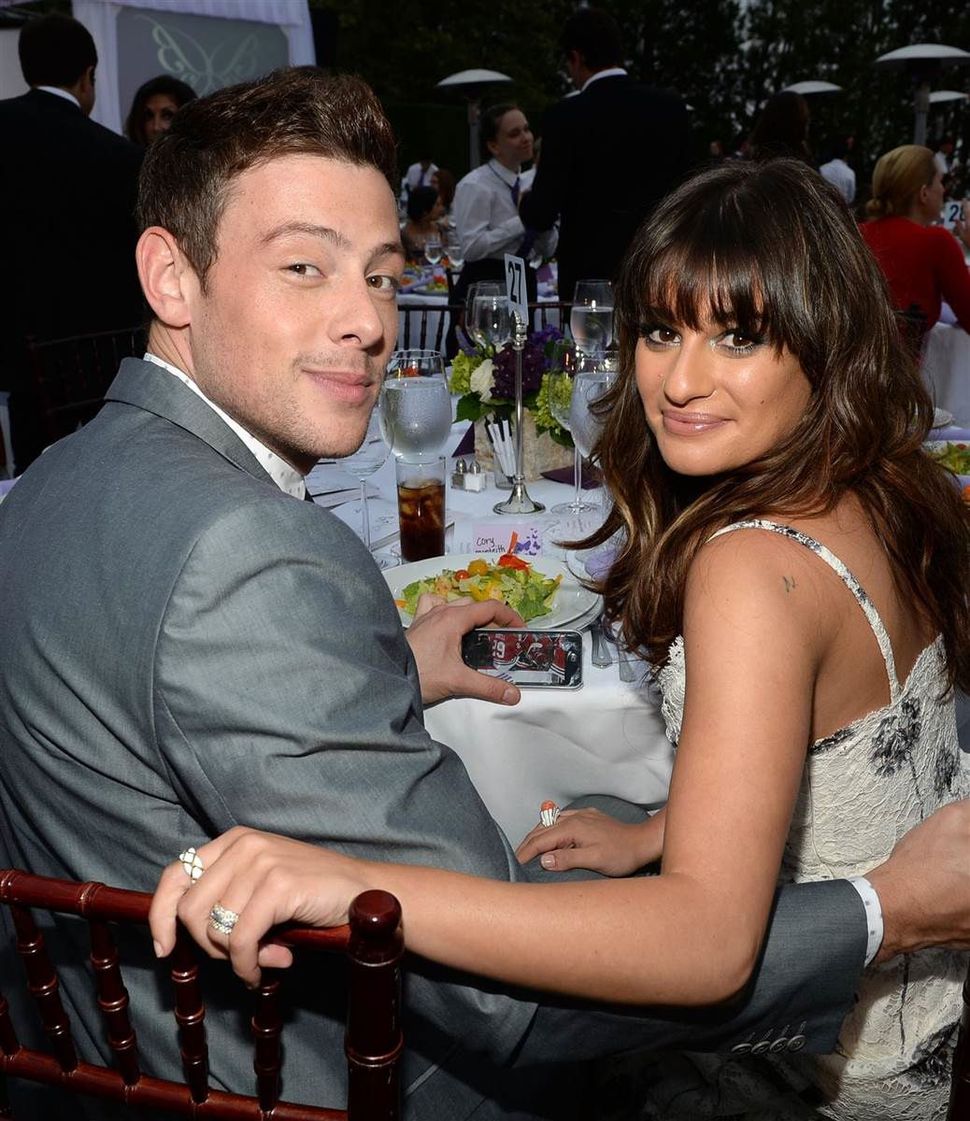 “I know everyday you’re watching over me, and smiling. Love and miss you Cory, everyday, but today a little bit more ♥.” the 29-year-old singer-actress tweeted.

I know everyday you’re watching over me, and smiling. Love and miss you Cory, everyday, but today a little more..❤️ pic.twitter.com/gyahNm5mmH

She also took to Instagram writing, “We may not have gotten to share a lifetime together.. But the memories.. they’re the best of my life.. Love you Cory ♥.”

We may not have gotten to share a lifetime together.. But the memories.. they’re the best of my life.. Love you Cory❤️

Monteith, who played Michele’s on-again off-again love interest on the hit teen comedy “Glee,” died of a drug overdose in 2013.

The pair briefly dated at the start of the show, but didn’t make it official until 2011. “One day we just looked at each other and we were like, ‘You wanna do this?’ We knew.” Michele said in an interview with Elle.

In an all too close case of art imitating life, “Glee” writers wrote Monteith’s death into the show, with an episode featuring Michele’s character performing a heartbreaking cover of Bob Dylan’s “Make You Feel My Love.”

In April, Michele paid another pint-sized tribute, in the form of a tiny tattoo “5” inscribed on her rib cage—an homage to the number on Monteith’s character’s football jersey.

“And one more.. for my quarterback..#5 ♥,” she wrote alongside an Instagram snap.