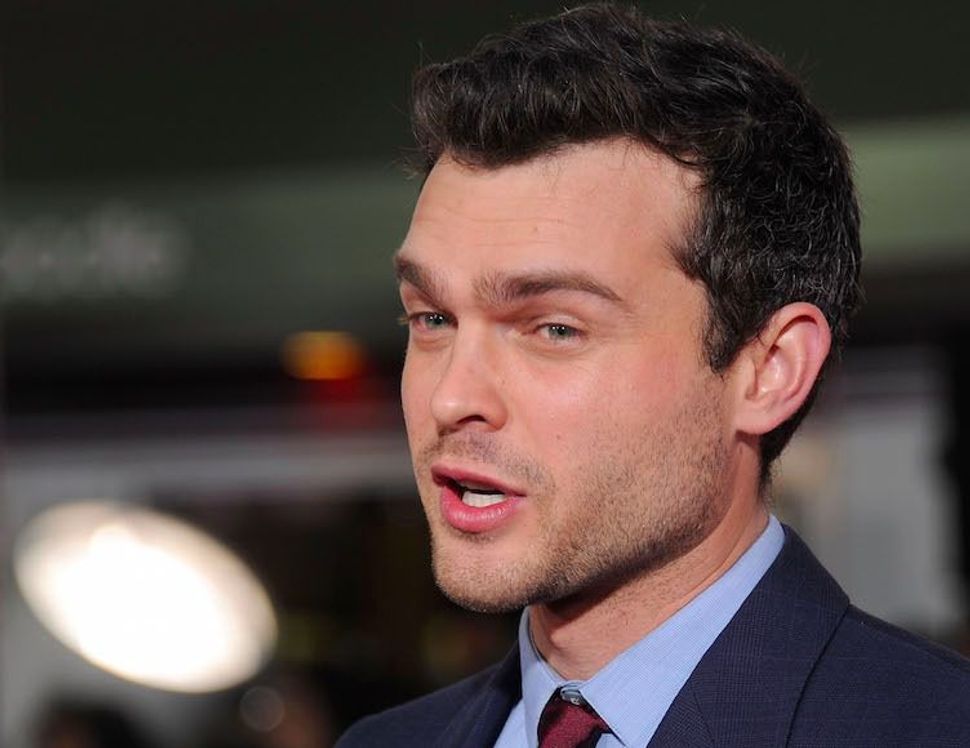 Jewish actor Alden Ehrenreich will play a young Han Solo for a “Star Wars” prequel about the early life of one of the series’ most beloved characters.

Ehrenreich, 26, was introduced Sunday at the Star Wars Celebration Europe event in London, E! News reported. Rumors floated two months ago that the Los Angeles actor would be cast in the role.

He has appeared in numerous films, most recently playing a hick star in western films in the Coen Brothers’ “Hail Caesar.” He also appeared in Woody Allen’s “Blue Jasmine.”

Ehrenreich’s big Hollywood break came 12 years ago when he made a movie screened at the ceremony of a friend’s bat mitzvah, according to the Daily Beast. Although Ehrenreich later described the film as “a piece of s***,” director Steven Spielberg, whose daughter Sasha was friends with the bat mitzvah, was in the synagogue and was impressed.

In January, four other Jewish actors — Logan Lerman, Dave Franco, Ansel Elgort and Emory Cohen — made the shortlist of those under consideration for the starring role, according to a list published by Variety.

The prequel, which as yet is untitled, is scheduled to be released by Disney in theaters in May 2018.