Ivanka Trump Defends the Donald Against Claims of Anti-Semitism 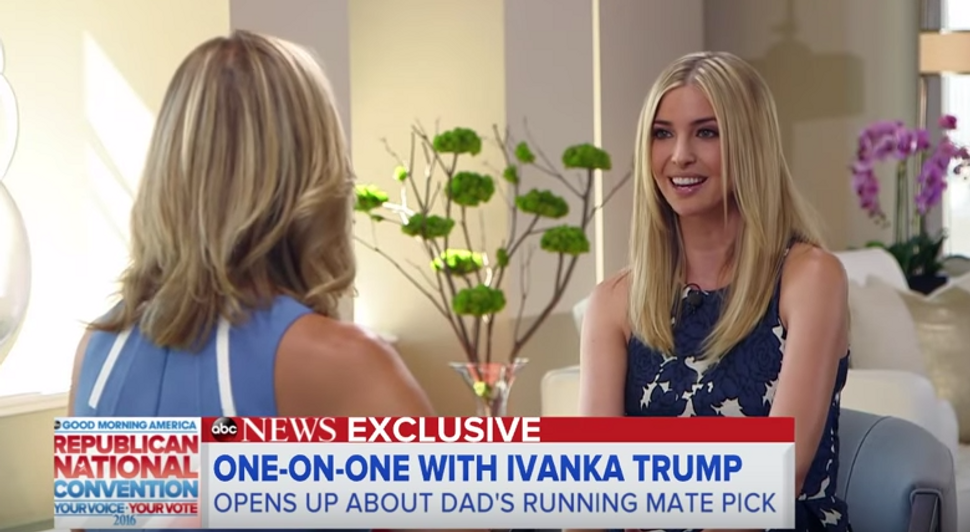 In a pre-taped interview with Good Morning America, Ivanka Trump took a strong and defensive tone against those who charge her father with anti-Semitism.

When asked about the image Donald Trump tweeted of Hillary Clinton’s face next to a six-pointed star against a backdrop of money, Ivanka Trump insisted that her father “clearly did not think that was the Star of David.” 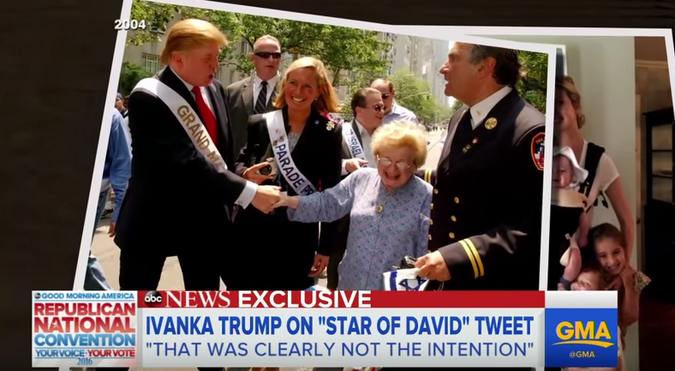 She added: “My father’s track record of supporting and advocating for Jewish people and for Israel is unimpeachable. Whether it being the grand marshall of the Israel Day Parade when it was not advantageous to do so to the support he has offered my husband, myself and our family as a young Jewish couple.”

Watch the full interview below:

Ivanka Trump Defends the Donald Against Claims of Anti-Semitism