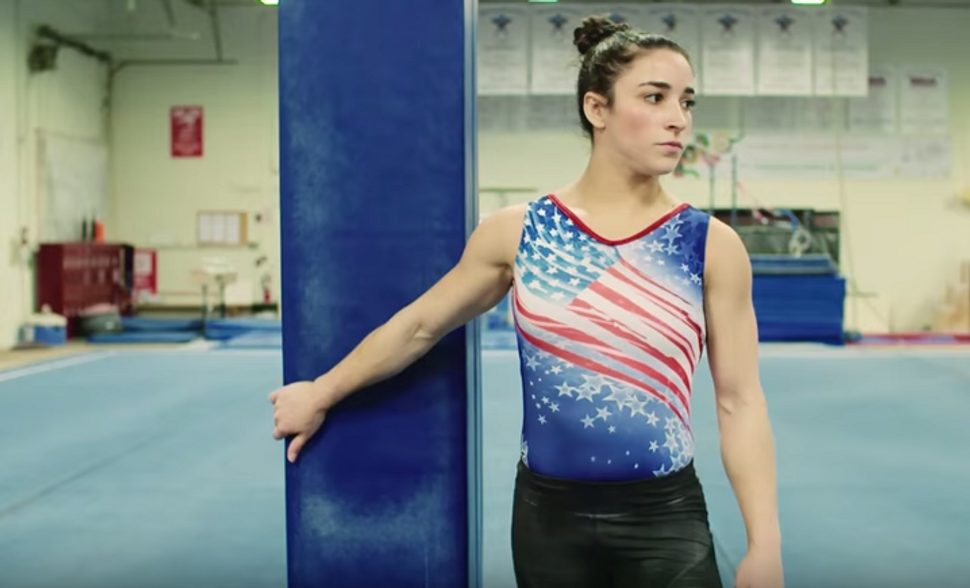 Aly Raisman is a Gold medal-winning Olympic gymnast, but she’s not sitting back on her laurels just yet.

Raisman broke down all the components of her upcoming routine for the Rio Olympics in a Wall Street Journal video, giving us just a glimpse at the staggering amount of work that goes on behind the scenes. The routine includes a roundoff, one-and-a-half stepout into a roundoff, back handspring, then an Arabian double front into a punch layout. Say that three times fast!

The 22 year old first won the hearts of American Jews when she performed her floor routine to the tune of “Hava Nagilah” during the 2012 London Olympics. Incidentally, it was during the 40th anniversary of the Munich massacre, at the same time that the International Olympic Committee was heavily criticized for not honoring the slain Israeli athletes with a moment of silence.

Speaking with the Forward at the time, Raisman said she picked the song because “I really liked the music and wanted to get something people could clap to and relate to.” We can’t wait to see what surprises she has in store for us in Rio.